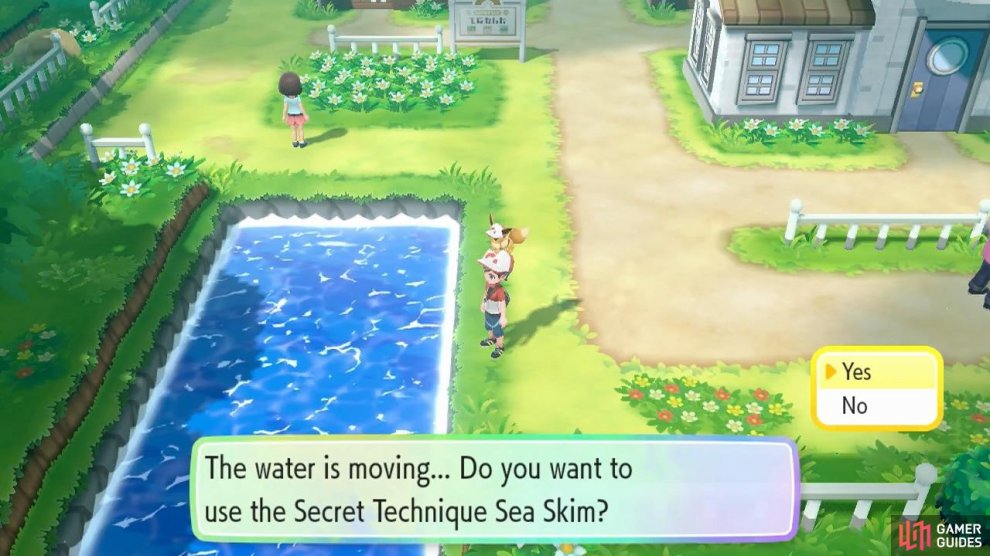 This part is completely optional, but if you want a sure-fire way to defeat Sabrina at the Saffron City Gym, listen up! Originally, Sabrina's Gym was notorious for being the hardest Gym because Psychic-types had no reliable counters. Bugs and Ghosts were meant to counter them, but all Ghosts and most Bugs were Poison-type and thus weak to Psychic.

To add further insult to injury, the strongest Ghost-type move was Night Shade, which dealt fixed damage and thus can't inflict super-effective hits. Meanwhile the only other Ghost-type move was Lick, which was weak and somehow did no damage to Psychics. So Pokémon trainers back then didn't have a whole lot of options, besides brute forcing.

Thankfully, times have changed, but Sabrina and her Psychic-type trainers are still a force to be reckoned with. Now, as some of you ought to know, Dark-type Pokémon were introduced to counter Psychics. They are both super-effective against Psychics and take no damage from Psychic-type attacks. Fantastic, except you can't catch any Dark-types in Kanto.

But it's not impossible to obtain a Dark-type. Firstly, in the Cerulean City Pokémon Centre, you can trade for an Alolan Rattata, which is a Normal and Dark-type. If you have the patience, you can train and evolve it into Alolan Raticate. Between Crunch, Sucker Punch and Hyper Fang, it can probably handle the Saffron City Gym with ease.

However we understand not everyone has the power of hindsight, or the patience to train a Raticate up to Level 40+. So thankfully there's a second option that's much easier, although it requires some thinking outside the box. First, you will need Sea Skim from Fuchsia City. Once you've got it, Sky Dash to Pallet Town, where you first started.

Head south and Sea Skim onto the water below, to reach Route 21.

What you want to do is go through Route 21 to get to Cinnabar Island. There are a bunch of Pokémon trainers around, but it's fairly easy to avoid them. First, continue south until you reach one of many islands. Align yourself so you're in-between the two islands on the left and right, then proceed south from there.

Pay attention to your right. When you reach an island with a Roughneck in the middle, slow down a bit. Continue south, but be ready to move left in an emergency. South-east from the Roughneck's island is a Swimmer who may be able to see you when he's looking left. Next, go south in-between an island with a Fisherman and an island with a Sailor.

After that, there's an empty island on the left. Slow down again. Further south, a bit to the right, there's a Swimmer who may look to the left. If unsure, head west until you can't see him, then continue south from there. In any case, swim south-east from the island with an item on it. You'll reach the northern side of Cinnabar Island. 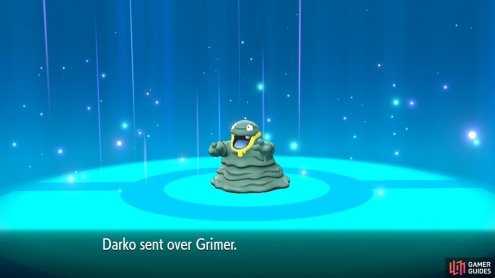 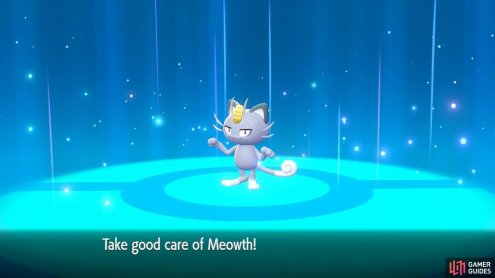 Head for the south side of the island and enter the Pokémon Centre. Inside, go to the top-right corner and chat to the Punk Guy. If playing Let's Go Pikachu, he will trade his Alolan Grimer for your regular Grimer. To catch Grimer, you can either visit the Power Plant or the Pokémon Mansion towards the north-west of Cinnabar Island.

Most likely, you'll want to visit the Pokémon Mansion. Just hang around in the entrance area and you should bump into a Grimer before long. The Alolan Grimer is Poison and Dark, which is actually perfect. Poison-types are normally weak to Psychic, but since it's Dark as well, it doesn't have to worry.

If playing Let's Go Eevee, the Punk Guy will trade his Alolan Meowth for your Kantonian Meowth. We already suggested catching 5 Meowth earlier in the game, so hopefully you still have those. If not, go back to Route 24 or 25 to catch a Meowth. Now that you've arrived at Cinnabar, you can Sky Dash back here at any time.

Simply use a Rare Candy or train your Alolan Grimer or Meowth a single Level and it'll evolve straight away. The Alolan Muk is pretty much ready, since it knows Crunch. But you also can teach it Poison Jab via TM26 (from Celadon City). As for Alolan Persian, you should teach it TM20 Dark Pulse from the Team Rocket Hideout.