It's time to bring the Empire down once and for all. Your first goal upon receiving this quest is to go get orders from Ulfric. Ulfric is at the GATES of Solitude, and you can see the signs of war as you approach.

Once you get near Ulfric, he will give a speech to motivate the soldiers before we all go storming into Solitude. Approach the city gate and enter (you'd think they'd lock the thing). Once inside, head forwards with the soldiers and wipe out the Imperials. However, unlike the fort missions, the Imperial army NEVER STOPS COMING once you're inside Solitude. This can be a blessing or a curse... depending on how much killing you like to do. Just keep that in mind. Also keep in mind that Ulfric is completely unable to die, so there's no need worrying about that.

Keep going forwards. The first path to Castle Dour (which is our goal) is blocked off by an iron gate, so don't bother taking the stone rampway up unless you want to fool around and kill soldiers for awhile. Instead, head further into the city past the barricades. You'll enter the residential section and need to fight your way forwards and up the hill to the left. Once you get up here, you can either stick around to kill Imperials as before or just enter Castle Dour.

Note: While I had my weapons out, I was entirely unable to participate in the fight. However, Tallius, Ulfric, and Galmar are all unable to die.

The fight itself will stop with Rikke's death. At that point more talking will ensue (I'm sure Tallius is right and this is what the elves wanted), but at the end Ulfric will ask if you want to finish Tallius off, and will give you his enchanted Glass Sword (which I'VE never seen him use) to do it. Equip the sword if you wish and kill Tallius off once and for all.

Technically, this finishes the "Battle for Solitude" and "Liberation of Skyrim" mission, but Ulfric will ask you to come stand by his side while he gives a final speech. Agree to do so and stand outside with him and Galmar. Ulfric will thank his troops and re-install the Jarl of Solitude. He'll also garrison Stormcloak troops here in case the Empire ever tries to return.

After the speech, you can ask Ulfric and Galmar if there's anything else you can do. Both will respond saying no: the only thing more you can possibly do is to kill any Imperials you happen to find (they have scattered camps left throughout Skyrim). Ulfric will also tell you that he'll wait for the Moot to convene to claim him High King of Skyrim instead of just claiming it.

And with that you've liberated Skyrim from the Empire, giving them a chance to forge their own way ahead instead of living with the Empires treaties. Congrats on completing the Stormcloak's side of the Civil War quests. 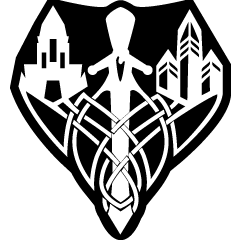