Here's another fun fight. Go join the troops south of Fort Snowhawk and you'll begin an assault on the place. You have about 9-10 troops with you, and your goal is to kill all of the Imperials at Fort Snowhawk.

Instead of killing everyone there though, you have to kill everyone who's there AND everyone that the game spawns in as reinforcements. To keep track of your progress, the game represents the Imperial force as "100%" and for every few Imperials you or your fellow soldiers kill, that number drops.

It's a fairly easy (but fun!) mission since you have so many allies and can easily pick off Imperials when they aren't focused on you. Or, alternately you may wish to be in the thick of the action, as you can save the lives of some fellow soldiers if you are.

Note: I only had one ally die. See if you can beat me and have no allies die! Good luck!

After the fight you'll be back on the "Liberation of Skyrim" mission, so go talk to Ulfric to continue. 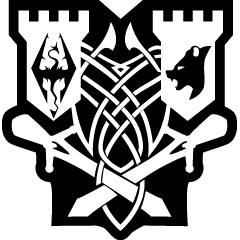