How to trigger: The easiest way to get this quest is to go talk to a bartender and ask them about rumor’s they’ve heard. Eventually you should get the miscellaneous quest called "Visit the Shrine of Azura". OR you could just visit the shrine, which is located just SOUTH of the big city of Winterhold. It’s on top of the peak of the mountain, but there’s stairs going up to it if you approach from the NORTHWEST. Be wary of Ice Trolls and the like though!

Once you reach the shrine the Dunmer priestess there will say she forsaw your coming. She will tell you that Azura choose YOU to be her champion, which all sounds a little TOO convenient.

Anyways, you’ll get the quest "The Black Star" now. Your first goal is to find "an elven man, who can turn the brightest star as black as night". That doesn’t help very much, but the priestess (whos name is Aranea) will tell you she thinks he’s in Winterhold.

Travel down to Winterhold and enter the Inn there (the Frozen Hearth Inn). Here you can ask the innkeeper about elves who play with stars and he’ll tell you to try the college, or the inn’s resident mage Nelacar (who’s probably sitting nearby). The objective will change to "talk to Nelacar" so go over and talk to him. Choose INTIMIDATE when you get the option and he’ll comply, asking what you know about soul gems. Follow the conversation to learn about Azura’s Star and what Malyn was trying to do with it. After the chat, your next objective will be to find Azura’s Star. 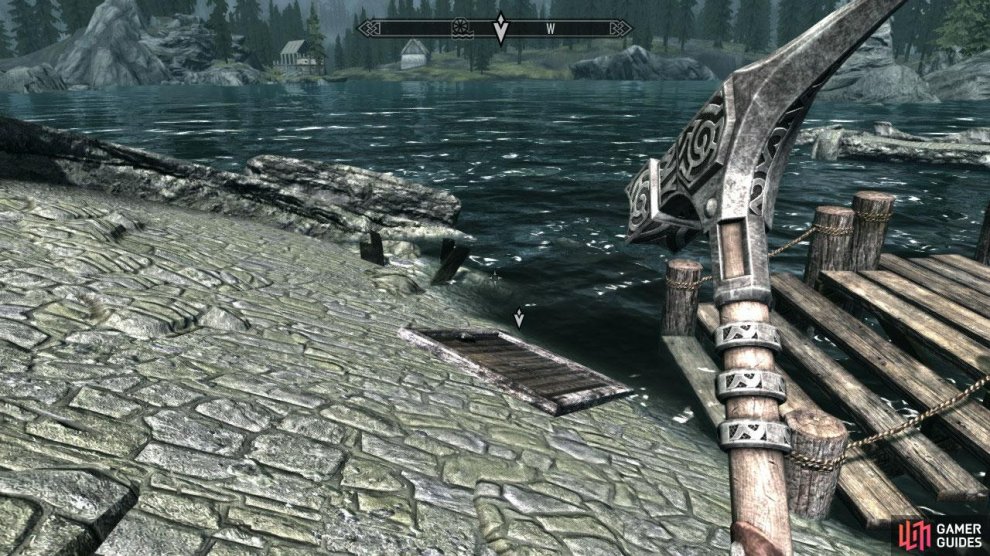 Inside skeleton jesus will greet you and let you know this is NOT a safe place. Continue forward into the big room and you’ll have no choice but to go down the hallway on the left. Further ahead is a big room with a necromancer in it (and maybe a skeleton) so take them out. Past the door are two more necromancers that may join in the fighting, but all of these guys are apprentices so no worries. Loot the place good and take the right wooden door to continue.

Further in is a stronger necromage and a skeleton. Also notice how half the room is flooded (well duh, we’re under the lake at this point). You can swim here, and as you can see there’s a path that leads underwater to another room. There’s a chest down there, but you have to be FAST to grab it (don’t worry about it otherwise as there’s nothing really good in it). Go through the next door to continue.

You’ll find two more apprentices with a ARCH Necromancer further in (past a room full of beds), hanging out with a bandit. The arch necromancer can obliterate you if you’re not careful. Take them out and loot the place. You can pick the door on the right to get to a bedroom and a chest. There’s also an ENCHANTING SKILLBOOK here called "A Tragedy in Black" .

Loot the place good and around the next turn are two more skeletons. Kill them off and note the water area here. There’s a locked door down in the water that guards a chest and a bunch of goodies if you’re interested. Grab the chest on dry land as well and go through the door. As you go on there’s another locked door on the right guarding a storage room. Keep following the path until you unlock a door and are able to zone into "Ilinalta’s Deluge".

In this new area, head to the big room up ahead where two necromancers will be talking. Get the jump on them and kill them off. There’s a CONJURATION SKILLBOOK here named "The Doors to Oblivion" by the way. Be sure to go through the RIGHT door first as its a supply closes loaded with potions, then go down the left-hand path (grab the chest!).

In the next area is a patrolling mage and a bunch of prison cells. Kill him and save. The next room has a MASTER necromancer, and he can hit hard as well as raise up 2-3 skeleton allies in a hurry. Kill him off asap. 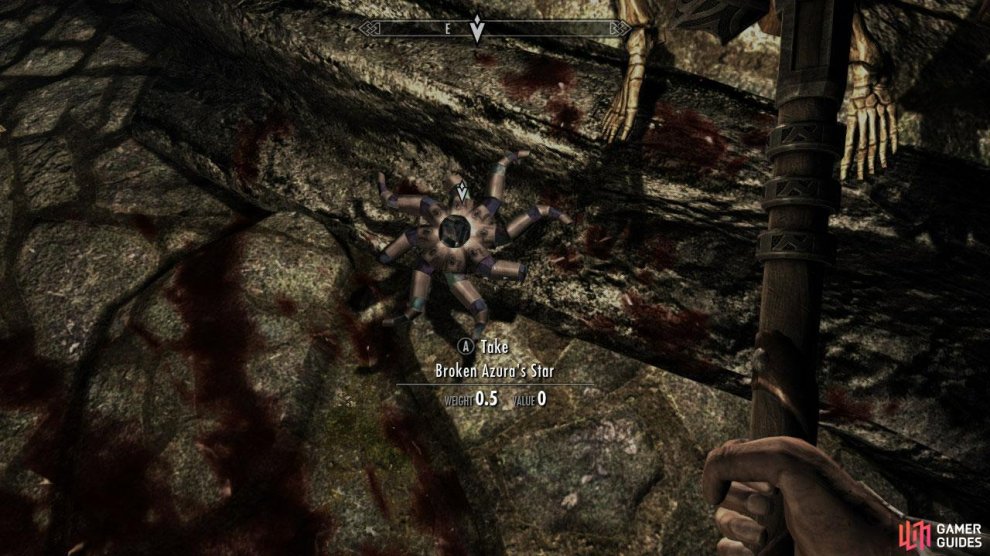 Bringing the Star to Aranea

Aranea will thank you and present the star before Azura. She will then ask Azura to mend it. After a bit, she’ll tell you to talk to Azura yourself!

Note: If you’re not a ranged user, you want to make sure you are as MAGIC RESISTANT as you can get before entering the star. Fair warning! 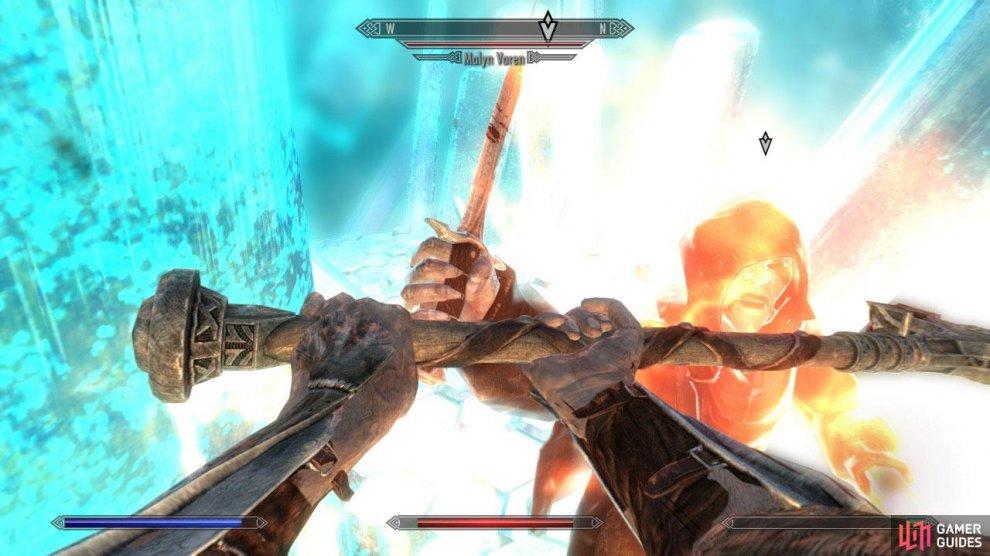 Be sure to loot them for their hearts afterwards (there’s a sentence I never though I’d type). Further down below you can find Malyn, who’s nowhere near as tough as the Daedra (you can even sneak attack him if you try). Once he’s dead, it’s all over

For helping out Aranea, you’ll get THE WHITE STAR as your rewards: a SOUL GEM that will NEVER break and only accepts WHITE SOULS. That will also end this quest. Congrats!

Note: For the record, I went with giving the star back to Aranea. It’s your choice though, just don’t expect Aranea to ever be your follower if you go against her.

Giving the Star to Neclacar will give you the Star that requires Black Souls (aka: Human souls). And he doesn’t offer to follow you like Areana does (so we went with Areana - but the choice is ultimately yours).