A New Order [Dawnguard Only]

Fast Travel back to Fort Dawnguard and deal with the surprise Vampire attack outside the Fort. Have a chat with Isran to bring him up to speed on your developments and he’ll ask you to recruit two specific people to the cause; Gunmar and Sorine Jurard. 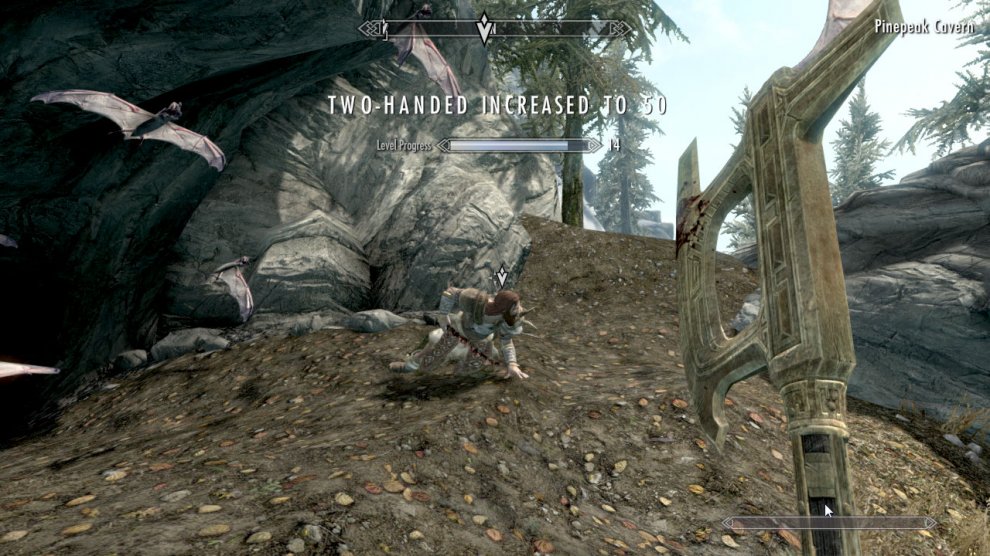 Gunmar can be found in a camp just north of Ivarsetad, so fast-travel there and then head north and just over the bridge you should spot Gunmar tackling a bear. Help him with it, then after a quick chat he’ll ask for some help with the bear inside the cave. Put both bears in here to sleep and then speak with Gunmar again to get him to agree to helping with the cause.

Note: If you open the chest in here you’ll find [Meridia’s beacon] , which will activate a completely non-DLC related side-mission in your journal (called ‘The Break of Dawn’). 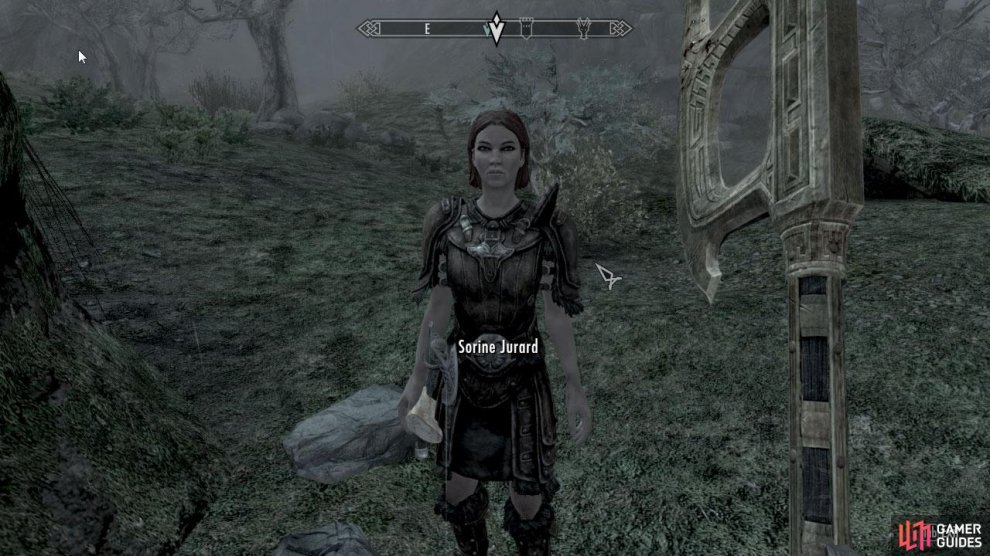 You can find Sorine at a riverside (on the west side of the map, south-west of ‘Volskygge’). Once you’ve reached her (she’ll be on her own), have a chat with her and she’ll tell you that she needs one Dwarven Gyro before she’ll help.

If you already have one on you then great! If not; then you can find her lost bag beside the river, behind the crooked rock (to the right of where she’s standing). Take one gyro out of it and hand it to her to convince her to join you; now simply fast-travel back to Fort Dawnguard and head inside to the main hall to kick off your next quest; ‘Prophet’.