You need to meet Tolan in 'Dimhollow Crypt' and this is located back in the main world of Skyrim, so you can fast travel to a number of locations close to the mountain-side entrance we’re looking for (such as Ustengrav).

Once you’ve scaled up (or ran down) the mountain path you’ll come across an opening in the mountain with a bridge and a torch outside by some steps. This is the entrance you’re after, so step on inside to begin this mission proper.

Ready your weapons as soon as you’re inside as you’ll encounter a few Death Hounds and a couple of spell-happy Vampires. Search their corpses for cash and other useful loot, then if you head around to the right (to some stairs), you’ll find a [Iron Mace of Weariness] tucked away to the right of the steps (just inside the archway). 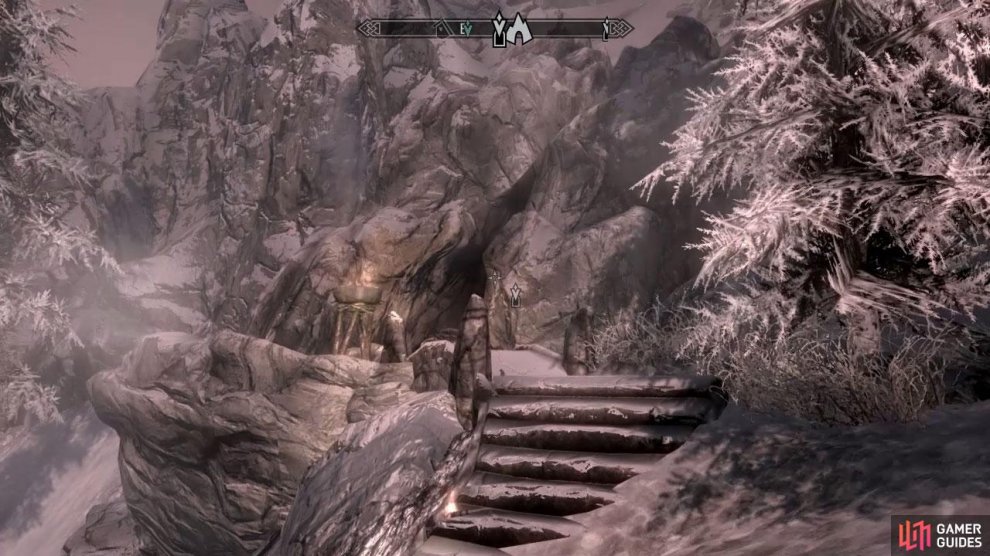 Pocket all the potions upstairs, pull the chain to open the gate ahead and, before entering the door, you’ll find poor Tolan has been murdered by the Vampires. Relieve him of any items you find of use (he’s got unique robs and weapons on him the [Apprentice Robes of Restoration], the [Amulet of Stendarr] and the [Iron Warhammer of Burning] .)

Be wary of the Vampire Fledgling hiding in the far-end of the water-room a bit further up as she’ll summon some skeletons to her cause. Loot her corpse, flick the nearby lever and then walk into the square room with the Alchemy table in the corner.

Run down the stairs, kill the Vampire and Death Hound down here and if you open the gate hidden on the left-side, you can access a Master Difficult chest where you’ll find the following items: [Hide Shield of Dwindling Flames], [Dwarven Bracers of Wielding], [Apprentice Robes of Destruction] and some gold. 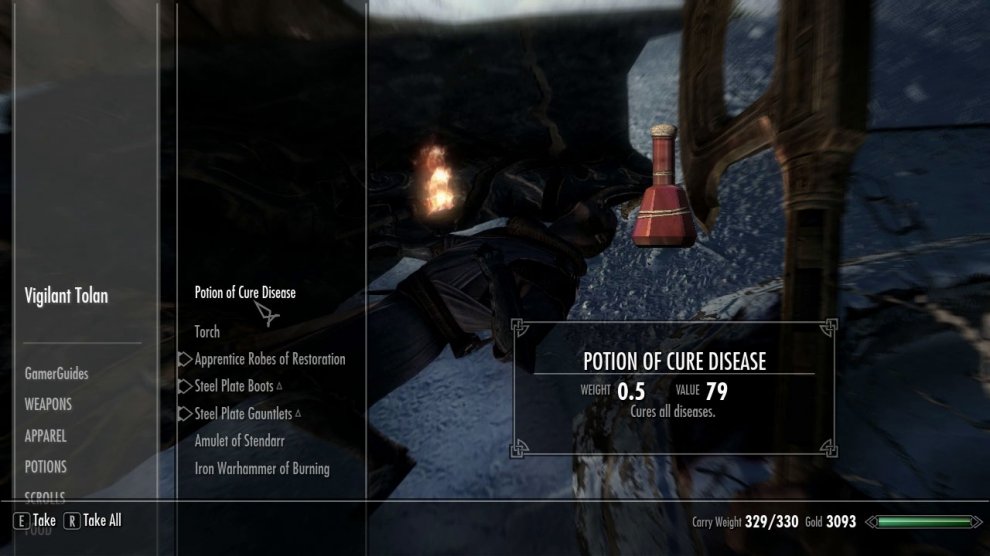 Past the winding corridor there’s an open waterfall room with another skeleton-loving Vampire; so see to her then to the Skeletons. Up and around the corner’s another Vampire Fledgling (along with some Death Hounds), so kill them, loot them then search all the Urns here for more items (including the [Scroll of Mayhem] tucked away in a chest).

Open the lever in the next room, deal with the Frostbite Spider in here and loot everything before entering the door to 'Dimhollow Cavern'.

Pick up the [Scroll of Fire Storm] from the pedestal in front of you and when you enter the next room, ready yourself for a battle with a regular Vampire and one named 'Lokil' (who is harder to kill). Loot the chest to the right of the stairs leading to the main circular platform and then ready for combat once again as you head towards the round arena ahead of you. Once you’ve dealt with the Vampire’s Thrall, it’s time to solve the puzzle! 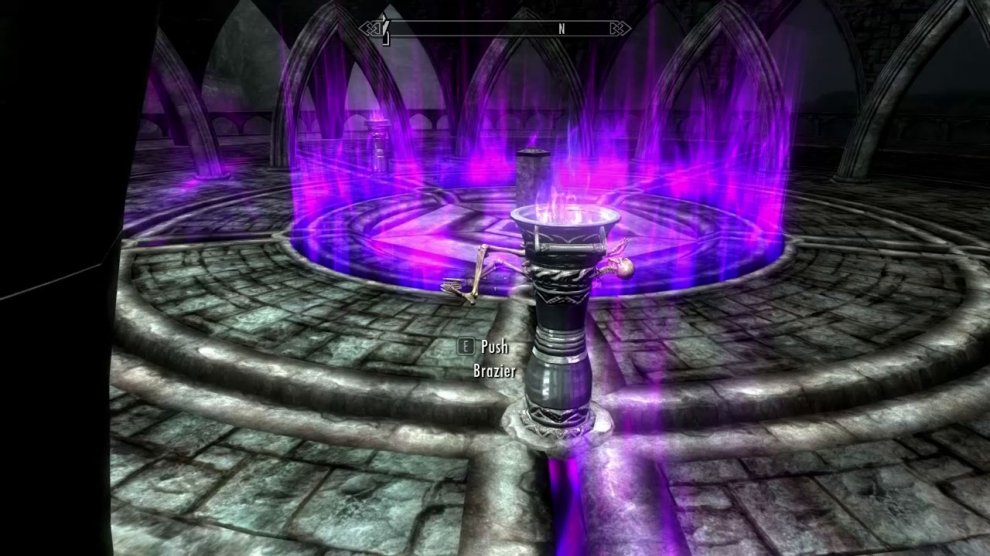 Walk over to the button in the middle of the area and then press use to impale your hand and set off a circular flame (that you can safely walk through). The objective here is to light the Braziers dotted around the outside.

This’ll solve the puzzle, so step into the flames to reveal the steps and then activate the Stone Monolith to reveal the surprise inside! Chat to the 'Mysterious Woman' and you’ll complete this quest and begin the next one; 'Bloodline'.