This mission is based entirely in the – rather large – Soul Cairn, a barren world filled with wandering souls, lots of skeletons and even some giant health-sucking soul gems! You need to make your way right to the opposite end of the Soul Cairn, and be warned, it’s a fairly long trek!

Your destination is the opening in the wall ahead of you in the distance (the opening is the half-way point of this area). Chatting to some of the souls here will trigger off a multitude of miscellaneous side-missions (which we’ll cover in their appropriate page in the guide). 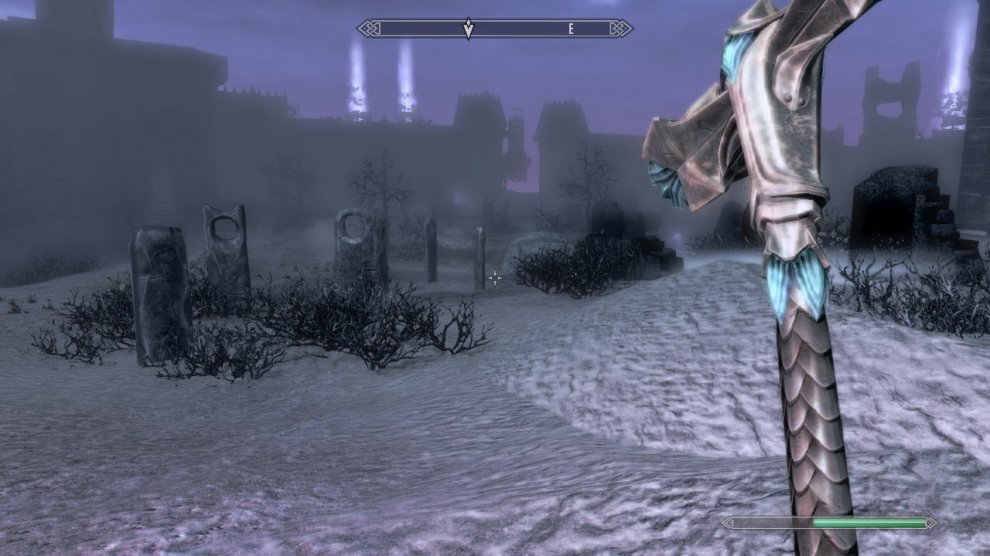 So if you’re not looking to wander around aimlessly, run straight forwards, and when you reach the stairs leading over into the next area of the Cairn, stick to your bearings (look for the two lights in the distance as this is your destination).

Once you reach the far end of the Cairn, you can instigate the chat with Serena’s mum and she’ll reveal she has the Elder Scroll you’re after but that you’ll need to kill three enemies known as ‘Boneyard Keepers’ (think of them as mini-bosses).

There’s no set order in which to pick them, but you’ll need to keep referring to the map to ensure you stay walking in the right direction (as your pointer will keep pointing south the whole time – unhelpfully).

Note: One of them requires you to jump into a purple teleporter-pool, where you’ll reappear up a tower (head up the steps to find it). 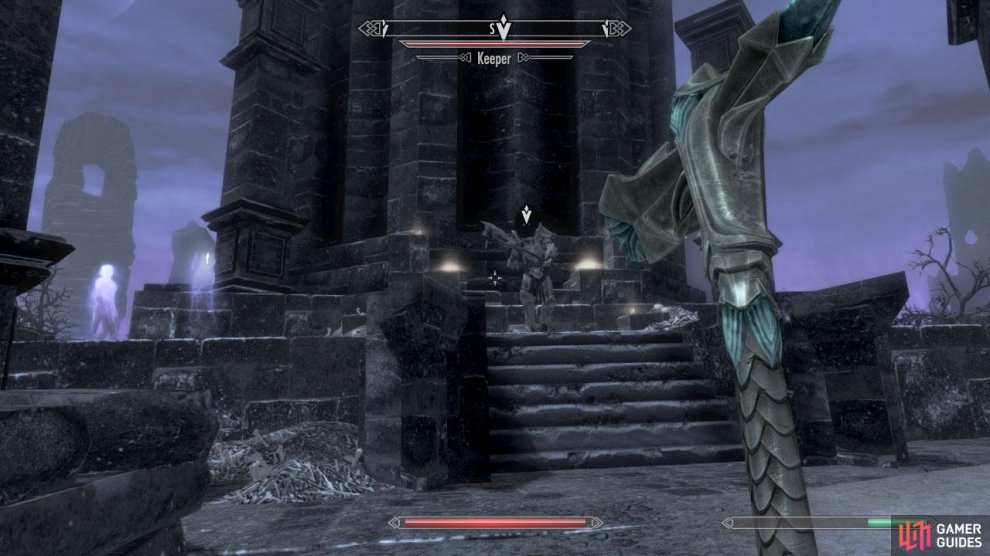 There’ll be plenty of cover during each encounter, and they’re not too hard to beat either, just be sure to wait for Serena to be by your side for some super-helpful assistance.

Once all three have been taken care of, head back to Serena’s mum and you can use her Alchemy table if you want to knock up a few potions, otherwise, head through the double doors for a dragon fight! 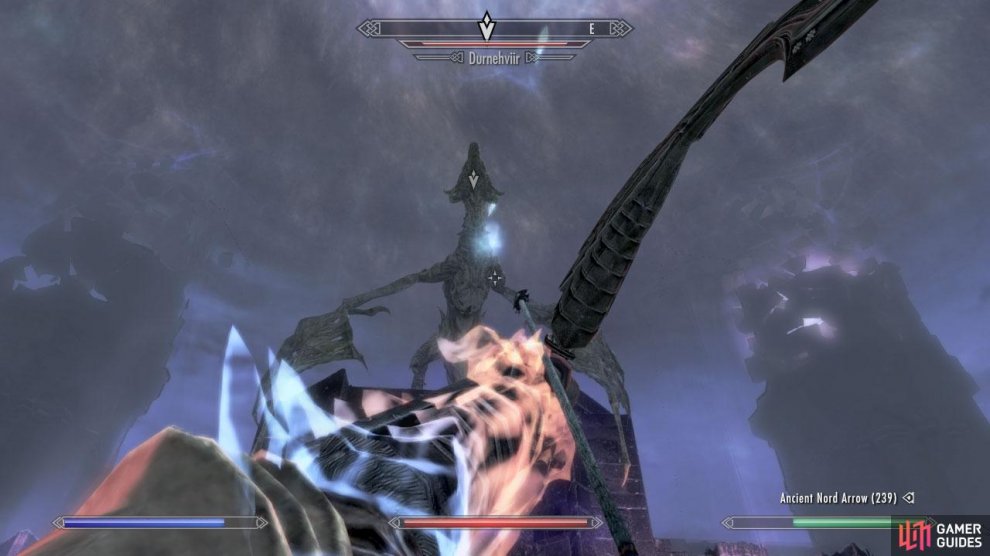 This dragon will fly around the open arena, summoning Skeletons to distract you and chip away at your health. Ready your bow and arrow (or ranged magic of choice) and hit it when it rests up on the castle walls above you. If it comes down to ground level, then use your hardest hitting weapon or spell to speed things up.

Once it’s dead, speak again with Valerica and she’ll take you to the Elder Scroll (there’s a ton of potions here, so fill your boots and use the Alchemy table to make more). One word of warning: once you leave the castle door to head back to the beginning of the Soul Cairns, the dragon’s image will reappear directly outside, so you’ll need to fight it a second time!

Now simply go right to the opposite side of the Soul Cairn, climb the steps and you’ll complete this mission once you’re back in the castle.