Once you’ve reached level 10 try speaking to a Hold Guard in a city - such as Windhelm - (or even to an Orc known as Durak, who you can find walking outside Fort Dawnguard itself). They’ll talk about a reforming group of Vampire hunters known as Dawnguards. 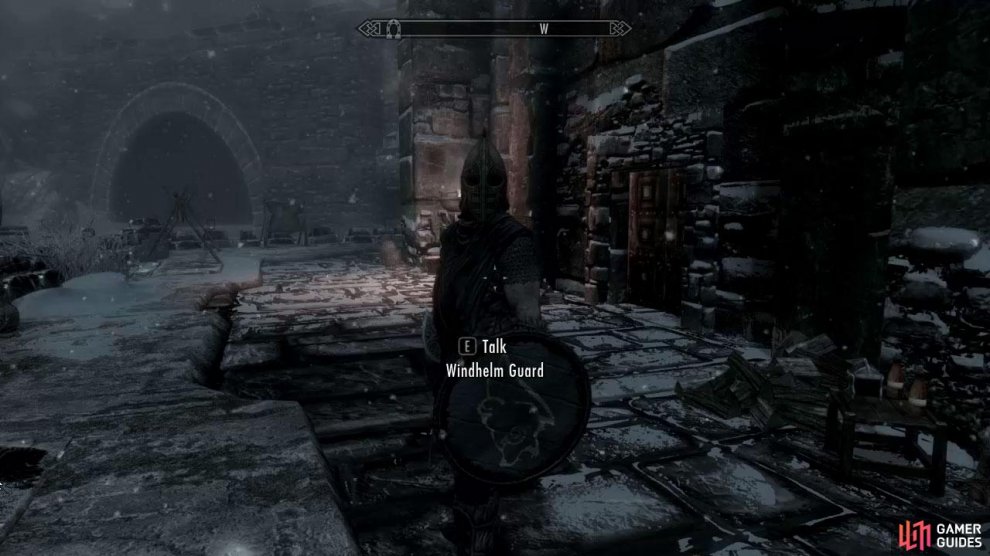 You now need to find the cunningly hidden entrance to the Dawnguard Fort and this can be found if you look on the map for Riften and then see those mountains to the right of it? On the East side of those mountains is a footbridge and just north of that are two fires and a crack in the mountain that leads to the DLC missions (see the screenshot above).

Once you’ve entered the area, run down the snowy path and you can chat to a man called 'Agmaer' who’s standing by the water’s edge. If you keep following the path, you’ll eventually arrive at Fort Dawnguard itself, so run inside the fort and head inside.

Note: Fort Dawnguard has a number of potions, items (such as lockpicks), weapons, workbenches etc that you can use or take freely. So if you’re a little low on supplies, now’s a great time to stock up!