How this final mission ultimately pans out will depend on what faction you’ve aligned with (although it’s pretty much the same in terms of what you do).

Begin by fast-travelling back to Isran at Fort Dawnguard so he can formulate a plan of attack on the vampires. Once they leave the fort, fast-travel to the head vampire’s castle and – if it’s daytime – you can fire off a Sunhallowed Arrow from your new shiny bow will help (as it’ll provide additional damage from your now enraged Sun).

So be careful as you walk over the bridge to the castle as the Gargoyles will come to life along with a number of the Vampires that you saw sitting around the dinner table when you took Serena back to her father earlier on in the DLC. 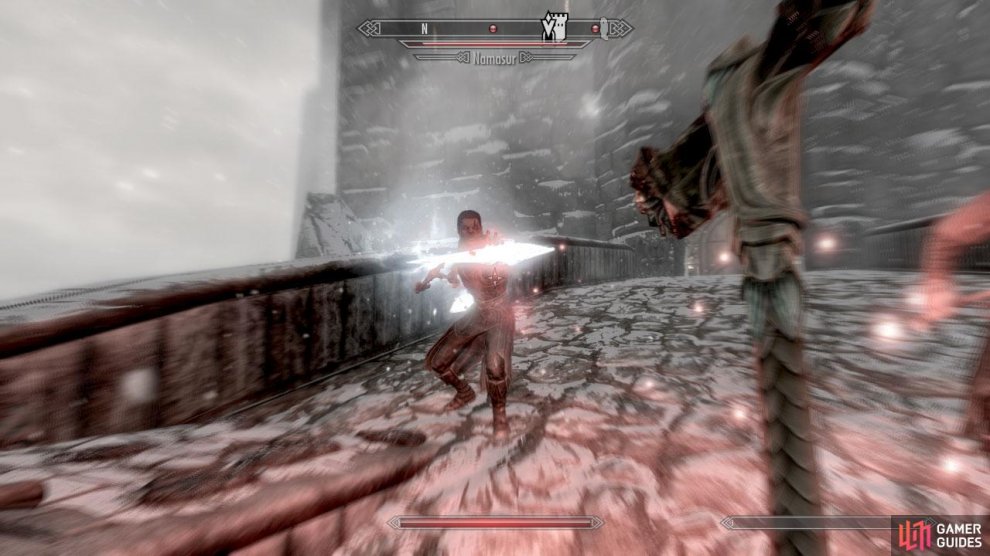 Once inside you’ll have to fight off another small army of Vampires, so be careful and make sure your health and stamina are always topped up. Clear each room until there’s no more enemies left and then follow the marker to the closed gate. Pull the chain and then head through the double doors to the Cathedral. 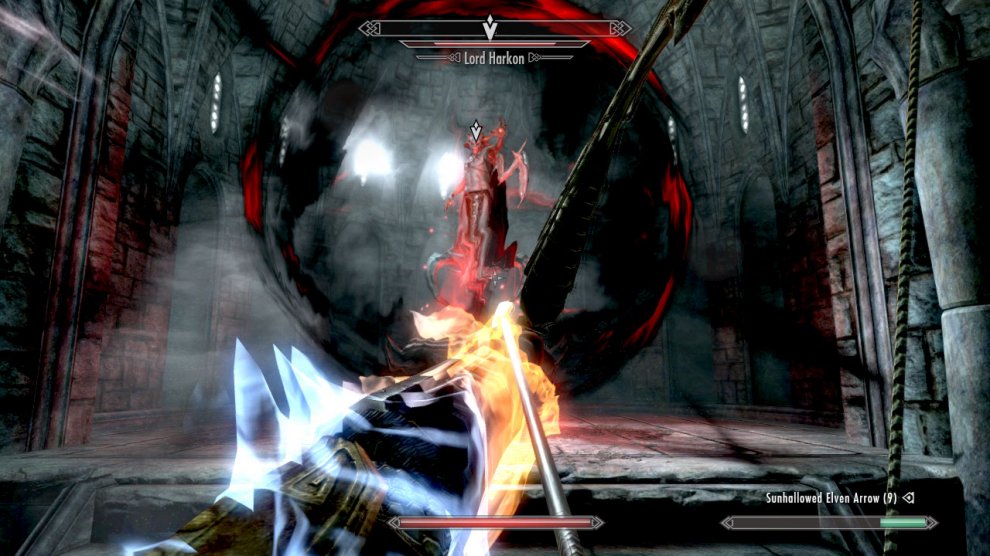 Make sure you can quickly get to your new bow and special arrows quickly; otherwise you can lay into Harkon and hit him hard with close-range weapons/spells until he retreats to his red bubble. Now’s the time to bust out the bow and hit him with one of its special arrows; so don’t let up and keep healing and laying into him until he explodes into a shower of bats.

Approach his ashes and go loot crazy as he’s got a bunch of cool items (including a unique sword that benefits those who are now a Vampire).

Congratulations on completing the final main quest of the Dawnguard DLC! Serena will now follow you as a companion and you can also sell both of the Elder Scrolls to the blind Moth Priest Dexion for a nice 6000 gold! Nice!

Note 1: If you’re still with the Dawnguards then you can be turned into a Vampire one final time by asking Serena when offering her to join you on your adventures (and she can also taint your Elven arrows with her blood). The choice – as they say – is up to you…

Note 2: If you’re already a Vampire then the castle and everything inside it will become yours and it will now be classed as a home for you to use as you like.