This can be confusing at first, because when you run upstairs and speak to Isran, he’ll actually trigger off another side-mission (‘Jarl’s Justice’) instead of the one just activated! Once you’ve triggered this other side-mission, take a right in Isran’s room to find a surprise waiting for you!

So speak to Serena and then with Isran again, followed by Serena one more time and you’ll now be tasked with finding a ‘Moth Priest’ who can read the Elder Scroll. You can, optionally, speak to either:

So fast-travel to Dragon Bridge if you’ve been there already, otherwise you’ll find it located east of ‘Volskygge’ (on the right-hand side of the mountains). Once you’re at Dragon Bridge, look for a kid called ‘Clinton Lylvieve; who’ll tell you to head over the bridge and follow the path to find the carriage the Moth Priest was in. 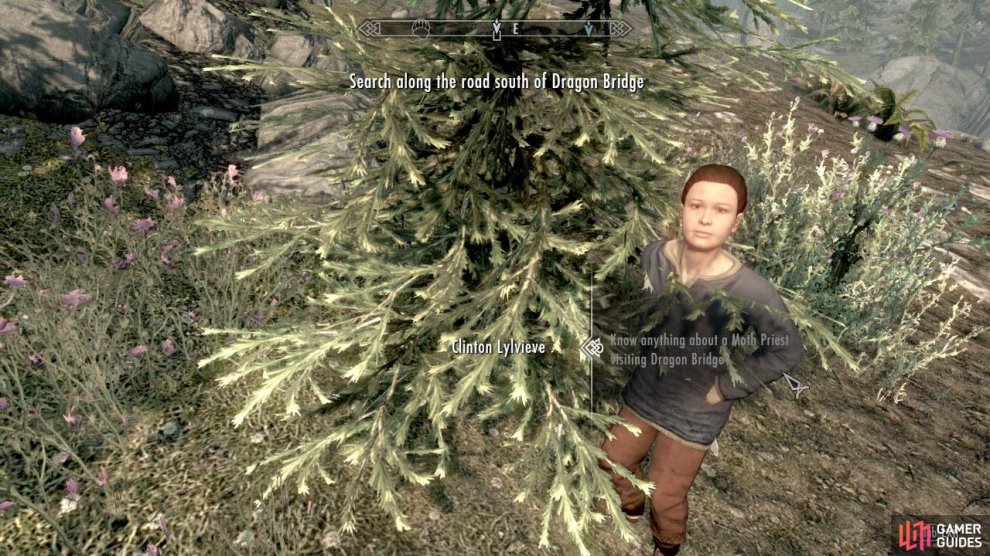 Once you reach the carriage it’ll be overturned with a dead soldier and vampire on the ground nearby. Search the vampire for a note and after reading it you’ll be prompted to head to ‘Forebears’ Holdout’ (it’ll be highlighted on the map for you).

Step inside the cave and be ready for a few fights with Death Hounds and multiple Vampires. Take care of the two Death Hounds first, mosey over the bridge and then ready your weapons and/or magic for the main event.

Start killing all Vampires as you make your way up to the level above where you need to kill a Vampire called ‘Malkus’ who’s got the [Weystone Focus] that you need to unlock the magic barrier surrounding the priest. 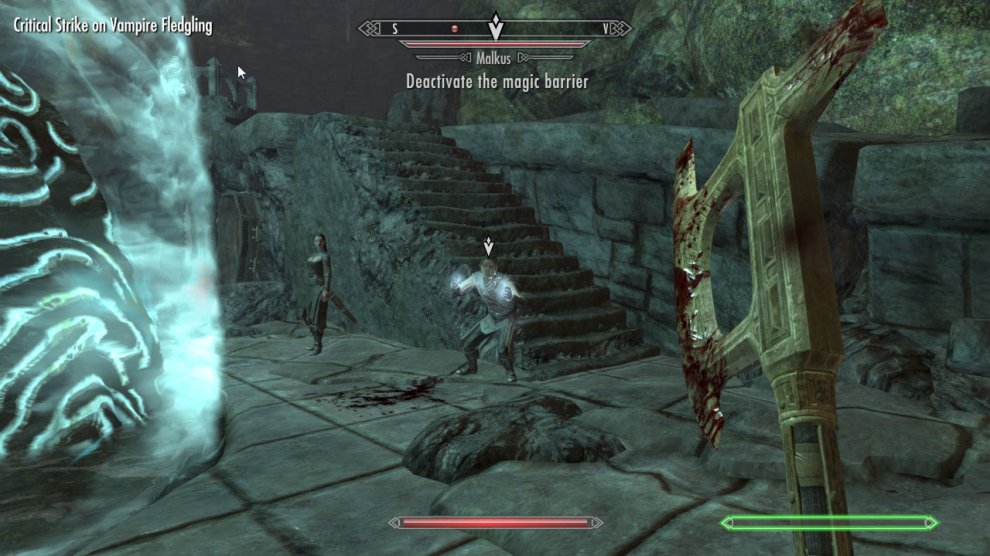 Behind the barrier you’ll also find a large chest with a powerful enchanted two-handed sword in it known as the [Dwarven Greatsword of Torpor] , along with an [Elven Bow] and some gold. Take the Weystone Focus to the top floor and place it in the pedestal-like lock up here to drop the barrier.

The priest will be hostile at first, so attack him until the curse he’s under is broken and he’ll become friendly again. Speak to Dexion and ask him to help you read the Elder Scroll at Fort Dawnguard. Once he agrees, run back outside and fast-travel back to the fort!

In the main hall talk to Isran and then to Dexion and once he’s finished reading the scroll the mission will end and the next one, ‘Chasing Echoes’, will begin!

You’ll also be prompted to speak with Serena again, so do so and you’ll activate another two missions; called ‘Seeking Disclosure’ and ‘Scroll Scouting’ (each one is dedicated to the two Elder Scrolls you still need to find). You can obviously tackle them in any order, but we’ll present the order in which we done them (which was ‘Scroll Scouting’ first and then ‘Seeking Disclosure’ second).