Lost to the Ages

First things first; this quest will only begin once you pick up a copy of the book titled 'The Aetherium Wars'. There's a number of locations where you can stumble upon this book and they are all listed down below.

Locations of the book 'The Aetherium Wars'

Now look at your map and you'll be prompted to travel to a place called ' Arkngthamz ' (located south-east of Dushnikh Yal and west of Valthume ). Once you arrive at your destination, a ghost will tell you to leave, but if you press on the ghost will reveal their true identity.

Note: This is quite a long quest with a fair few areas that you need to travel between. In fact; after collecting the first shard, the remaining three will be placed in certain cities that may not even be found yet on your playthrough.

With the ghost in tow, head down to the platform below you (via the path on the left), run down the pipes and search her corpse for her journal and a few extras. You'll soon come to a locked gate that is opened when the device on the other side spins around; so be sure to nip through ASAP.

Around the corner will reveal another device and a locked gate, so hit the kinetic resinator with your weapon to open the gate ahead of you. Now it's a pretty linear run through a cavern filled with Falmers; so kill every enemy you see as you push your way up the cave.

Eventually you'll reach an open area where you're told how your ghostly-friend came to pass. There's a log a bit further round that's hanging off a cliff and on it is her bow. Pick it up as it offers a nice +30% boost to bow shot speeds!

From here; head up the path to your right and then run down into the centre of the massive open room. IN front of you is a puzzle that needs solving!

You'll need a bow and arrows for this puzzle, so if you have your own; then great! If not, then find the adventurer's corpse and loot it for a bow and arrows. The order to shoot the kinetic resonators in the following order: Bottom-Left, Bottom-Right, Top-Left, Top-Right, Middle

This'll unlock the gates at either side, so nip in and claim your first shard! You'll then be told that there's three others to find.

There's a mountain south-west of Agna's Mill , this is where you need to head, so get your bearings, follow the river up and on your left you should see steps leading up to the snowy mountain. Follow these to the top, kill the enemies outside and then once you're in, work your way left and through the Bandits that are littering the entrance.

You'll soon reach a large room with numerous Bandits in it (there's ballistas up on the upper floor and you can sneak up there via an expert-locked door), kill them all and loot Alain Dufont if you want his enchanted weapon. Otherwise, read the book called ' 2920 Last Seed V.8 ' on the nearby shelf for a boost to your Sneak stats.

Now head through the open gate, and if you're feeling confident there's a Master Lock that's blocking off access to the [Steel Shield of Waning Frost] the [Hunting Bow of Embers] and various bars and metals.

Keep pushing onwards and your enemies will now be of the Dwarven metal kind, so be extra careful of the spheres you encounter. Be careful of the double spinning-blades on the stairs trap. Fight through the linear path and you'll soon reach the lever that takes you to the Raldbthar Deep Market

Dodge the spinning blades on the stairs, enter the double-doors and take out all Falmers that you see down here (there's a few chests and potions to pilfer whilst you're there). Be extra careful when you reach the steep steps (where the steam is coming out from) as you can very easily trigger the super-powerful ballista trap (it can do a lot of damage).

When you reach the four buttons, push the 3rd, 4th then 2nd switches only (pushing the 1st generates a long fire-breathing trap). The next room is a mini-puzzle room and can be solved easily by removing the human bones from each of the stuck cogs dotted around the room.

The one one cog that's easy to miss is the one in the pool of water, so jump in, swim to the gear and take the bones out. Now press the button and get ready to fight a powerful Centurion boss! Once the boss is dead, raid the chest behind it for loads of goodies (inlcuding leveled enchanted weapons).

Finally, go through to the next room and you'll soon find the next shard. Pick it up and then exit via the nearby lift back to Skyrim!

This is a much simpler shard to get to, simply travel to Mzulft (it's at the base of the mountains located south-east of Windhelm. The storeroom can be found just before the entrance to Mzulft and you simply need to pick the locks in here (1 x Adept or 2 x Apprentice) to reach the shard piece. Simple as that.

This area can be a pain in the arse to find as it's just a small bridge crossing over a mini-waterfall. The easiest way - we found - to get to it was to fast-travel to Darkfall Cave , run down to the waterfall, cross over and then follow the river upstream. Now run over the bridge and look behind the helmet to find the fourth and final shard.

You'll want to fast-travel to Ivarstead and then set a course for the U-bend in the mountains directly south of the town. You'll soon come across a bandit camp and in here you'll be prompted by Katria to put the shards in to the slot. Run away once the ground starts to shake and you'll see the entrance revealed to you.

Once you're in the forge proper, simply follow the linear path all the way up to the grand building in front of you (don't worry the Spheres won't come to life). Use your bow and arrows on the two locks up above and then head inside.

Nab the potions from the table just before the final set of double doors and then ready up your weapons and best potions for a pretty decent fight!

Once you head into the main Forge room, activate both steam wheels on either side of the room and then get ready to do battle with numerous Dwarven Spheres and Spiders who come rushing at you. You'll need to turn off the steam once again and then you'll be up agains the - rather formidable - boss; The Forgemaster .

Effectively a Centurion on fire-eating steroids, this guy will toast you up good, so gulping any fire-resistant potions would definitely be a good idea here! Make sure you've got your best shouts/magic/weapons to hand and once he's dead you've got one final task left to finish this lengthy mission.

Go grab ALL of the materials from the bench on the right (check the chest for loads of metal materials) and then drag it to the forging table where you can make only ONE of the three items (and you cannot make another item after this so pick wisely)!

Congratulations! You've now unlocked the 'Lost to the Ages' achievement/trophy! 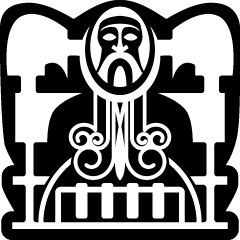 DLC: Dawnguard - Lost to the Ages

Complete "Lost to the Ages"