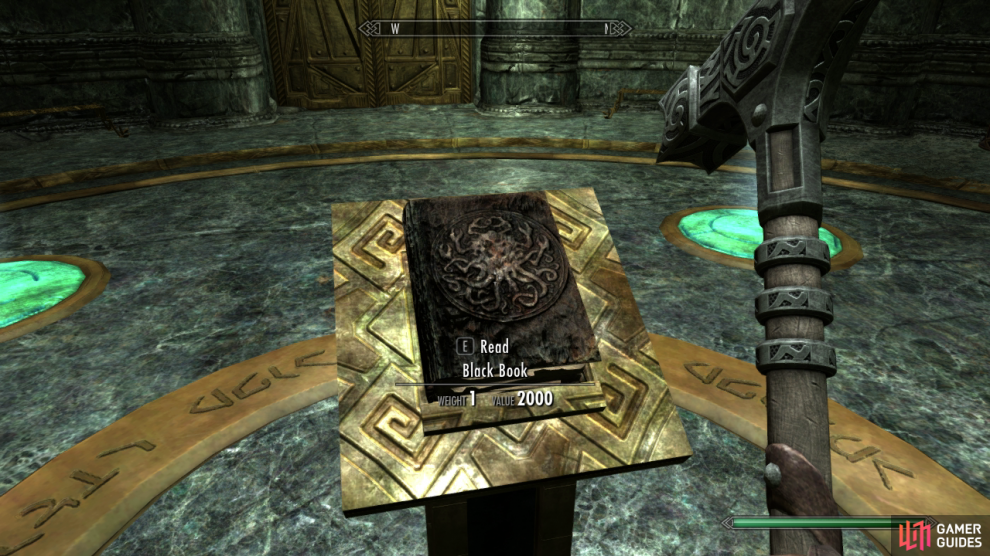 Once you’ve opened the black book and entered the other realm, activate the Scrye in front of you, cross the bridge and run into the moving tunnel. Dash to the end of the tunnel and wait for it to move far right where you can step off and activate another Scrye, dropping a gate that leads to the main area and begins the next part of the quest. 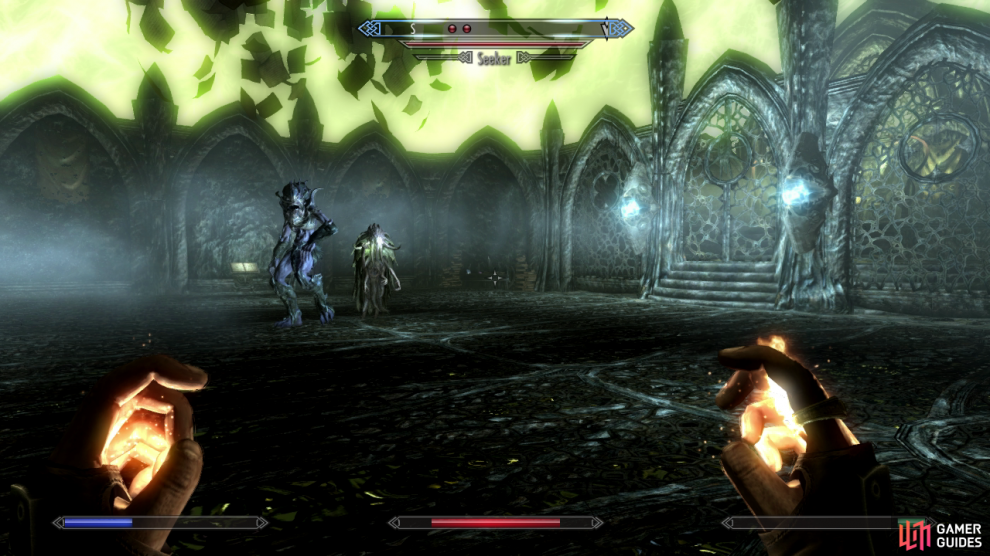 Head back into the tunnel and step off when it crosses by the newly dropped bridge, now read the book to start Chapter II.

Run to the end of the tunnel and activate the Scrye, which will drop the tunnel down and reveal a room with multiple tough enemies. Whilst you can certainly fight all of the Seekers and Lurkers in this (and subsequent rooms), it’s much simpler to just run to the next chapter book.

To do this the easy way, make a dash for the Scrye located by the wall opposite the locked exit gate (on the right when you turn around to face the monsters). There’s also a pod in the far left corner of this room that contains: [ Scroll of Blizzard ], [ Spell Tome: Reanimate Corpse ] and some Lore books.

With the Scrye activated make a dash for the now opened gates opposite and read the book to begin Chapter III.

Make a run up the five flights of stairs to the top level and at the end, wait for the tunnel to come around, step inside and dash to the end of it, where there’s a Scrye you should activate. This’ll open up the double gates in front of you, so step through then make another dash through the tight and twisting corridor until you spot a Lurker ahead.

Run past it (as there’s nowhere near enough room to fight it properly) and wait, impatiently, as the tunnel moves far enough left so you can step out and activate the next Scrye. Now there’s one last tunnel to run through and there’s a couple of [ Fonts of Stamina ] and [ Fonts of Magicka ] here should you wish to stop and fight the Seekers here. At the end of the tunnel the book leading to Chapter IV can be found.

There’s a vessel here which contains plenty of Lore books and an [ Iron Mace of Cowardice ] and a [ Ring of Minor Magicka ] . There’s also a table beside the book you just came from and it’s got a [ Black Soul Gem ] on it.

Now activate the final Scrye and proceed up the newly created platform to the final book. Read it and you’ll make Hermaeus Mora appear in front of you. You’ll learn a new word of Power and then once he dissapears you can look up at the green spheres in front of you and pick a single new skill that improves one of your shouts. The choices are:

1). Dragonborn Force: "Your unrelenting Force Shout does more damage and may disintegrate enemies".

2). Dragonborn Flame: "If you kill an enemy using the Fire Breath Shout, a friendly Fire Wyrm will be summoned from its corpse and will fight for you for 60 second". 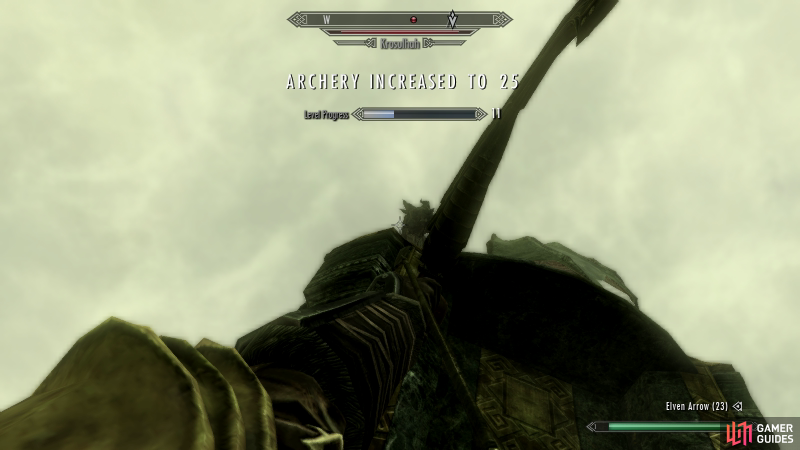 Once you choose your upgrade and head back to the regular realm, head outside where you’ll both be greeted by the sight of a dragon called Krosulhah looking to take you down! He breathes ice flames, so any ice resistant potions will be rather handy in this battle.

We used a bow and arrow to take it down from the safety of the surrounding buildings (as we could hit it with cheap shots, but its ice flame was blocked by the building). Once you chip its health down to 50% it may fly away to the costal side of the city, so head out to the treelines and then pick it off with more arrows (or long range magic spells) from here.

Note: Killing it will not grant you a Dragon Soul, so bear that in mind!

Fast travel now back to the Skall village and talk to Storn where you’ll need to reveal to him the deal you made with their enemy. If you’ve already cleared all of the four stones, then a scene will play out. If not, now’s the time to go do them before coming back here.