Warning! Completing the ' Path of Knowledge ' quest will prevent you from attempting any Skaal side-quests until the main story has been completed! Bear this in mind if you want to mess around in the game alongside the main story. 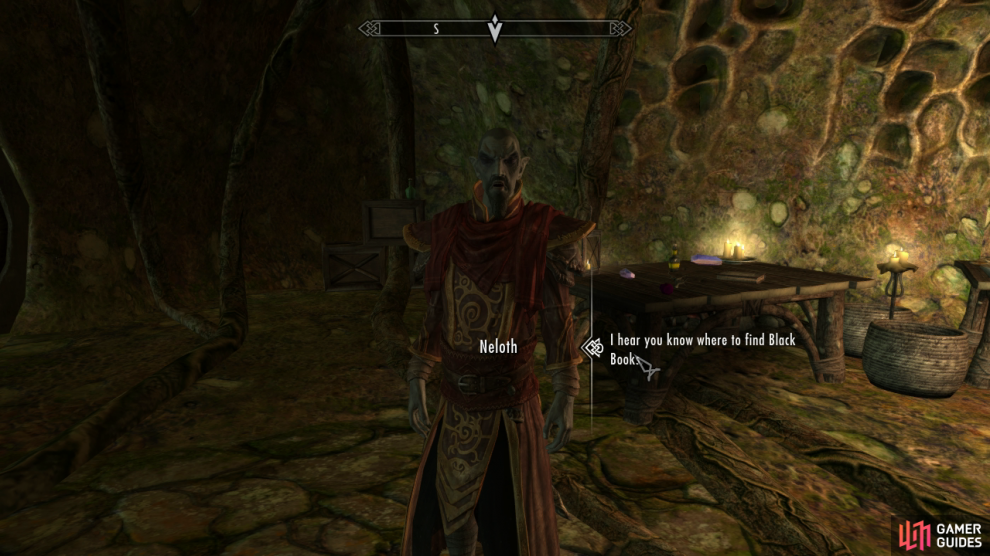 You'll want to make your way to the South-East edge of the map and look for a large collection of giant mushrooms, signalling your destination known as ' Tel Mithryn '. The route we personally took was via Raven Rock and then we ran into a bunch of 'Ash Spawn' enemies attacking a NPC known as 'Captain Veleth'.

Be careful when you're near the coastline as plenty more Ash Spawn and Ash Hoppers will show up to ruin your day (and Ash Spawn in particular can be difficult to kill).

Once you reach the town, head into the biggest mushroom and float up to the top floor where Neloth will be residing. Talk to him and he'll ask you to travel with Neloth with him. 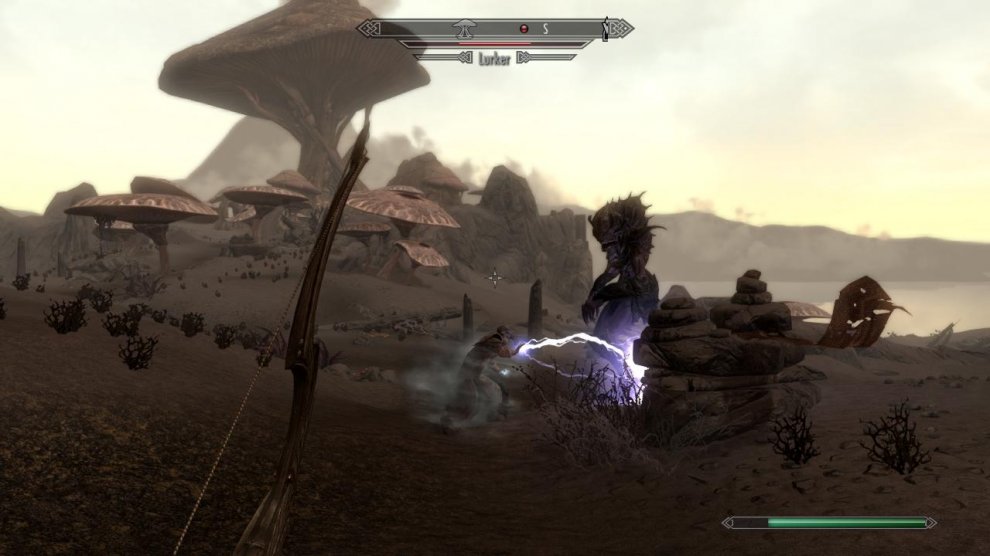 It's really worth using Neloth's powers to tackle a different main-story quest whilst you're already near the Sun Stone. If you leave Neloth's house with him, run over to the Sun Stone and use your Bend Will shout on it to trigger the Lurker battle. Lure the Lurker over to where Neloth is and he'll take care of the Lurker in next to no time. That'll complete the 'Cleanse the Sun Stone' quest nice and easily for you. Bonus!

Stick by Neloth's side and he'll travel North to Nchardak where you'll encounter numerous enemies. They're fairly powerful, so feel free to let Neloth kill a few to make your life somewhat easier. Pick up whatever loot you like then head inside the building to start the main part of this quest properly.

Restore the Steam Supply to the Dwemer Reading Room 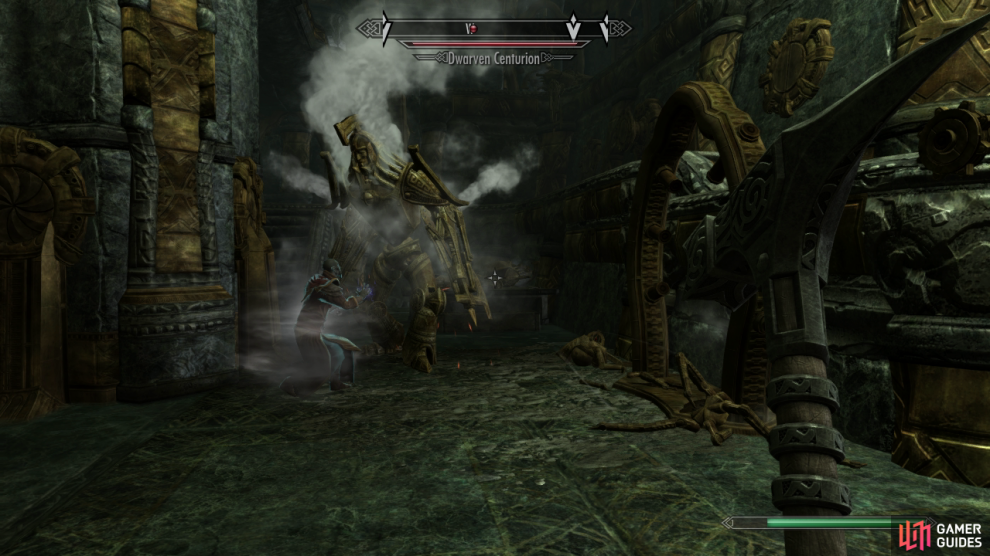 The main objective in this mission is to pick up a series of blue and red cubes that are used to activate a variety of switches (some of which are used in puzzle-like rooms to raise and lower water levels).

After pulling the lever, run down the ramp, hang a right first and drop down into the water. There's an expert level chest in the water here that contains [ Steel Plate Gauntlets ], [ Ring of the Squire ] and the [ Hide Helmet of Conjuring ] .

Follow Neloth and once he places the Control Cube in the switch, pick it up and this'll be your first of several cubes you need to collect. Turn around and look for the locked door with a cube switch mechanism by it. Use the cube to open the door to the next area.

When you enter look behind the right-hand pillar for a [ Minor Potion of Healing ] and some coin bags. When you proceed down the nearby ramp, pick up the Control Cube to stop the fire flames, but you'll attract the attention of some Dwarven Spider Workers.

The next main room is a puzzle-room that requires you to place and remove your two cubes to raise and drop the water level to different heights, opening up new sections of the map for you to collect the other cubes.

Run to the end of the walkway and place a cube in each of the control switches to drop the water level down to the lowest level. If you drop down onto a table below you to your left, you can pick up the unique weapon the [ Dwarven Battleaxe of Animus ] . Running up the stairs to the back of the room at the other side will trigger off a battle with a Dwarven Centurion. Let Neloth grab its attention, then smack it into metal pieces from behind.

Now head back up top and remove one of the Cubes to raise the water level slightly, drop down again and place the cube into the control switch located in the middle of the room. Be very careful of the Dwarven Sphere's that have shown up as they can be very fast and deadly if you're caught unprepared.

With the cube in the switch, the steps will appear, remove the cube and then head up to the top floor, remove the second cube and then go through the double doors to the next room. If you go round to the right you can open another door and you'll reach an adept chest for unlocking. Inside you'll find very little value. However, this room has various shelves with some Dwarven goodies to be had, such as: [ Dwarven Armor ] and [ Dwarven Gauntlets ] . To the right of the gauntlets is the third cube .

With this in hand, fight off the new enemies that appear and when you're back in the main 'puzzle' room, swim straight across to the door opposite. Swim through the flooded corridor, climb up, watch out for the enemy spiders and then you'll come across the fourth and final blue control cube .

Once you pick it up, you'll start a fight with a Dwarven Centurion and some Dwarven Ballista's will also show up to the party. At the top of this room is a red control switch that will drop a bridge down providing quicker access back to the start of the level where the main switches reside.

Making sure Neloth is with you, head back to this main room and set down the two cubes to lower the water level fully. Follow Neloth down the winding paths and kill the two Dwarven Ballistas hiding away in the corners near the double doors. Use the switch to open the door leading to the Nchardak Aqueduct. 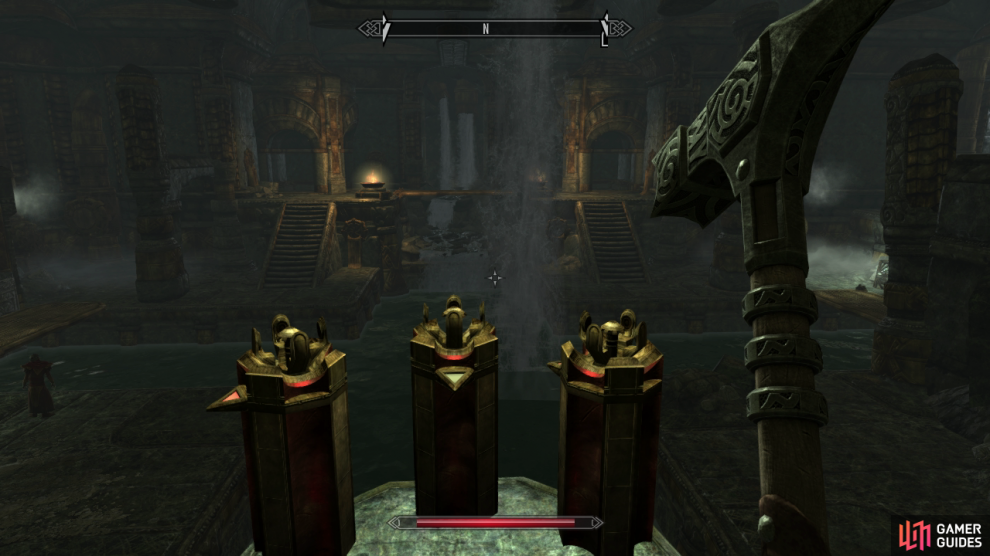 Time for another large puzzle-esque room, so first things first, run up the ramps to your left and right, then run up the next ramp to your right to a dead-end with an apprentice chest at the top. Inside you'll find the unique weapon [ Blessed Steel Warhammer ] . When you see the three control pedestals, place a cube on the right control pedestal first then the left one.

With the bridges down, follow Neloth but watch out for plenty of Dwarven enemies getting in your way. There's also a waterfall at the back of the room hiding an apprentice level chest .

Follow Neloth up the next set of stairs, set down the cube in the control pedestal on the left, drop down to the lowest level that's no longer covered in water and enter the large double doors down here.

In the room with the two spinning blades, you can either use your Whirlwind Sprint shout to dash right through them or you can jump around the outside edges of the room to reach the other side. The choice is yours (although there's an apprentice level chest in one of the corners near the control switch).

Collect the control cube from the pedestal and then dash back as the water level begins to rise. Join back up with Neloth who'll have picked up the other cube (that was sitting in the control pedestal), jump in the water and swim underwater back to the door that leads to the Great Chamber.

Once you're back by the numerous control pedestals, you can run down the path on the opposite side of the room, open the novice chest here for an [ Amulet of Arkay ] and another control pedestal.

Putting a cube down will drain the main room down to the lowest level possible where you'll find [ Malachite Ore Vein ] x 2 for mining as well as a chest that holds potions and a [ Steel Battleaxe of Souls ] .

With both cubes back in your possession go back up to Neloth who'll be holding the fifth cube in his hands. Leave one cube on one of the top control pedestals (to keep the water drained by one level), then place the remaining four in the Boiler Control Pedestals below.

Release the Book from the Dwemer Contraption

This will release the mini-boss known as the Dwarven Centurion Master who - thankfully - isn't too tough. Let Neloth do most of the damage, but get in close and pummel it into oblivion. With it out of the way, head into the room it came from and you can pick up a unique [ Dwarven Warhammer of Debilitation ], [ Dwarven Boots of Major Stamina ] and inside the chest you'll find the following: [ Elven Shield ] and a [ Staff of the Flame Atronach ] .

Now head back to the main room with the switch in it at the start of the level and you'll release the next Black Book. Pick it up to complete this quest and begin the next one: The Gardener of Men . 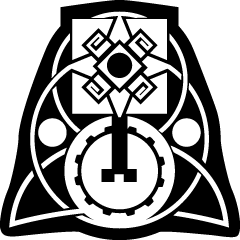 DLC: Dragonborn - The Path of Knowledge

Complete "The Path of Knowledge"