The main goal of this quest is to learn the location of the Elder Scroll, so we may have a shot at learning the shout Dragonrend. To start, you need to either talk to Esbern or Arngeir about it.

Head back to the Sky Haven Temple and talk to Esbern. He will suggest going to the College of Winterhold in the hopes that some mage there can help you. If perhaps you went and asked Arngeir about the Elder Scrolls, he will tell you the exact same thing. Looks like we're on our way to Winterhold.

Note: You can ask Esbern to give you the Dragonslayer's Blessing now, which gives you a 10% increased Critical Hit Chance vs. Dragons for 5 days.

When you get to Winterhold, a gatekeeper; Faralda will stop you before you can go to the college itself. She will insist that you do something for them before you can go in, however if you say your a dragonborn and then demonstrate your power (such as breathing fire nearby) she'll gladly let you in.

Note: She'll also give you the first College of Winterhold quest "First Lessons" since you're now part of the college.

Enter the college and make your way to The Arcanaeum inside. Find Urag gro-Shub and talk to him. Once again making it known that you are a dragonborn well help here as Urag gro-Shub heard the greybeards call out to you sometime ago.

Ask about the Elder Scrolls and then finish talking to him to have him bring out two books on the subject. Read both of them and then you'll get a new quest: Discerning the Transmundane.

While this is a new quest entirely, it goes hand-in-hand with our current quest so think of this portion of the guide now covering both of those quests.

Our goal now is to find Septimus Signus in the hope that he can lead us to an Elder Scroll. Turns out he marched into the northern ice floes and hasn't been seen since, which makes sense. Leave the college (all the way to the town) and start marching north yourself to the objective. Out here be careful of the ice Sabre Cats which can pack a punch. There are also wolves and walruses for you to kill.

Go ahead and talk to him and you'll see he's... been affected a tad bit by the Elder Scroll. He will ask you for a favor before helping you out though: he wants you to use a machine located in Alftand (where the Elder Scroll supposedly is) to transcribe the scroll onto a lexicon so he can read it. And with that our objective will point towards Alftand, which is southwest of our current position.

Head back out to the world map and start your journey towards Alftand. You're going to want to approach it from the south. Once you reach it, you'll see that it looks like it's in ruins. Explore the place and loot, then to north to find some catwalks. Follow these until you reach and enter a new places called Alftand Glacial Ruins .

You're going to face dwarven constructs in this place. Notably Dwarven Spider Workers (who can pop out of holes on the wall at any time, so be ready) and the much more dangerous Dwarven Sphere. Just proceed through this place and loot whatever you can (there's a lot of ores here) and kill any constructs.

You'll also find a live Khajit down here that will attack you (and his dead brother who is nearby). When you get to the piston room save because you'll be facing two dwarven sphere's soon, but after killing them you can follow the path (which leads you on top of the walls you just passed, dodging pistons) and you'll soon reach the Alftand Animonculory .

Proceed forwards to fight a spider and a sphere. You can explore under the floor here (to the left) to find a dead caravan member, but then head up the stairs and kill another spider. Now this next set of stairs has floor traps on it that will pop out a deadly spinning blade trap if you touch them. Past that you'll end up in a wide area with a path spiraling downwards.

Kill the spider on the left and go get the chest in the cubby then head down to the bottom. Pick the door down here and head inwards. Now, there's an expert locked gate in here that has a master chest behind it as well as a skillbook on lockpicking called The Locked Room. Very ironic, no? You have to be pretty damn good at lockpicking to get this, but I did it and there isn't a whole lot you'd miss if you skip it.

You're going to have to jump down to the lower platform when you're done. Be careful of any pistons that may try to push you off the path up ahead. There is a chest up above (with a spider) but then head downwards. You'll start running into the falmer enemies (mostly archers) so be prepared to take them out since you have the upper ground.

A bit past that is a torture room with three more falmer enemies. There's an exit to the glacier ruins here, but keep going forwards back to the big open room. There's thee falmer down here as well as a spider. Try to take them all out from up top if you can (or at the very least weaken them). Once they're dead, go down and towards the objective but don't let the big claw trap (a tripwire) get you. Enter the Alftand Cathedral at the end.

In here there's a couple of falmer and a spider to kill. Take them out and then explore the place for the 2-3 chests you can find. The lever to open the gate to continue is above the entrance with two more chests. Save and then head up the steps.

There will be a Dwarven Centurion up here that is more or less a tank. He can also shoot steam at you. His strikes hurt, so non-warriors should use hit and run tactics to beat him. He's also got a key on him, so be sure to loot (there's a chest in the upper-right of this area too). After that head to the objective and you'll see Sulla Trebatius and Umana... they really don't trust eachother, but they don't trust you either since they attack! Kill them both and put them out of their misery (they will often fight each other and let you pick them off for an easy kill).

With that done go activate the dwarven mechanism which leads to Blackreach.

There is a dwarven sphere straight ahead, but from where you entered you can sneak to the left and hit a lever to fire a volley of arrows at it and kill it. Go into the building it was guarding, the one named Sinderion's Field Laboratory . There's a lot of good alchemy stuff in here, as well as loot (including boots that let you carry even more loot), but poor Sinderion has passed on.

Perhaps the most interesting thing about this place (besides how downright awesome it is) is the fact that you can get a quest merely by harvesting a plant down here (you harvest the "Crimson Nirnroot" and get the quest "A Return to your Roots"). This quest has to do with poor Sinderion, and BOY is it tedious... I have it listed under the Sidequest section. The last thing I'm going to note about this area (since I'm not handholding you through it) is that there are tough enemies to be found while exploring. I'm talking Dwarf Centurion and Frost Trolls. That's right Trolls, Plural. Yikes! Be sure to save when you explore!

Important Note: Your explorations of Blackreach may result in you exploring the central area of the old Dwarven City. This area is noted by the giant orange orb in the town square. This orb holds a very neat secret: a named dragon can be summoned here!

Before fighting it, I recommend killing off all of the Falmer and Falmer Servents around the area and inside the buildings. Now, aim your Unrelenting Force shout at the orb and shout. You should hear a "Ding!" by doing this (you can also shout from the balcony near the Pump Room).

This summons Vulthuryol, who will fly in and start shooting fire everywhere. Now is your chance to take him out! Do so and kill this unique, hidden named dragon and claim its soul for your own!

Make your way to the quest objective, which should be inside of a building where you'll find a lever that takes you to the Tower of Mzark . Loot the place when you arrive (of note is a Smithing Skillbook called The Armorers Challenge) and continue inwards. Climb up the ramp to the left and you'll see quite the contraption before you! Go to the very top where you'll see a row of buttons. There's also a pedestal on the right to hold the lexicon that Septimus gave you. Put the lexicon in and buttons number 3 and 4 will open.

Once you pick up the Elder Scroll, you'll start the next main quest: Alduin's Bane.

Note: The other quest that we were doing with Elder Knowledge - Discerning the Transmundane - has more parts to it past Give the Lexicon to Septimus. The rest of this quest will be in the Daedric Quests section of the guide. 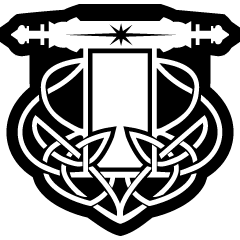