After trapping Odahviing we have no choice but to let him free in return for his promise to fly us to Skuldafn so that we may pursue Alduin. To set him free you'll need to talk to the Whiterun guard on the second floor of the great porch. He doesn't like the idea of doing it, but he'll set the dragon free. After that we'll need to talk to Odahviing to get to Skuldafn. 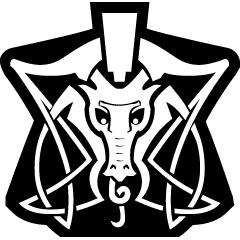 Note: This is a one way trip! Be sure to take whatever you need to, say, fight a dragon. Be sure that you're not over-burdened. Also note that if you have a companion, they cannot follow.

Odahviing will drop you off at the base of the temple and will fly off after saying he'll wait for either you or Alduin to return. Head forwards into the area and you'll be ambushed by a red dragon!

This is a fairly normal dragon fight, with the possible exception that you are all alone (I don't know if you've fought them 1 vs. 1 yet, but you are going to now!). The dragon has a nasty fire attack, so be sure to heal. This also gives you a chance to try out Dragonrend on your own and see how it does.

Kill the beast and proceed up the temple. There are Draugr up here that you will have to put down, an easy task compared to the dragon you just fell. Head inwards and you'll soon be ambushed by another dragon! This dragon breathes frost, but other than that isn't much different from the dragon fight a moment ago (focus on any Draugr first so you can focus on the dragon).

After defeating him you can check out the Skuldafn South Tower straight ahead of you, but we need to continue up the stairs (the tower has more Draugr and some treasure). You will also start to fight Draugr Wights now, which are tougher versions of the undead (and the restless variety is now commonplace). There's also a chest in the broken tower along the way, but fight your way to the giant doors above to enter Skulafn Temple.

You know there are going to be Draugr in here, so kill the first three in the first section of this temple and loot the place. There's a ton of burial urns past the first Draugr that with any luck will give you a lot of gems. Past the embalming section Draugr will start to come out of tombs. Clear the area and you'll see there's a lever here with a bunch of pillars. Another animal puzzle for us to solve.

The secret here is to go to the lever and face the pictures. Now, turn around and you'll see a gate on the left and the right. They each have a picture above them: the left has a Snake, the right has a Bird. Now, turn the left and the right statues until the Bird faces you (when looking from the lever; the key to this is that you're making the faces on the walls match the symbol of the pillar closest to them).

You'll make your way to another tomb. Kill the Draugr below but as you go down two more Draugr will pop out of some tombs. Kill them and loot the place then proceed into the webbed area. Yep, more frost spiders. Take them out but look for a chest hidden under some webs near an iron door.

Past that iron door and some more Draug patrolling the area. Kill them and examine/loot the area. This is yet another rotating animal puzzle. The clues are all right by their pillars. Make the bottom pillar a Snake, the upper right pillar a Bird, and the upper Left pillar a Whale. Pull the lever and continue to a new area.

In here there's a melee Draugr straight ahead with two archers above him. Take them out and continue. Before going into the room with the spiraled staircase leading upwards, note that there's a Trap Floor Plate here that sparks the oil below and shoots arrows at you.

Loot the place and take the staircase up. If you're fast (and have ranged) you can shoot down the pot above the oil up here to fry the three Draugr (or however many Draugr are in that small room). Get the chest up here and hit the lever to continue.

Continue on the empty corridor. Be careful of the oil spill once you reach it as a pot will ignite it all. Grab the chest and continue. At the end of this path is a Draugr Overlord, who needs to be slain. Once you've killed him (which isn't too hard) be sure to loot him for a Diamond Claw . There's a door in front of us now that we need to use the claw on, but first make sure the rings are in this order:

Use the claw once they are in that order and continue onwards. Head forwards and soon you'll see a Dragon Wall. This one will teach you the first word of a new Shout: Storm Call - Storm. This is an expensive shout that still needs a dragon soul to power up (which I know you have) and can turn the sky of Skyrim into destructive lightning. Head onwards, loot the room you come to on the right, and proceed out into Skuldafn.

Out here there are two Draugr Wights and one restless, so get ready for a fight. Once you've downed them, you can explore the ruins that are straight in front of the door you came out of. At the bottom of them is a large chest with several good items in it. Head back up and go to the top of Skuldafn , where you will find the portal. But its guarded by a magician named Nahkriin.

Note: This is a good time to save!

Nahkriin is one of the eight high-ranked dragon priests in Skyrim. A master of ice magic Nahkriin will often summon a storm familiar to assist. At my level (19) Nahkriin's ice magic did singinifant damage. I would die in three hits, so if you're like me be careful. Mages and ranged have an easier time of it with their ability to take pot shots and fight dirty. Once you do prevail, you'll get some awesome items including Konahrik - a golden dragon priest mask which you can loot from the corpse.

Note: If you use the shout Storm Call-Storm that you got earlier in Skuldafn while fighting her then a frost dragon and an elder dragon will come. Likely the dragons on the side of this area....

With the portal found, go up to the altar and activate the dragon seal. Nahkriin's dragon staff will be removed and the way to Sovngarde will be open: simply walk into the energy pillar to be taken there. Once you arrive the quest The World-Eater's Eyrie will be complete and the next quest will start: Sovngarde.