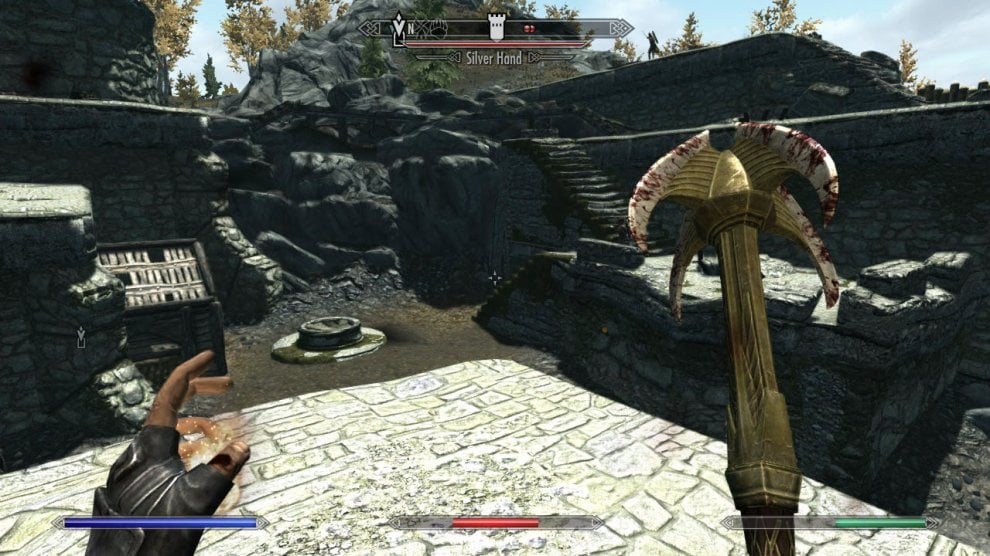 Your first task is to steal some plans located at Treva’s Watch (located North of Angarvunde ). Once you reach it, look for the rocks at the back of the fort and climb them to be behind the watchtower. Now you can either clear the fort of all Silver Hands or you can run right into the fort itself by entering the doorway in the middle of the courtyard.

Once you’re inside go into the tunnel entrance on the left side of the wall in front of you and run down it to dodge the floor trap that sets off some poisoned arrows . You’ll encounter more Silver Hands in a room to your right, so be sure to kill them off without mercy.

There’s not much to be had here and the chest at the back of the room has very little in the way of loot inside either. Hang a right, into the tunnel again, and then sneak down the stairway in the next room–you should hear some guards talking to each other down here.

At the bottom of the stairs, watch out for the spiked door trap that will swing around and impale you if you trigger it. So avoid this by hugging the right-hand wall and staying to this side as you sneak around to the door on the right.

There’s nothing in this room worth taking, but if you want to kill all enemies here (ensuring less backup for the end of the mission), then be careful in here as there’s a couple of Silver Hands (one of which is wielding magic) in the alcove to the left if you enter the room. 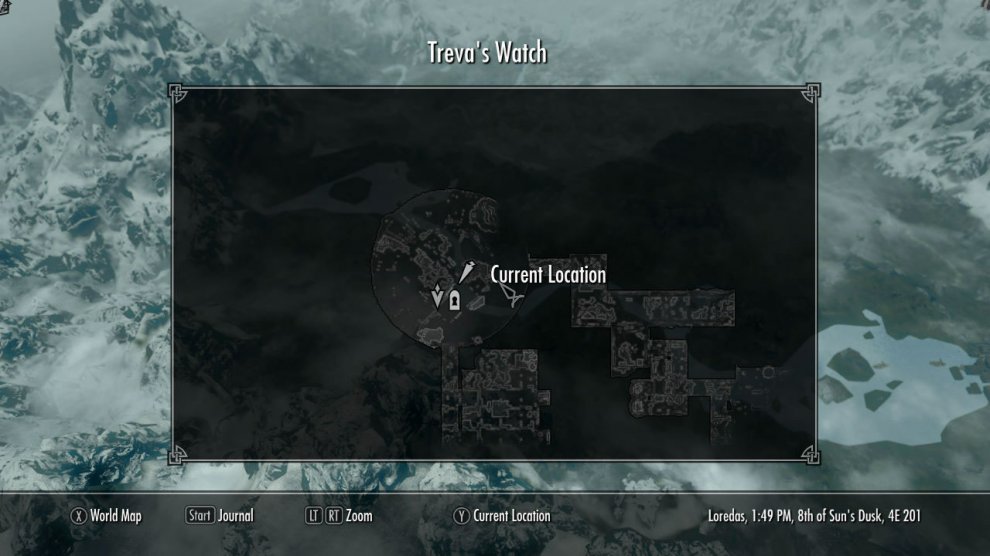 Once you backtrack to the central tower, head up the stairs and get ready to face off against several Silver Hands; some of them are mages. You’ll eventually reach a small room with an Enchanter at the back–use if you wish–and a shelf on your left littered with Iron Ingots and a Mace .

The table to the right of the Enchanter has several books of note including a Spell Tome: Courage and a Skillbook called 'Twin Secrets' that increases Enchanting by one. It’s rather handy that the Enchanters table is beside you, no?. There’s also a Coin Purse, an Enchanter’s Philter potion, and a knapsack that holds a Potion of Vigorous Healing and a book called 'The Wolf Queen, v2'.

Now raid the chest here for your objective labelled as 'Silver Hand Stratagem' and take any other loot that interests you here. Climb the nearby ladder to reach the roof of the Watchtower and a chest that contains some Gold, a Potion of Healing, and a Potion of Stamina .

Now it’s just a simple matter of fast-travelling back to Aela and speaking to her to complete this quest.