Enter the Sanctuary (we have to protect our family!). There are two guards right at the beginning you can kill (be sure to loot all corpses you come across here, as some have magic trinkets). You can find another dead brother here. How sad. Go down into the cave now and you’ll see the werewolf fighting the guards off. Help as best as you can until he falls.

Note: No matter HOW kick-ass you are, he will die afterwards. Even if you kill everyone he will fall down dead afterwards (and don’t forget to loot his corpse for some goodies too).

Go further down the linear path (since most paths are cut off by fire) and you’ll find Nazir. Help him out against the NAMED soldier. Nazir, unlike the wolf, won’t die so kill the guard and then talk to him. He’ll be glad to see you since you saved his hide.

Warning! Wait for Nazir to come out of the flames! If you try and approach him you’ll be taking fire damage during the talking and you’ll insta-die once it finishes! (Yes, we learned this the hard way).

There’s yet another brother (or sister) lying here dead. Proceed onwards until you hear the Night Mother talk to you, then do as she says (open the coffin and step in!).

Watch the scenes that ensue and hear what the Night Mother has to say. Once you are free go to the objective marker to find Astrid and hear what she has to say, which pieces together the whole story. Pick up the Blade of Woe beside her charred body (no reason not to); and use it to put an end to Astrid.

Go back to the Night Mother now with Nazir and Babette and listen to her. Sounds like we’re seeing this contract with Amaund all the way through. Tell Nazir your decision and he will decide since this Sanctuary is so… messy that we will relocate to the Dawnstar Sanctuary . He will take care of the move while we continue the Amaund contract.

This ends the " Death Incarnate " quest and starts the next quest in the questline: " Hail Sithis! ". 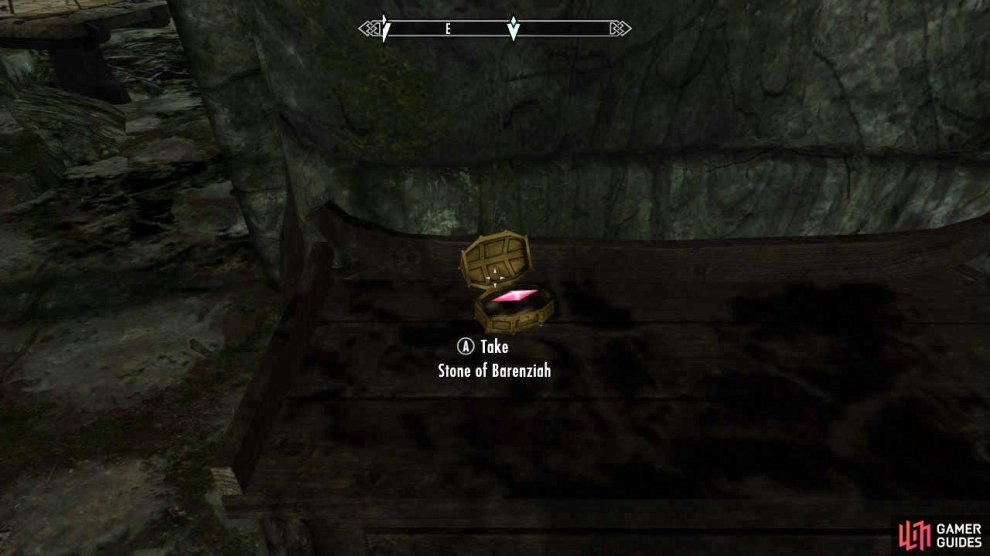 You can also find another Stone of Barenziah (one of 24 to complete the Thieve’s Guild Sub-Mission No Stone Unturned) here on a table near the entrance.