Now, time to speak to Maven. Leave the Guild and to find Maven in Riften, either head over to the Bee and Barb or to her manor. Speak to her to learn what exactly she wants done, and her beef with the owner of Honningbrew Meadery, Sabjorn. Our next objective is to speak with Mallus Maccius.

Head over to Whiterun and enter the Bannered Mare. Speak to Mallus Maccius in here and listen to his and Maven's plan. It's quite clever, actually. 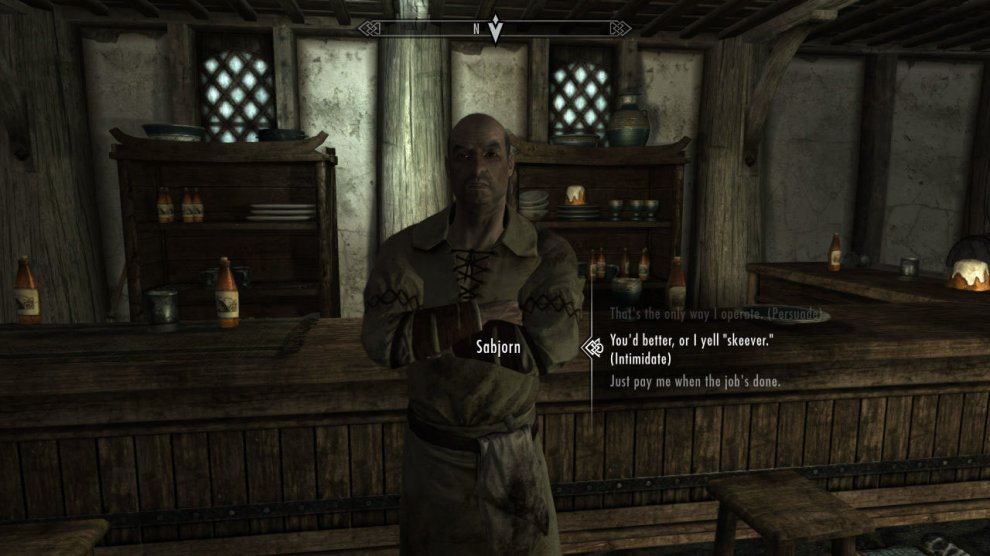 After getting hired, go into the warehouse on the right. BEFORE going into the basement, head UPSTAIRS (search around for the door leading to a ladder) and you'll find Sabjorn's bedroom at the end of the walkway. Why head here? Well, there is a LOT of stuff to steal and get, including an ALCHEMY SKILLBOOK entitled "A Game at Dinner" and another "sell to Delvin" item behind a locked door: the HONNINGBREW DECANTER .

Once you've nabbed those things, go down into the Basement. You'll find Venomfang Skeevers down here: a slightly stronger version of the normal Skeever. Follow the straightforward path and kill a ton of Skeevers in the next room and in the room after that you'll find a lot of Frostbite Spiders. Watch out for traps in the upcoming halls.

In the next room, you come across a mage called Hamelyn. This guy has Sparks on him, and likes to use it. If you've played through the College of Winterhold Quests, you'll find this fight similar to Morokei's as he can put a hurting on you FAST with his magic. You should try to enter this fight and start it with a sneak attack if you can, to do more damage.

If you're REALLY having trouble, break out the potions and survive his magic until he depletes his magic reserves and starts trying to hit you with melee attacks. He's a joke at that point, and you should be able to kill him off easily.

Loot and read his journal after killing him, it's HILARIOUS. 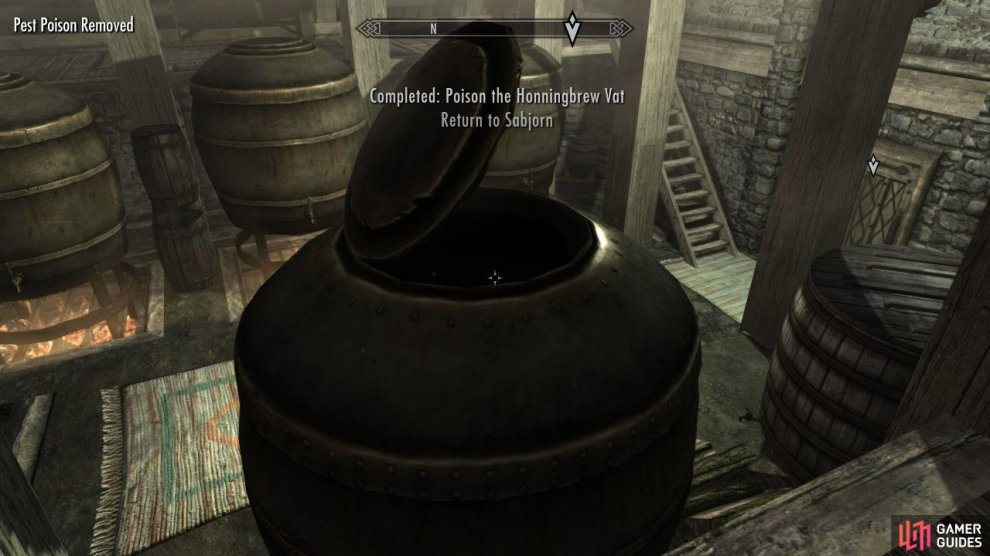 Leave the place once the objective is complete and speak to Sabjorn. Tell him the job's finished and wait around until Sabjorn is taken away. Now speak to Mallus and go pick up the documents in Sabjorn's dresser. After that just return to Maven and tell her the job is done. You'll receive an enchanted weapon for your efforts. Now return to the guild and speak to Brynjolf. This will end the current quest and start "Scoundrel's Folly".