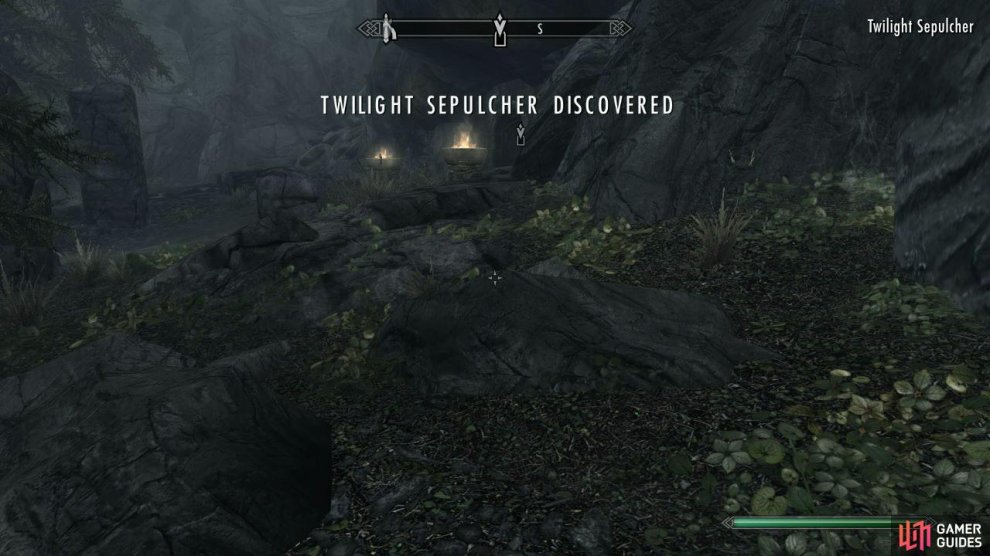 Once inside, your goal will change to "Talk to the Nightingale Sentinel", who is right in front of you. Go talk to him and learn who he is and tell him what’s happened. It’s a long chat, and you’ll learn a lot of things about this place and the pilgrim’s path in general. Near the end upon asking what you’ll face, Gallus will tell you that a person named Nystrom has a journal that may help, giving you the [ OPTIONAL ] objective of retrieving it. Fortunately, the journal is JUST to your left if you want to get it and read it.

Journey fourth through the door and you’ll encounter a sentinel. Slay it. There’s another one in a room on the left. Loot the place and continue on, watching out for a floor plate and another sentinel until you reach another iron door. In THIS room the light HURTS, so don’t stand in it. You must go through this room in the shadows, but be careful as there are floor plates and trip wires everywhere that shoot arrows at you as you go (its best just to keep moving, as the arrows aren’t powerful enough to kill you, but still activate the tripwires when you can). Keep following the dark path and you will be ok.

The next room is a little tricky, but the journal helps here. At the statue of Nocturnal you have to give her what she wants most: darkness. By each of the flames to her left and right are chains to shut them off, so do so and continue.

In the next room you’ll see a TON of traps in front of you… and a door to the left. This door is locked with a MASTER lock, but you should take that path. You do have the SKELETON KEY after all. Open the door and continue to the big room on the left. There’s two more sentinels here, so kill them off. Down here there’s a LOCKPICKING SKILLBOOK called "Proper Lock Design" (aptly named) as well as a SNEAK SKILLBOOK named "Sacred Witness" . Go find the door to the west that leads to the Inner Sanctum after grabbing those.

In here, go forwards until you see a big pit. Go ahead and drop down. There is a skeleton down here named Anders. Loot him and read his note then just CHILL down here for awhile. You’ll automatically pull out the Skeleton Key and get out of the pit. Further down, all that’s left for you to do is to replace the key in the Ebonmere. Do so and Nocturnal will show herself and have a nice little chat with you!

After that is over, she will disappear and your objective will be to talk to Karliah, who is conveniently right beside you now. Of course, this whole ordeal isn’t without its reward. With the Ebonmere’s power you can gain a special Nightingale power. I’ve listed them here below so you can choose between them. You CHOOSE them by standing on certain circles (which have different states of the moon on them), so be careful of where you walk around here!

If you should ever want to change your new power, you can wait 24 hours and come back and pick something else. 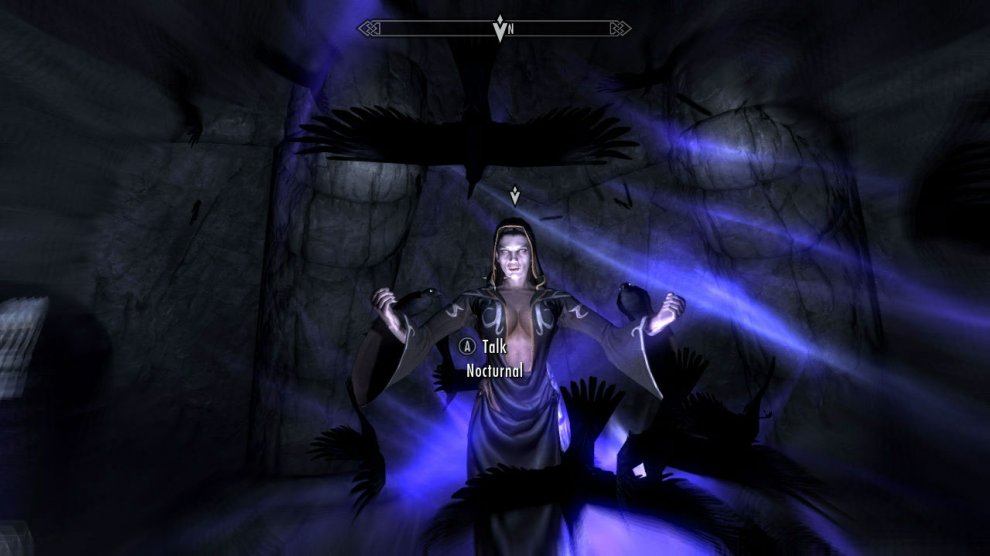 Karliah and Gallus will also have a reunion down here. How sweet! She will tell you that she’ll be hanging out at Nightingale Hall from now on, and that there’s a portal there that connects us to the Twilight Sepulcher.

And with that; we’ve completed the Thieves Guild. From here you can go out into the world and put all you’ve learned to practice. You can also build the guild up to its former glory by completing the guild’s optional side-quests and miscellaneous quests.