Return to the Ragged Flagon (not the Guild/Cistern) and speak to Karliah. Agree with backing her up and follow her into the Cistern. After the talk between Karliah, Vex, Delvin, and Brynjolf, follow them to the vault and then speak to Brunjolf after everyone's discovered what's going on.

Go talk to Vex and she tells you that you can pay off his debt in order for him not to attack you. Pffft, you can do this if you want to, but it's really not worth it (see the note below if you want to NOT kill Vald). Go to Mercer's house backyard and you'll find Vald out here. Save and pick the lock. Once inside, kill Vald ASAP (really easy) and locate the platform that's raised. There's a little cog next to it. Shoot it with an arrow to lower it. 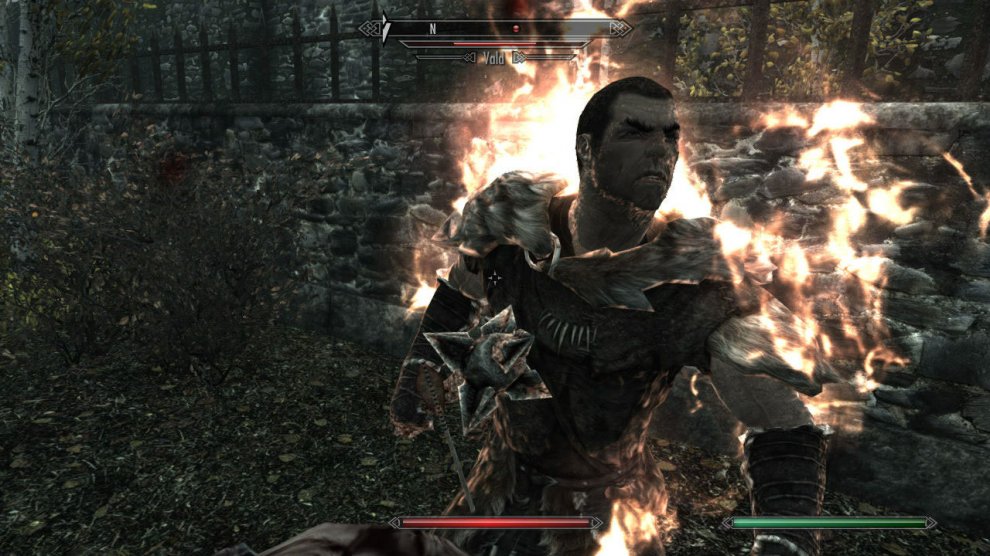 Go find Maven at the Bee and Barb where she usually is. She'll explain to you exactly WHY Vald is in her debt: the idiot lost a special quill. If fact, it's at the bottom of Honrich Lake! She advised that if you can find it and give it to her, she'll absolve Vald's debt.

Now, how to find the quill? Well, we know it's at the bottom of Honrich Lake, but the game will NOT give you an objective marker. Thankfully, I've scoured the lake FOR you and can tell you exactly where the strongbox is that has the quill:

Take a look at the map. See RIFTEN ? See GOLDENGLOW ESTATE ? Zoom in the map and move your cursor so you're pointing at FORT AMOL (this gives us a better view of the map). See the grey boat speck on the map JUST to the right of GOLDENGLOW (where the boat is?). Good, now see the boat shape on the map to its right? Good, the chest is BETWEEN THOSE TWO OBJECTS . You should be able to find it easily now. But beware, the chest it LOCKED and its an EXPERT LOCK .

Once you have the quill, head back and give it to Maven (she'll be at her manor or the Inn...). Give her the quill in exchange for Vald's debt. Now, with that document in hand, you can give it to Vald to have him leave. He will also just GIVE you Mercer's house key as he leaves.

If you opted for the infinitely easier and quicker option; use the key looted from Vald's corpse and inside kill the three thieves that are guarding the place. Now go to the basement through the northwest corner of the house. There are traps in the sewers, so be careful. At the end, check the table where the marker is. Also be sure to grab the Bust of Gray Fox and the enchanted sword out of the display case...

Note: This is another item for Delvin. Make sure to give it to him. It should also spark some fond memories for those of you who have played other Elder Scroll games. I LOVE the Gray Fox!

Read the SNEAK SKILLBOOK here as well (called "The Red Kitchen Reader") to raise your Sneak level by 1. Also, the bowl here is FULL of jewels. You can continue onwards to go through a short section of the ratway and make your way to the Ragged Flagon. Now return to Brynjolf and the quest ends.