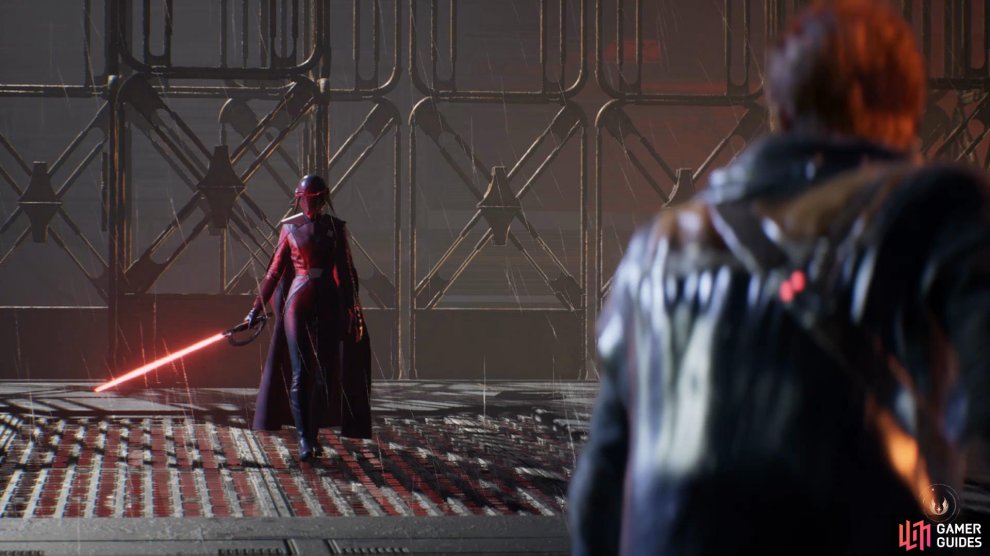 Tip: When The Second Sister glows red make sure you dodge out of the way as you wont be able to counter this attack.

Your first encounter with The Second Sister is technically apart of the tutorial so you wont be able to defeat her yet as you aren't powerful enough. You can still deal some damage to her by standing back and waiting for her to attack you and then quickly dodging out of the way, giving you a few seconds to get a couple of hits in.

If you go in for one too many attacks The Second Sister will use the force to push you down to the floor, quickly dodge away before she manages to hit you. After you've dealt enough damage you'll be prompted to repeatedly press the [SQUARE]/[X] button, keep doing this until a ship arrives to help you escape.