Start by following Riley until she crawls under the boards of an open doorway. Head under yourself and when you re-emerge in the next room, head to the table near the windows and pick up the next collectable the [Wanted Poster - 1 of 2] .

There are no weapon parts (or enemies) to worry about here, so simply continue to follow Riley to the upper floor where you'll need to climb over a broken wall and into another living area. 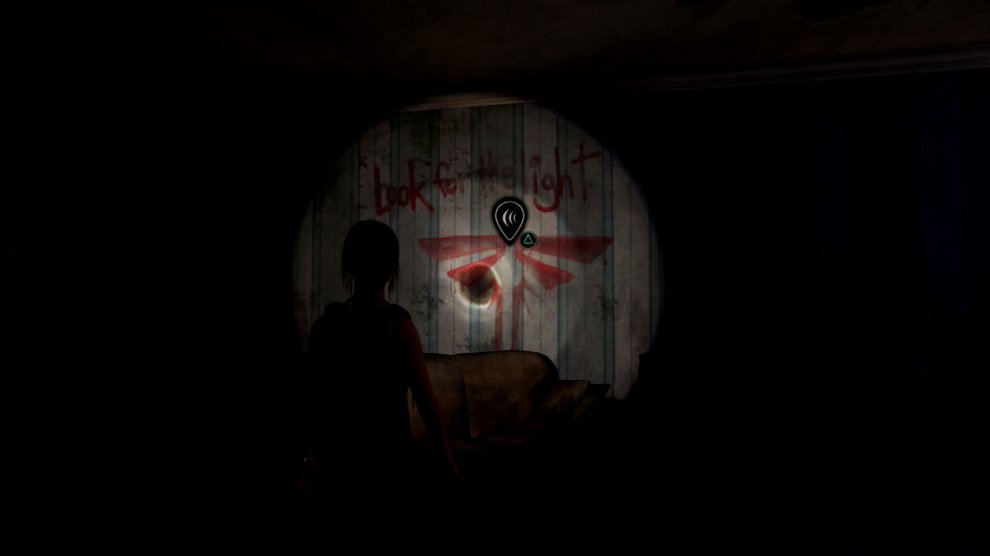 Once you're both inside the mall, run down the broken escalator and then hang a right at the bottom. You'll find the next [Optional Conversation] on the left-hand wall (it's a poster for 'Affordable Getaways').

Continue following Riley until you reach the blockage, so hold Triangle to lift the metal bar up and after it collapses, barely missing your toes, look right and press Triangle to give Riley a boost up and into the store. 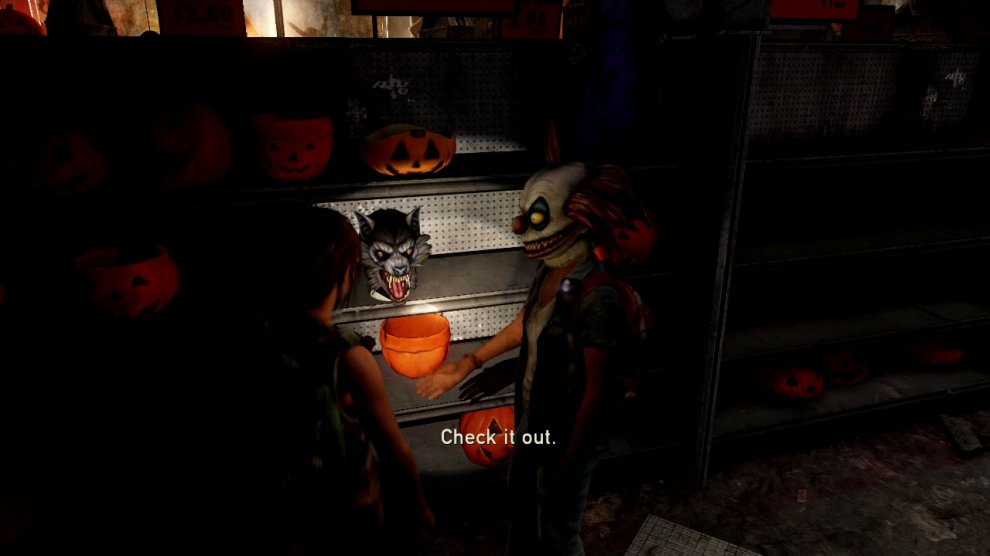 This entire shop area is just one massive collection of optional conversations, so we're going to list them all below. To howl in the Wolf mask, keep pressing Triangle as fast as you can until it reaches the top.

Once you exit the Halloween store, SAVE YOUR GAME (if you want to earn the BFF trophy in one playthrough) and then pick up a brick in preparation for an upcoming mini-game.

Current Objective: Destroy all seven windows on your van before Riley 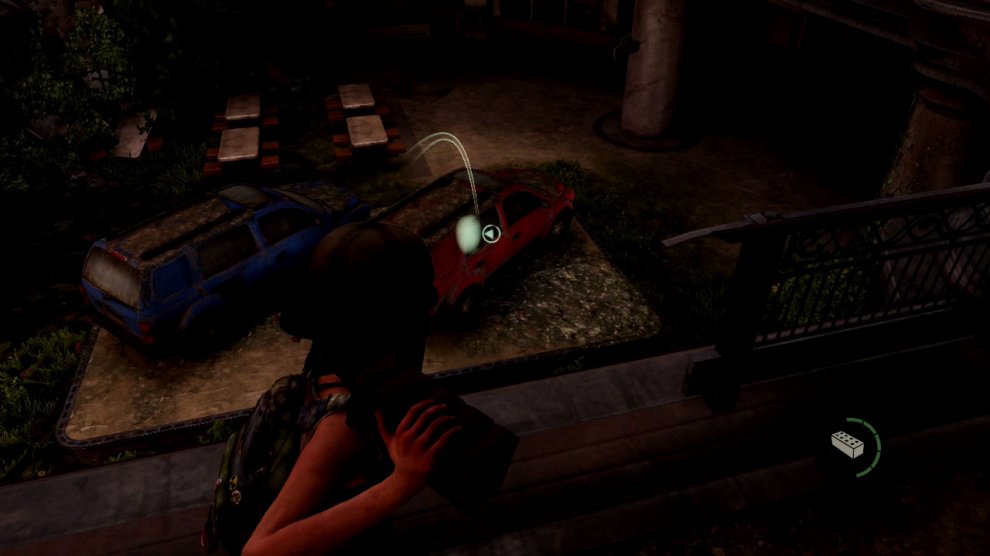 Now focus on smashing the front window and then, finally, the two remaining side windows. Beating Riley opens up three conversation options, so by saving manually earlier, you can simply restart this match and each time choose one of the two remaining [Optional Conversation] options (making it three matches in total). You'll also unlock the Brick Master Trophy for winning the first time. 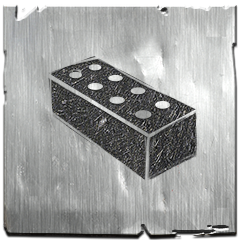 Once you're at the bottom of the next set of metal stairs, nip into the room on your left and pick up the optionally collectable [Warning Note] from the desk.

Go back to where Riley is, flick the generator switch and join her at the double doors where opening them up will signal the end of chapter 2...