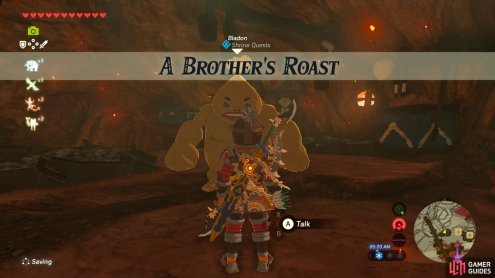 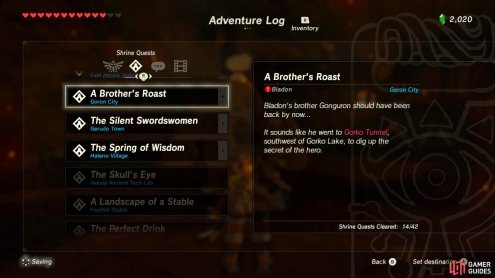 Talk to Bladon at Goron City. His brother, Gunguron, apparently ran off to the Gorko Tunnel in search of something. Help out Bladon by going and getting his brother to come back. 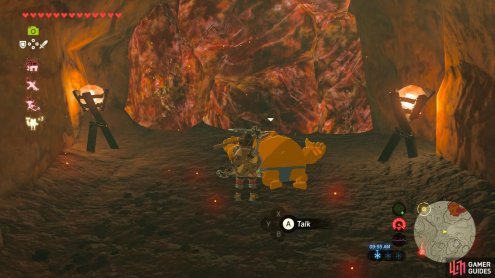 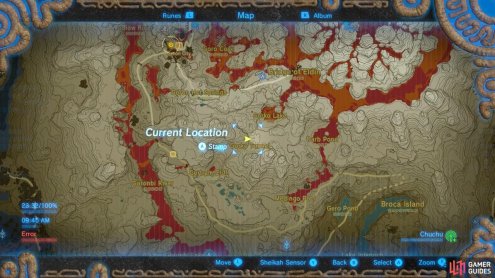 Head to Gorko Tunnel, to the spot marked in the screenshot above. You will see a short tunnel, so enter it and you will see Gunguron passed out on the ground. Bladon will arrive shortly after you as well and ask you a favor. 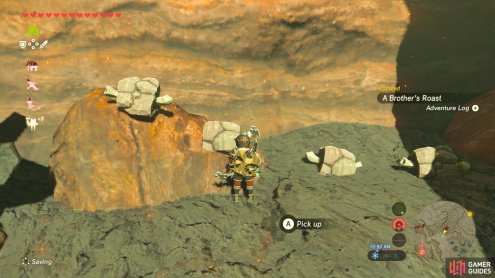 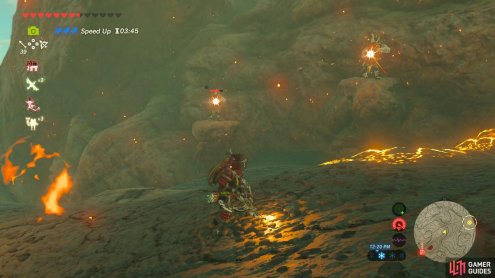 If you head downhill from the tunnel's entrance, you will find a Rock Roast that you will need to carry all the way back up to the brothers. The problem is, of course, that the path is absolutely littered with enemies.

Don't bother defeating them on the way down, as they will respawn when you pick up the Rock Roast. Classic Zelda, right? Set the Rock Roast down somewhere safe and flat and take out all the Moblins and other enemies. Beware as most of the Moblins are equipped with bows and will shoot at you from afar.

Once you have entered the tunnel with the Rock Roast, Bladon will cook it up for Gunguron, who will then finish chopping away at the tunnel and reveal the Kayra Mah Shrine. Once the cutscene concludes, the Shrine Quest will be completed. You are free to activate the Shrine now that it is revealed.