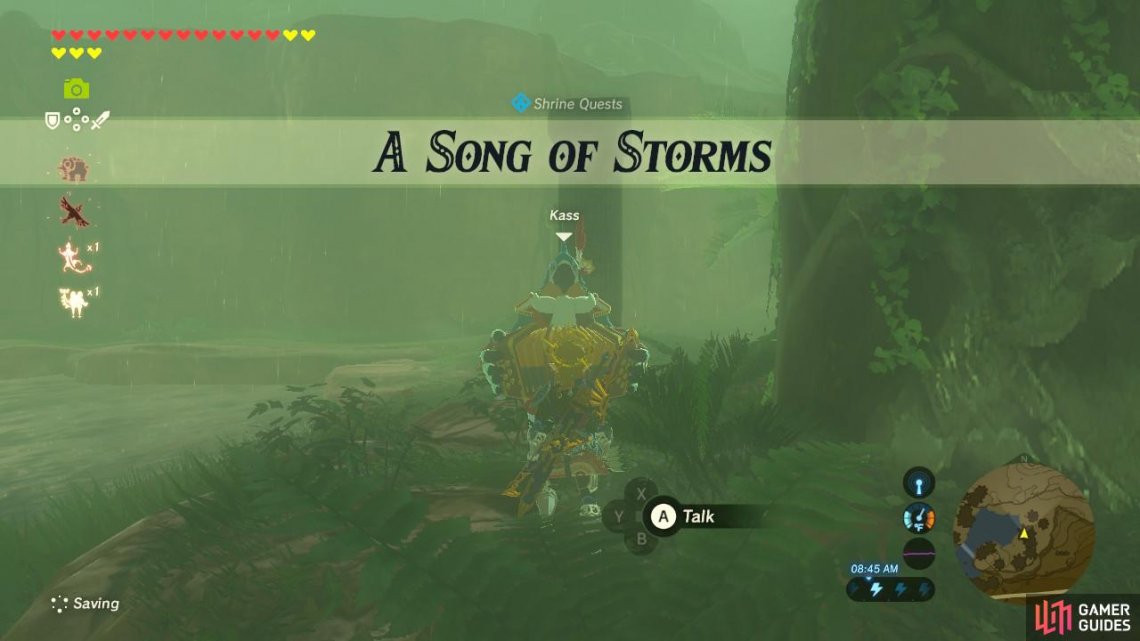 (1 of 2) This is a simple, localized Shrine Quest 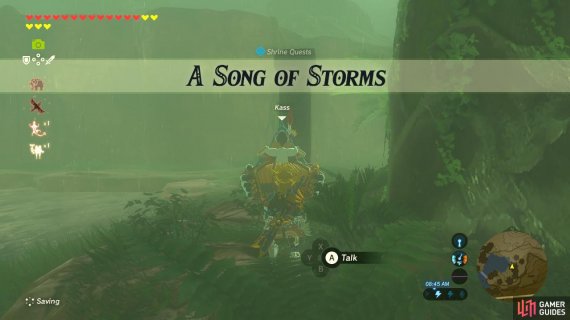 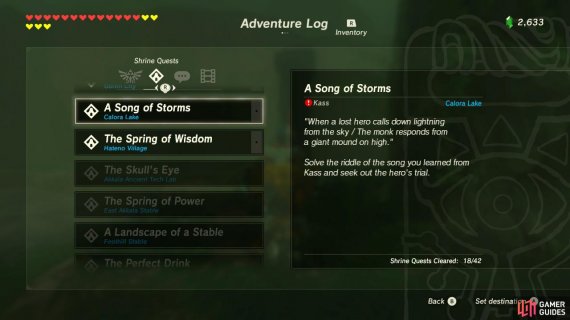 This is a simple, localized Shrine Quest (left), The only variable is the weather, but it storms frequently in the Faron region (right)

Talk to Kass once again. He is standing along the eastern shore of Calora Lake in the Faron region. It is most easily accessed by climbing up the waterfalls using the Zora armor set.

Kass will share a song about lightning and a mount. If you look towards the cliff’s edge on the eastern shore of the lake, you will see a giant rock mound with jagged marks on it. You have to attract lightning to strike that mound. 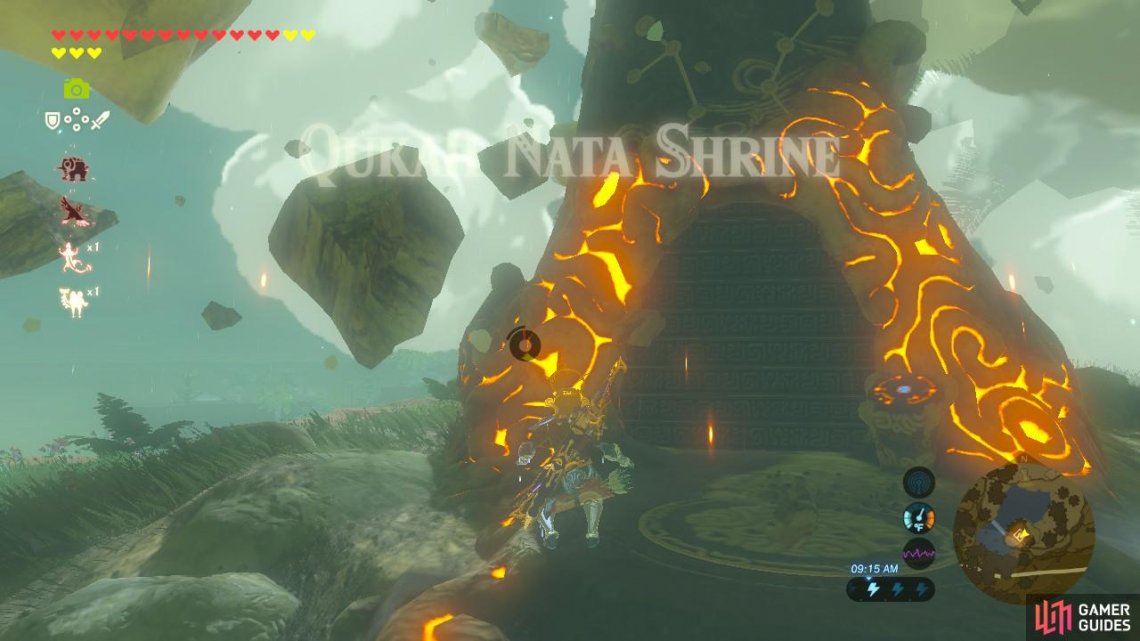 You can lay a metal weapon on top, for instance, or you can equip something like a Thunder Helm and stand on top to attract lightning. Once a thunderstorm has started to cook up, which will happen very frequently in the Faron region, wait for lightning to strike.

Once lightning has struck the rock, it will break apart and reveal the Qukah Nata Shrine, completing this Shrine Quest.