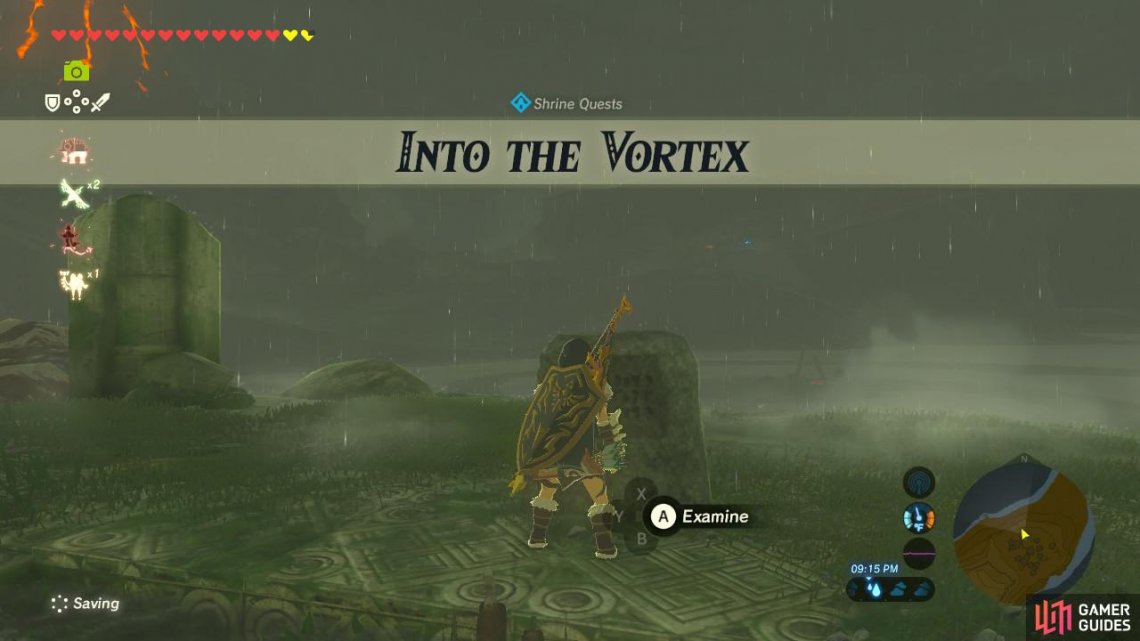 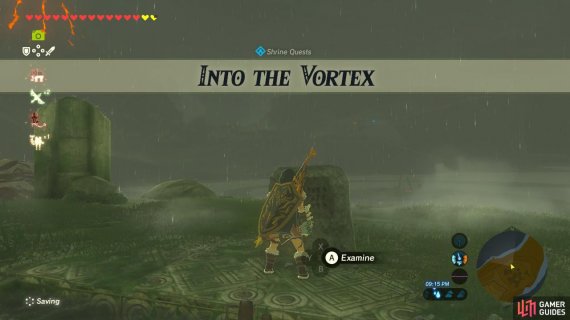 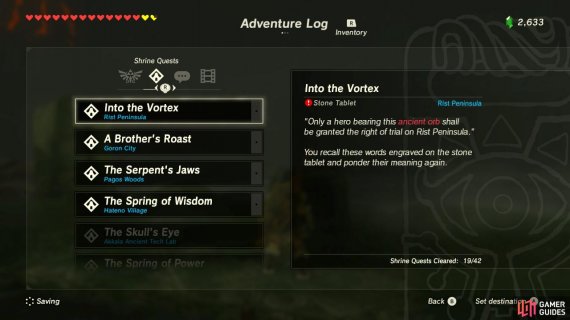 This Shrine Quest is not hard but it can be tedious (left), It helps if you can bring food that boosts your movement speed (right) 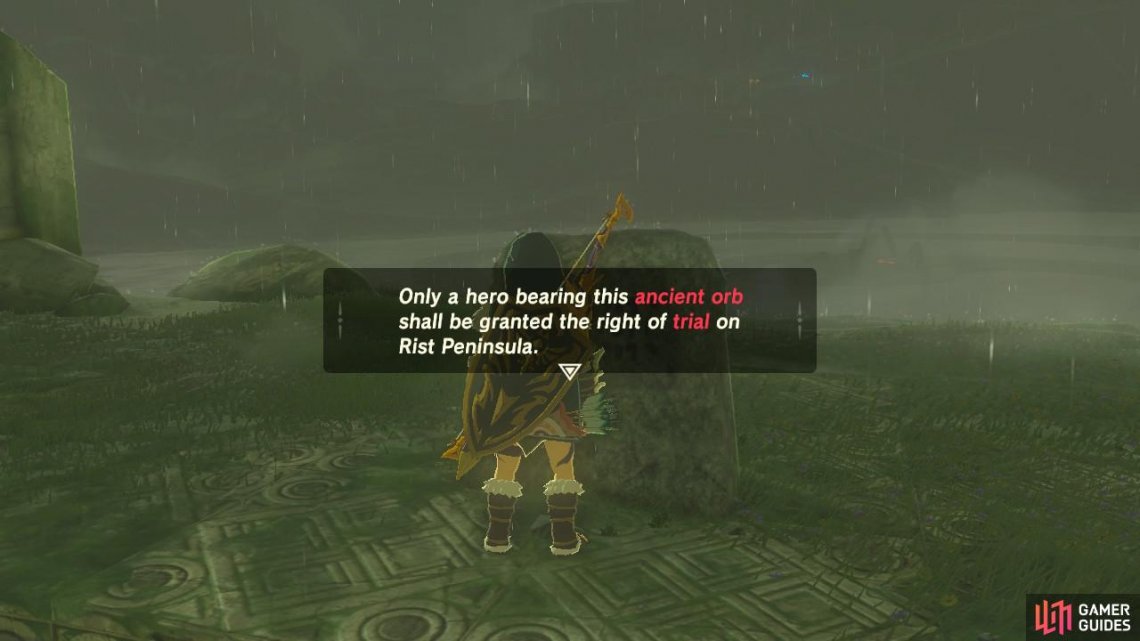 If you look east of the East Akkala Stable, you will see a curious peninsula shaped like a spiral. At the beginning of that spiral you will see a glowing orange orb and a slab. Read the rock to receive this Shrine Quest.

There is a pedestal at the end of the spiral peninsula and you have to carry the orb all the way there. It’s not as easy as it looks, though, since there are enemies everywhere. They include but are not limited to all sorts of Lizalfos, Octoroks, Bokoblins on horses, and giant Moblins.

Note: To prevent yourself from going crazy having to make the long walk, it’s best to bring some foods that give you a level 3 boost to your movement speed. This will also allow you to outrun Moblins, Lizalfos, and Octoroks. You cannot outrun the Bokoblins on horses, though, so you will have to deal with those. 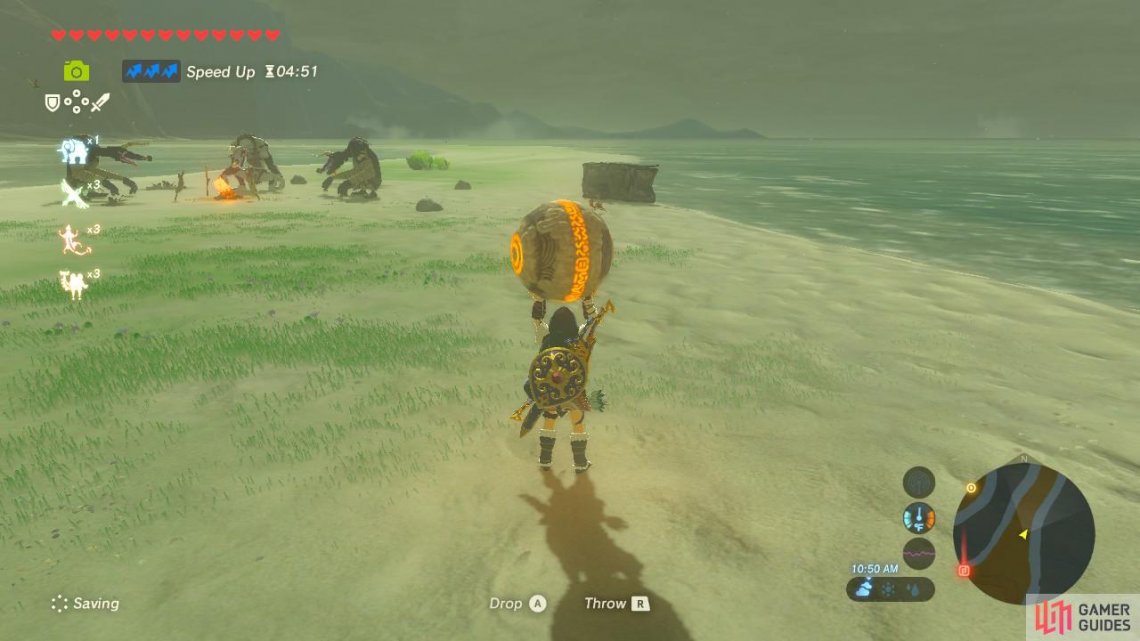 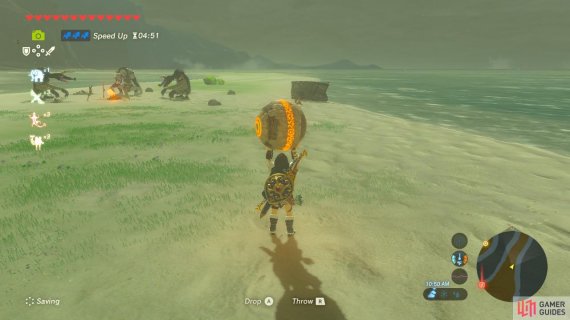 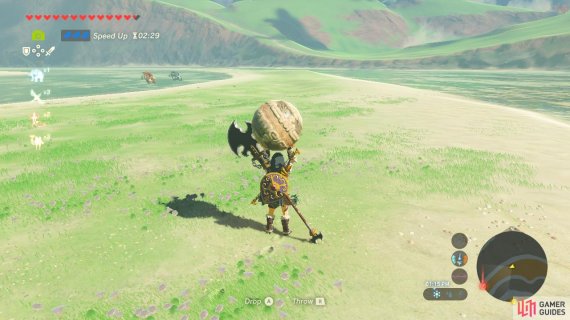 You can run past the Moblins if your movement speed is this high (left), But you cannot avoid the Bokoblins and they have spears (right)

As you run around the peninsula, you will first pass a camp of three Moblins. Defeat them or run right by them. After that, you will see several Lizalfos swimming in the water. They’re spread out all over the peninsula, but the real danger here are the horseback Bokoblins.

The Bokoblins, thanks to their horses, are fast enough that they can outrun you even with your level 3 movement speed boost, if you have one. Most of them are equipped with spears for longer reach, or bows to hit you from afar. So you will definitely want to deal with them.

You will also probably be harrassed by an Octorok as you run towards your destination. Thankfully, an Octorok hitting you will not knock your orb from your hands. If it does, pick it up and keep going, or shoot the Octorok to kill it. 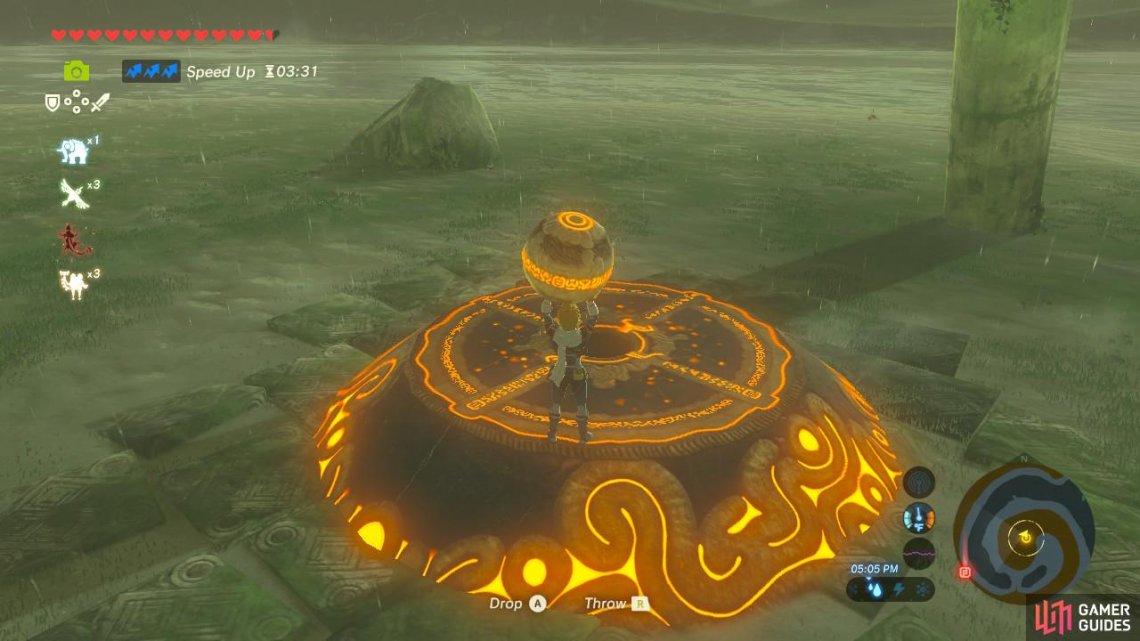 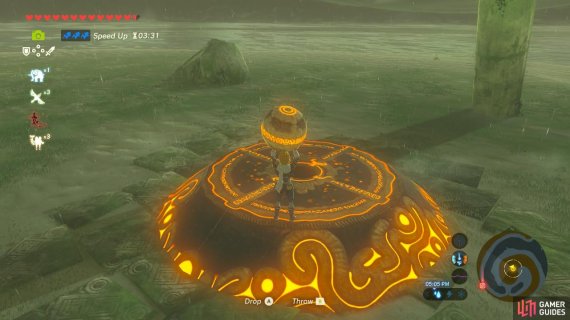 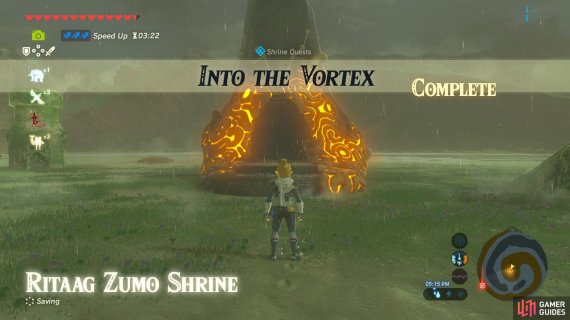 Then place the orb in this pedestal like normal (left), The Shrine Quest will complete after the cutscene (right)

Once you have arrived at the pedestal, place the orb where it belongs and the Ritaag Zumo Shrine will rise up from the ground, completing this Shrine Quest.