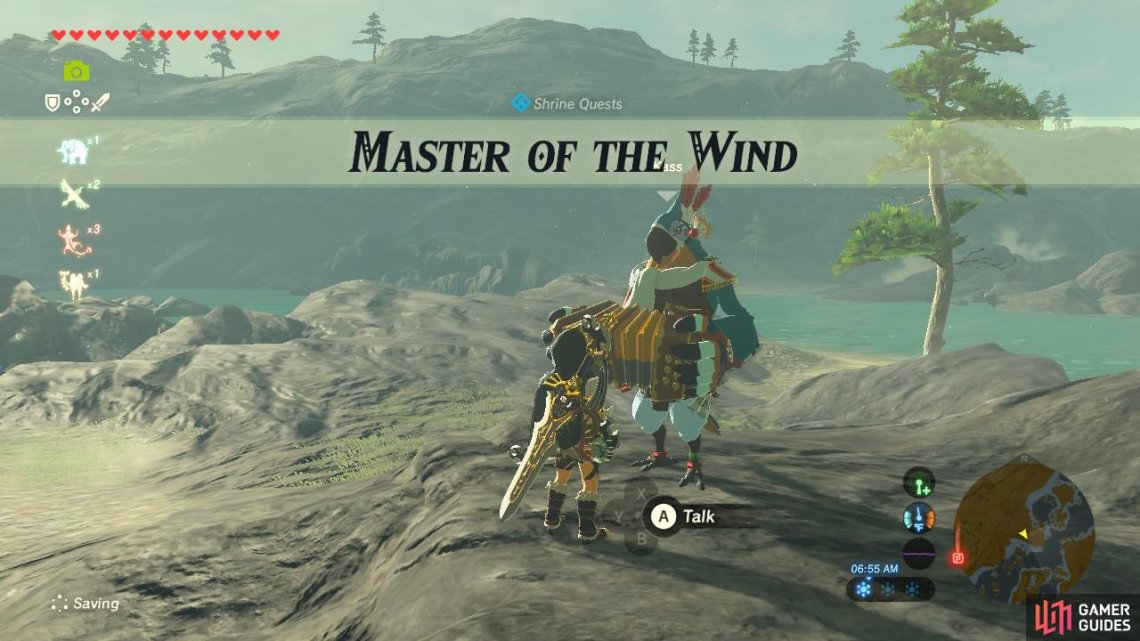 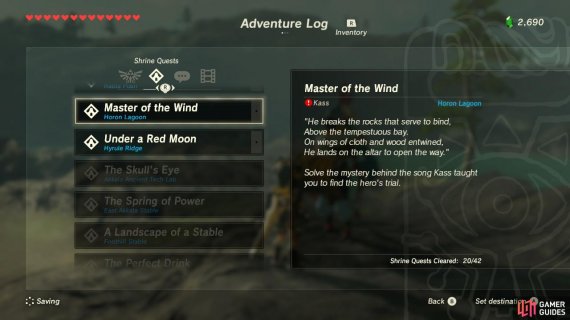 This is another song-based Shrine Quest from Kass (left), This Shrine Quest is localized to this area but can become tedious (right) 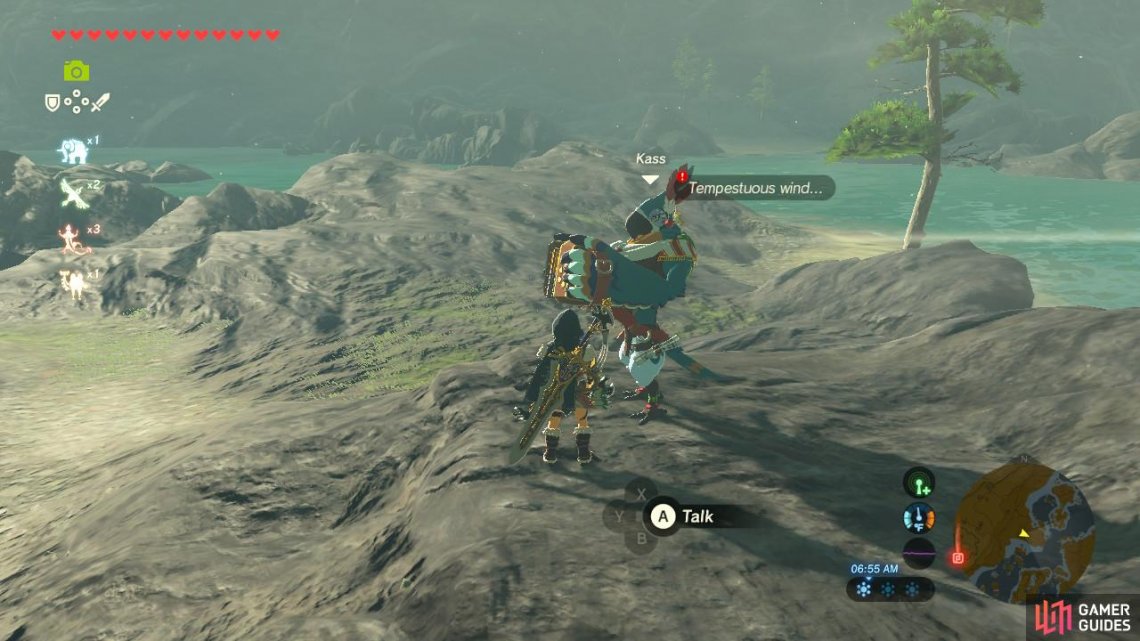 (1 of 2) Kass is playing the accordion by the shore 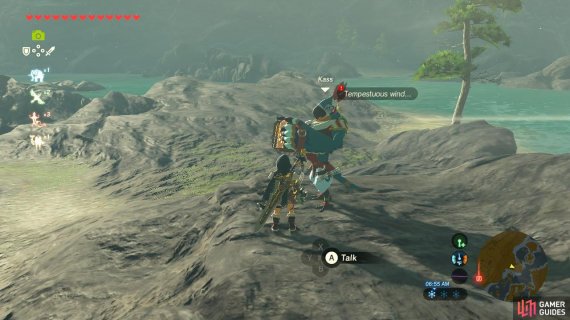 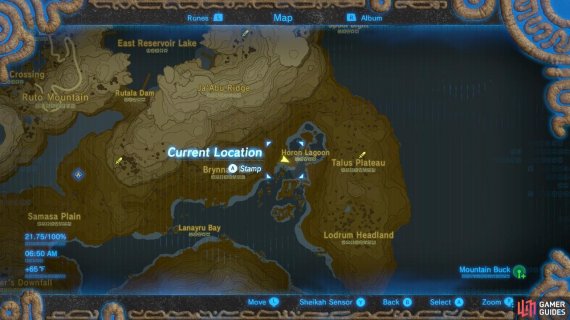 Kass is playing the accordion by the shore (left), Here is the specific location where Kass is, and the Shrine Quest takes place (right)

Once again, it’s time to go find Kass at another one of his musical locations. Kass is standing right at the western shore of Horon Lagoon, which is west of Talus Plateau in the Lanayru region. See the above screenshots.

Listen to Kass’s song as he points out both the lagoon and the nearby pedestal marking a hidden Shrine. The goal of the song is for you to break the bombable rocks scattered around the bay. Then you will need to Paraglide onto the platform to show your “mastery of wind”. 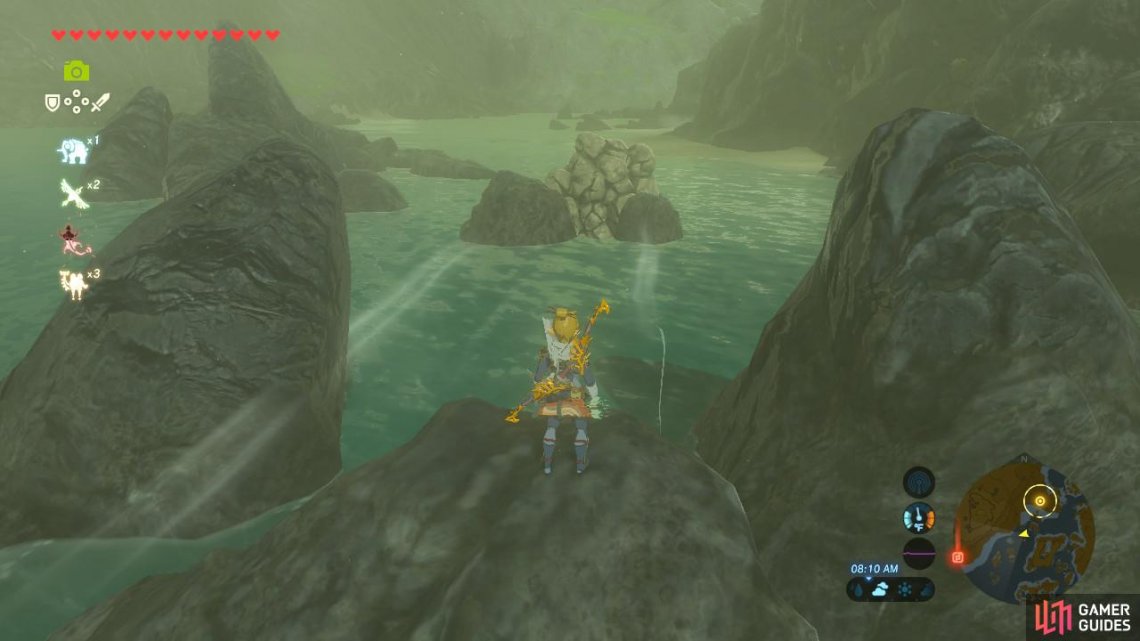 (1 of 5) One of the rocks is out wedged between two other boulders. You can reach it by using Cryonis

There’s a small snag, of course. Some of the rocks are pretty far out from shore. You will have to do a lot of swimming or make a lot of Cryonis ice blocks to successfully navigate around and get to all of the rocks.

Each time you destroy a rock, you will unblock another wind current (you will know because a short cutscene will show you), so each subsequent rock should be easier to find and break. There are only about 4 or 5 rocks to break in total. If you are having trouble with Remote Bombs, you can also use Bomb Arrows. 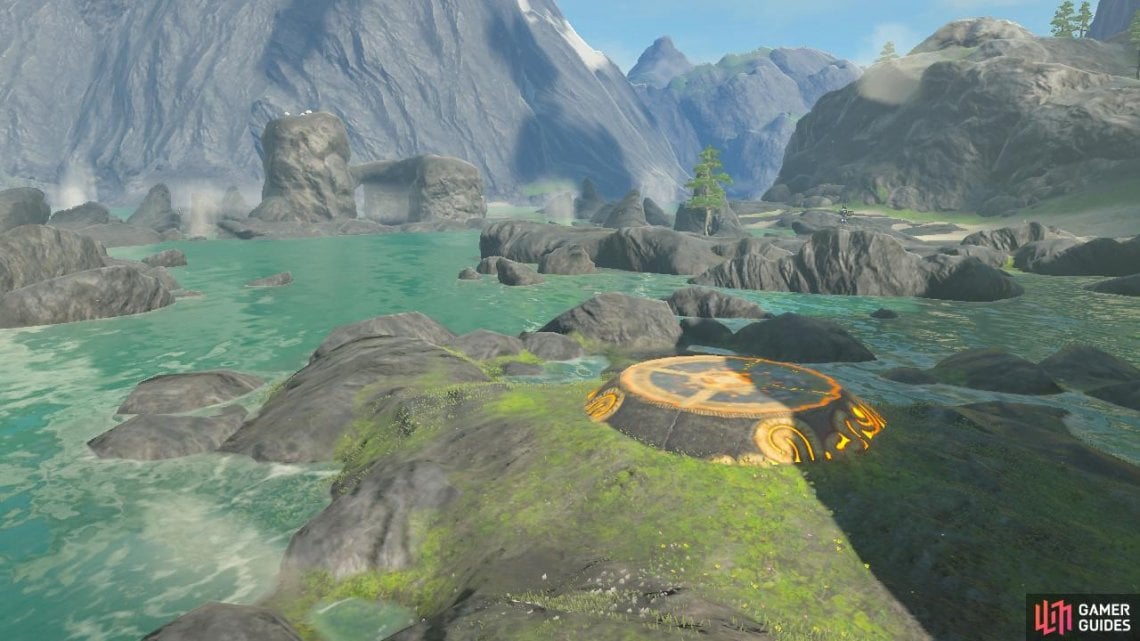 (1 of 3) When this cutscene plays that pans out to the pedestal, you will know you have completed breaking the rocks

You will know when you’ve gotten all the rocks because a cutscene will zoom out to the pedestal and it will begin to glow orange. That’s your cue that you can land on it to finish the quest. Climb up to the center of the C-shaped rock and Paraglide off straight towards the pedestal. The wind current will carry you. You have to land right on the pedestal! If you land even a little off it and then run onto it, that won’t count! 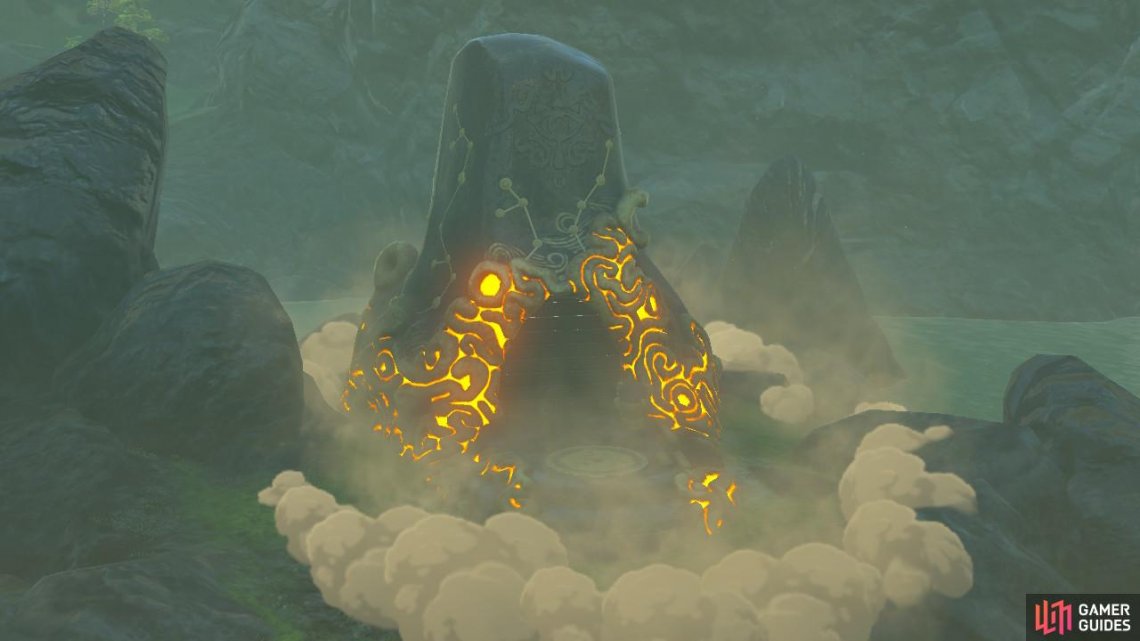 (1 of 2) The Shrine will rise from the ground 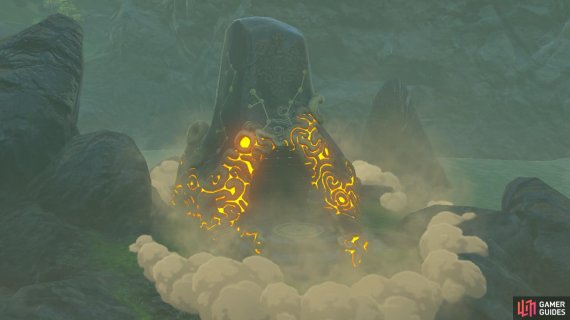 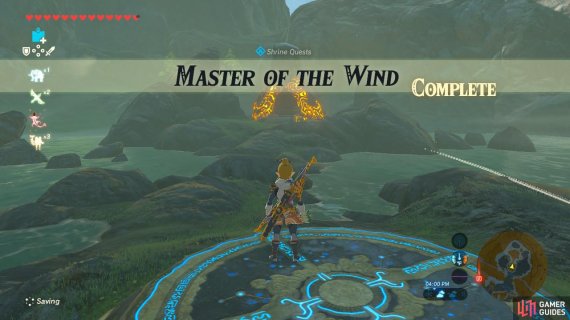 The Shrine will rise from the ground (left), At this time, the Shrine Quest is complete (right)

The wind current will begin to wear off and you will slow down by the time you are over the pedestal so don’t drop your Paraglider and then drop down. Just let yourself drift naturally onto the pedestal and it will glow blue, triggering a cutscene where a Shrine rises out of the ground. You have now unlocked the Shai Yota Shrine, completing this Shrine Quest.