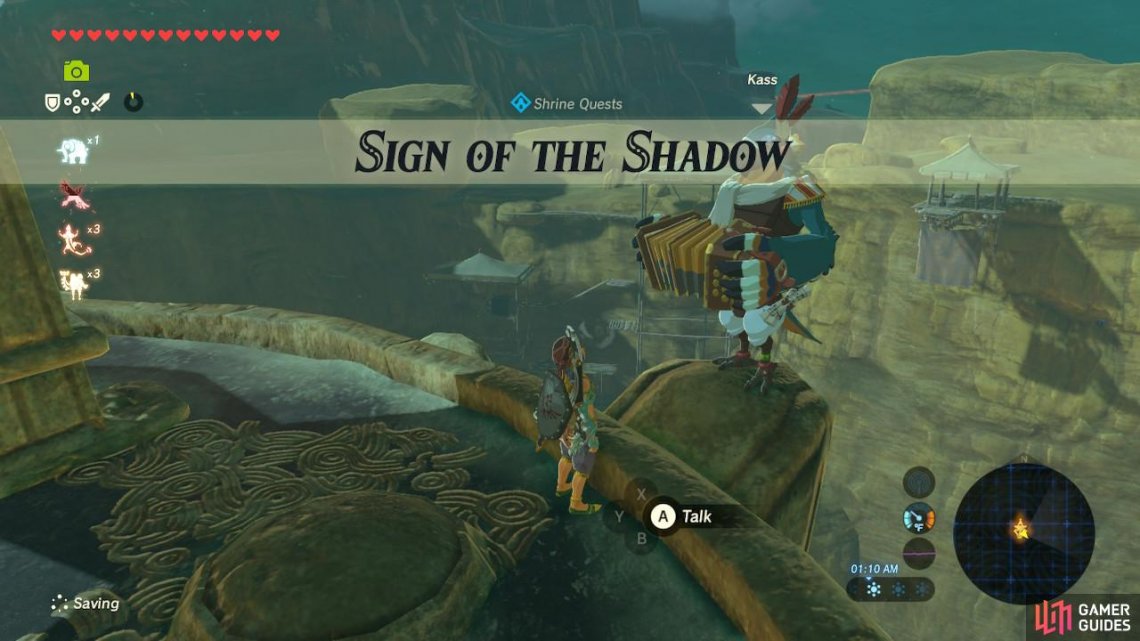 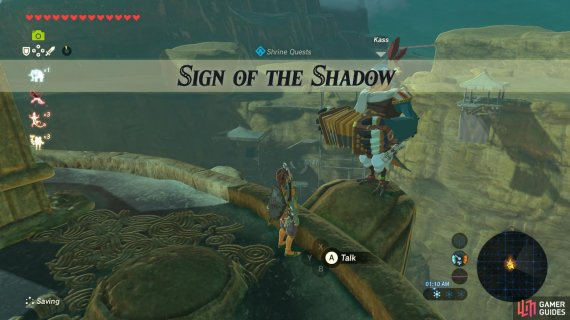 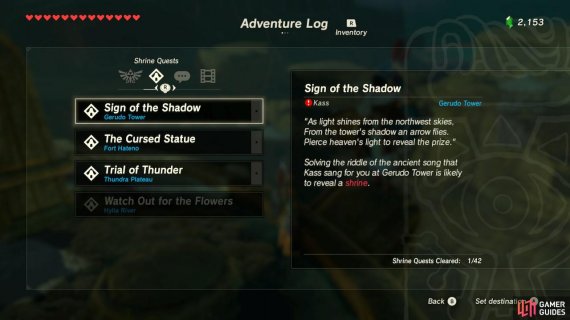 Trigger the Shrine Quest by talking to Kass atop Gerudo Tower (left), It seems we have to do something about the sun’s shadow to unlock a hidden Shrine (right)

Near the Gerudo Tower is an odd circular, flat pedestal. It looks like it could be a key to a Shrine, and indeed it is, but you cannot access it until you complete this quest. 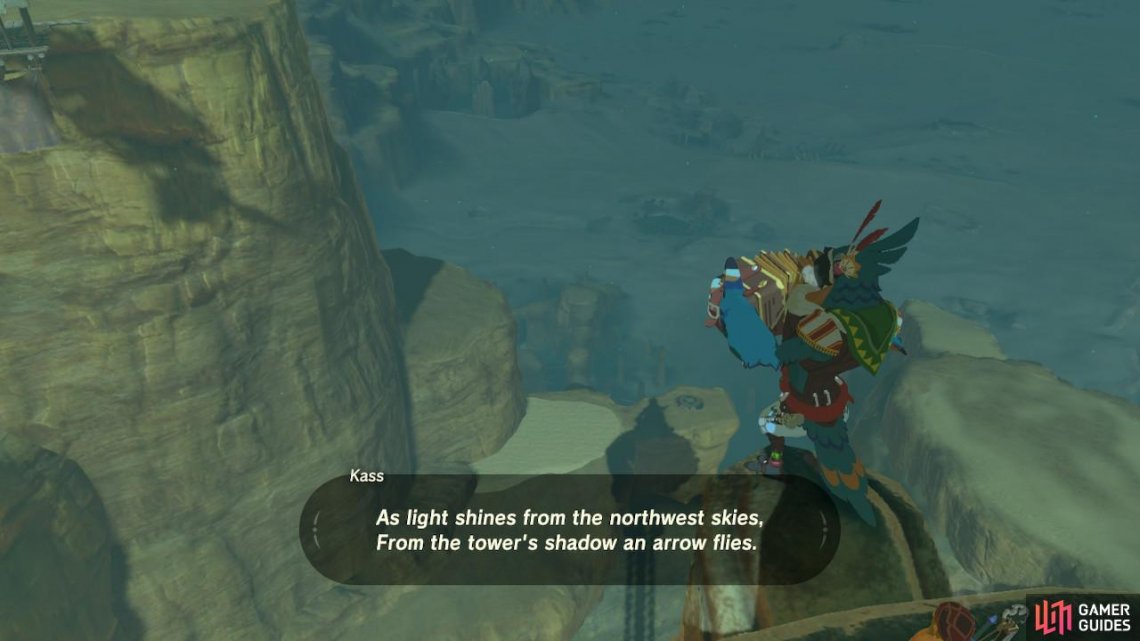 (1 of 2) This time, the song actually hides a Shrine 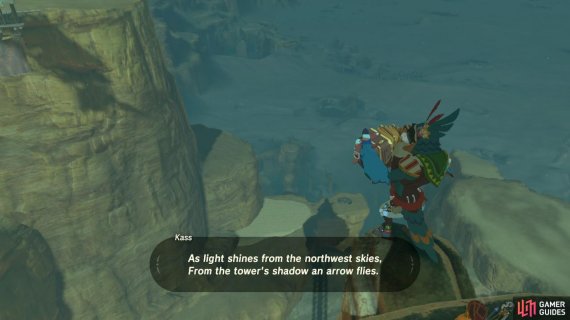 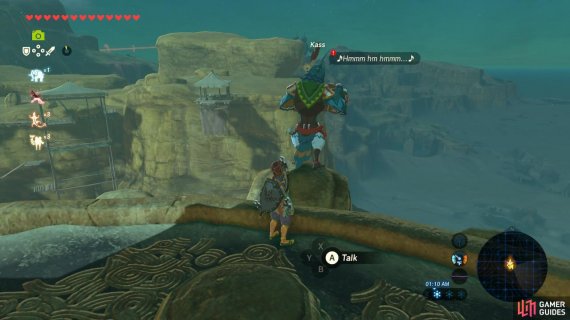 This time, the song actually hides a Shrine (left), Kass can be found all over Hyrule with various songs (right)

Once you have unlocked Gerudo Tower, you will find Kass playing the accordion at its top. Speak with him to hear an odd song. Kass will mention the song holding some sort of “secret” and this will kick off the Shrine Quest. 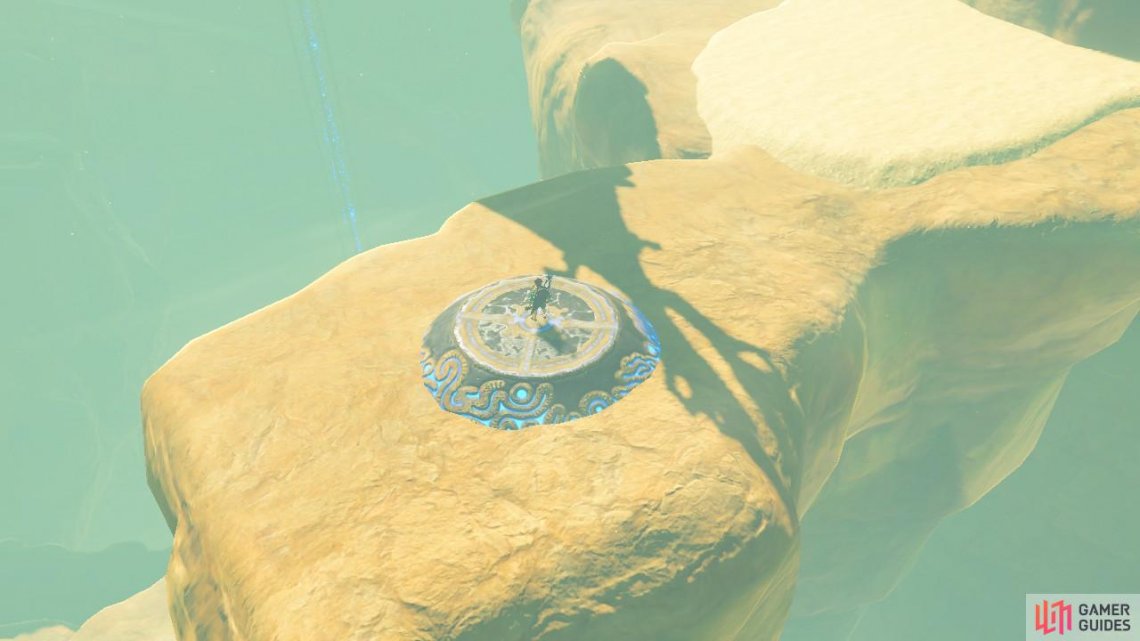 The Tower’s shadow is the key to the puzzle. During certain times of day, the Tower will cast its long shadow over the land. When the shadow is overlapping with the circular structure is the right time to solve the puzzle. You will want to stand on the circular platform.

Around 3:00 PM in the afternoon or at night when the moon is directly overhead the tower, the platform will begin to glow. This is your cue to point your bow at the peak of the Tower and fire an arrow, which will unlock the Sasa Kai Shrine nearby in the sand. Any arrow will do, but a normal one is probably the best choices since they are cheap and easy to farm.