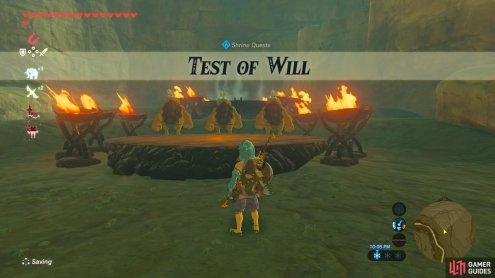 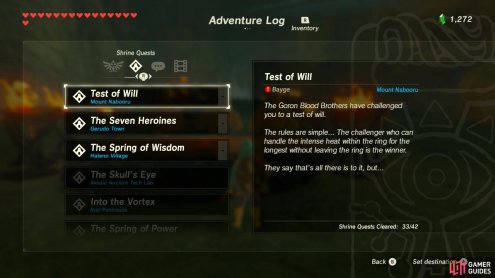 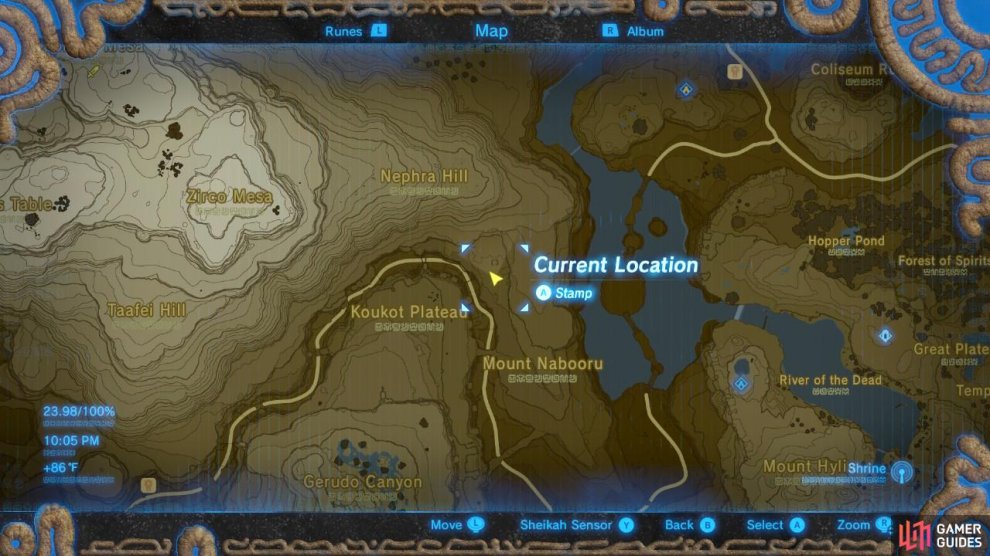 If you travel to a little corner northeast of the text "Koukot Plateau" and northeast of "Mount Nabooru", off the path through the canyon to the Gerudo Canyon Stable (location specified in the above screenshots), you will see three Gorons and two platforms with torches of fire around them. Speak to any of the three Gorons and you will be assigned this Shrine Quest. A small bit of trivia: These Goron brothers are the same Gorons who gave you the Shrine Quest "The Gut Check Challenge", which you can learn about here. 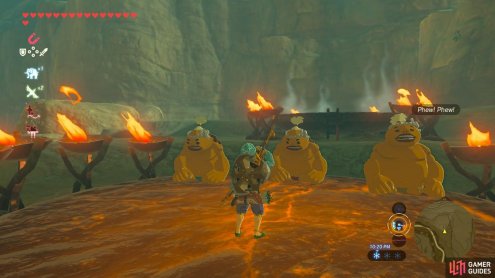 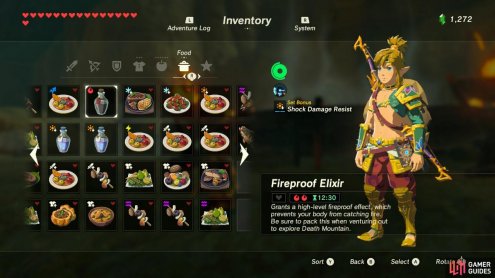 Step onto the platform and wait for the other three Gorons to pass out. One by one, they will, with the middle Goron being the last to go. You have now won the first challenge.

The second challenge involves the same endurance test, but on a platform with fire burning from below. The Gorons will ban you from wearing your Flamebreaker armor, unfortunately, so this is where your Fireproof Elixir will come in handy. 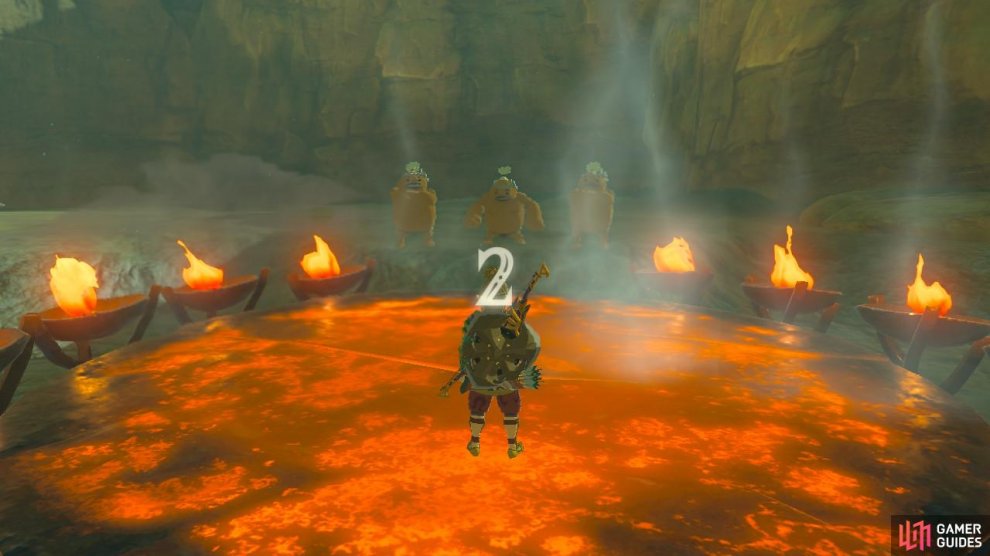 When you are ready, step onto this fiery platform with your Fireproof buff. Make sure you unequip anything wooden so it doesn't catch fire. Then just stand there and wait. If you have at least 24 hearts, you can survive without any elixir, but honestly it's cheaper to find yourself some Fireproof Lizards or purchase some from the Foothill Stable.

You will be almost done with the trial when the Gorons all start waving their arms and jumping around to cheer you on. Then a cutscene will play where they congratulate you on your victory, and the Joloo Nah Shrine will rise from the ground. With that, this Shrine Quest is complete.