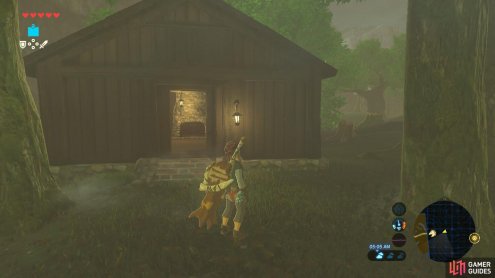 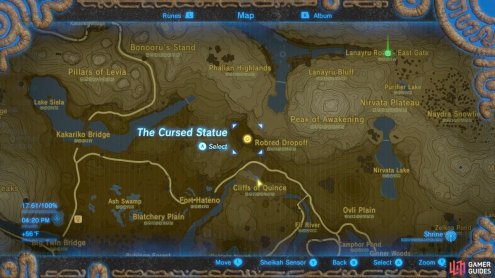 This Shrine Quest can be kicked off by speaking with the NPC Calip. His cabin is located right behind the Hateno fort which is northwest of Hateno Tower. If he isn't there, he is in the site of the Shrine Quest itself. 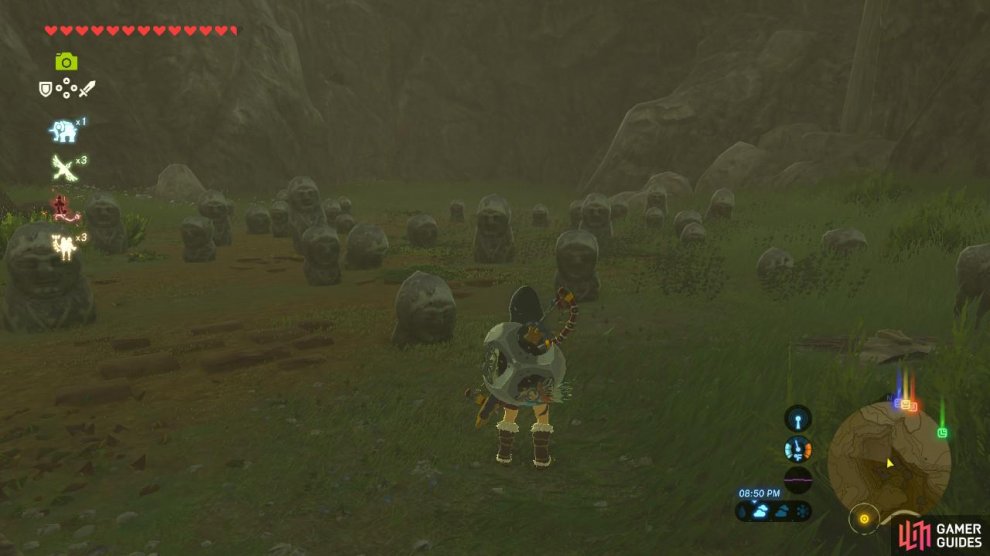 The Shrine Quest revolves around some sort of statue. You can find this statue in a canyon (you can see the exact location in the first set of screenshots where the yellow dot is). You will know when you have arrived because there will be a whole field of creepy statues.

Note: During the day, if you mark this Shrine Quest on your map, the yellow dot will be where the statues are. But at night, the dot will change to Calip's cabin, to indicate that Calip has returned home. Don't go there though, you need to go to the canyon at night. 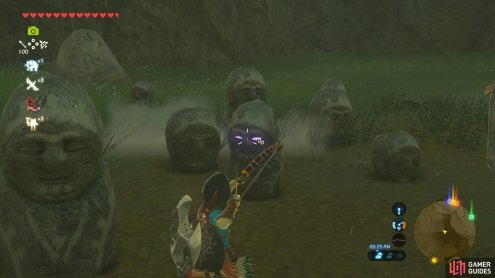 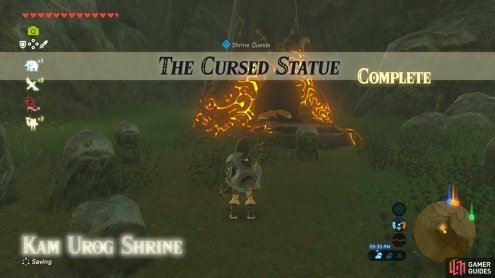 At night, the cursed statue in question will have glowing eyes. Shoot an arrow at this statue and you will reveal the Kam Urog Shrine behind the field of statues.