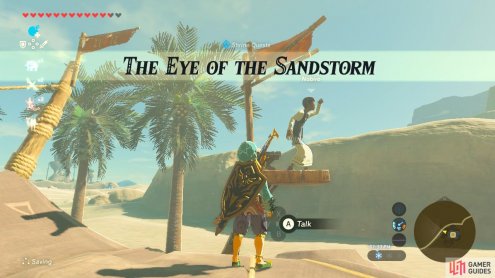 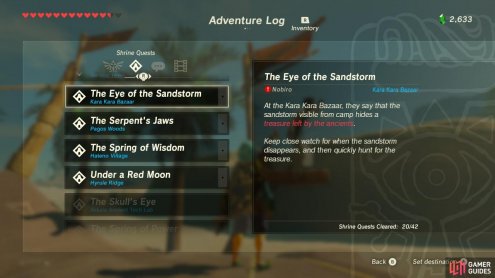 The Eye of the Sandstorm 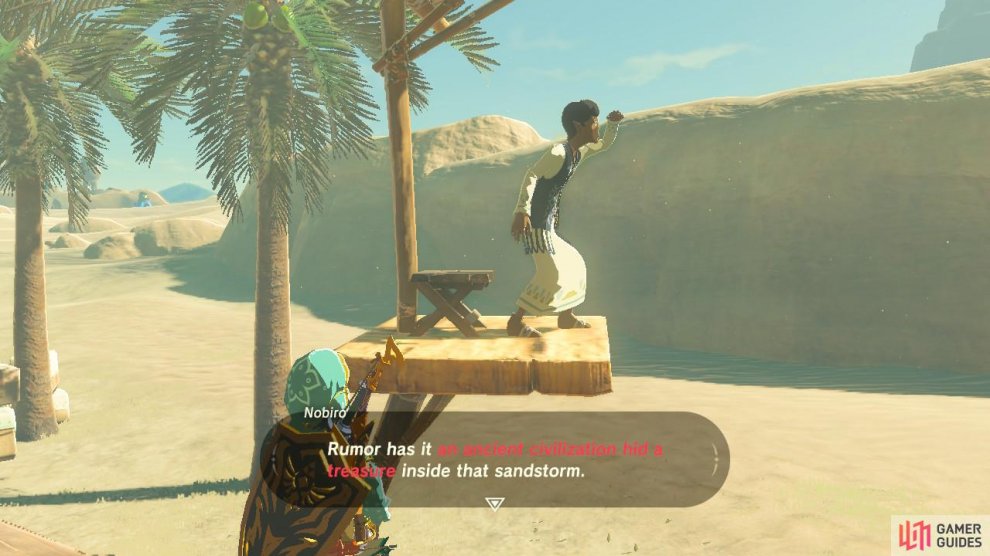 Speak to Nobiro at the Kara Kara Bazaar during the day to accept this Shrine Quest. Nobiro will tell you about a sandstorm that is said to hold a "treasure" of some sort. He also says that the sandstorm sometimes calms down, but he doesn't know when. Once it hits 9:00 PM at night, Nobiro will tuck in for the night. 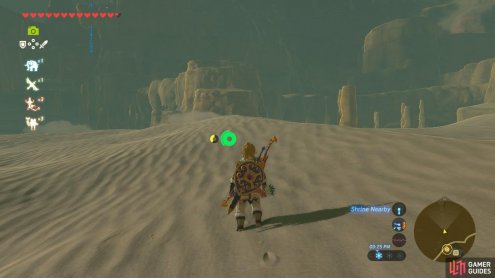 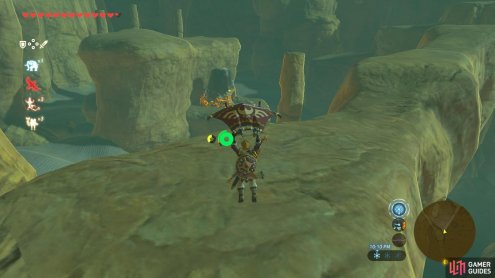 Go straight in the direction of the clouds and you will eventually come across an enemy camp marked by their trademark, skull-shaped rock. To it's left is a large cliff. Use Revali's Gale or have enough stamina to climb up it, and your Sheikah Sensor should start going off. The Shrine is visible from the top of that cliff.

Activate the Dako Tah Shrine and this Shrine Quest will be marked as complete!