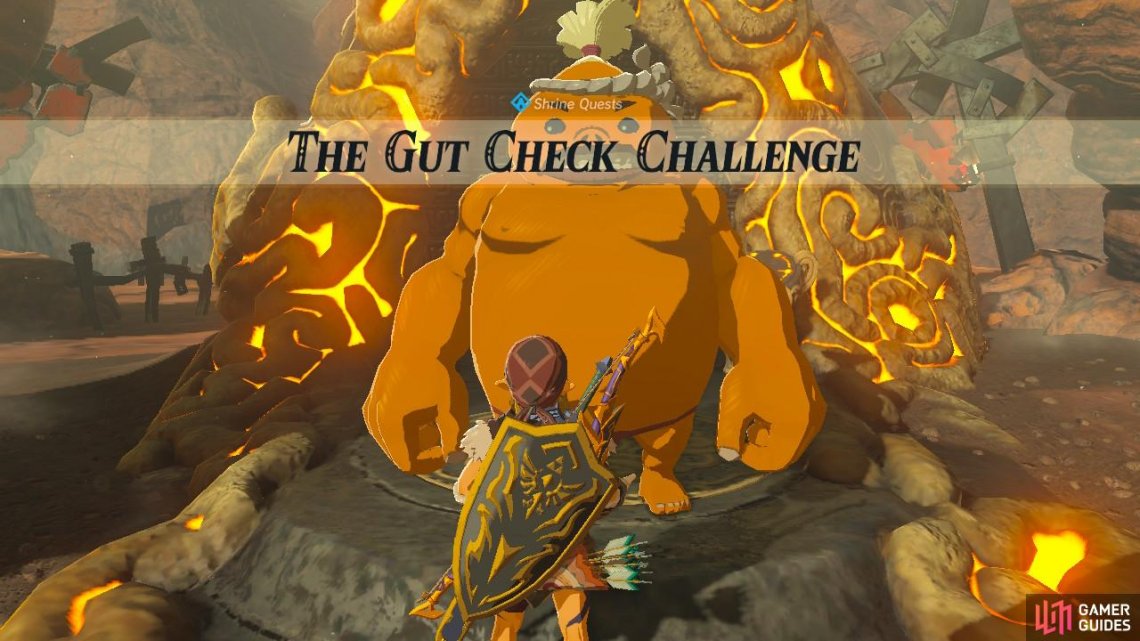 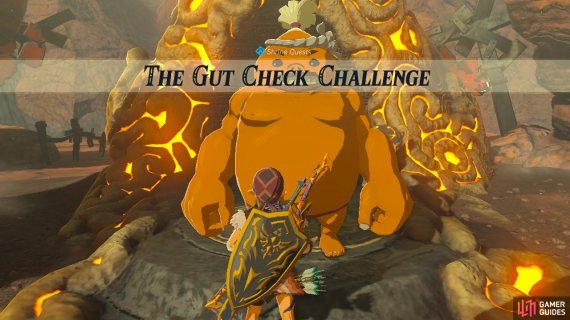 This Shrine Quest involves playing what amounts to the tutorial version of a minigame (left), Bring some stamina foods and movement speed boosters if you can (right) 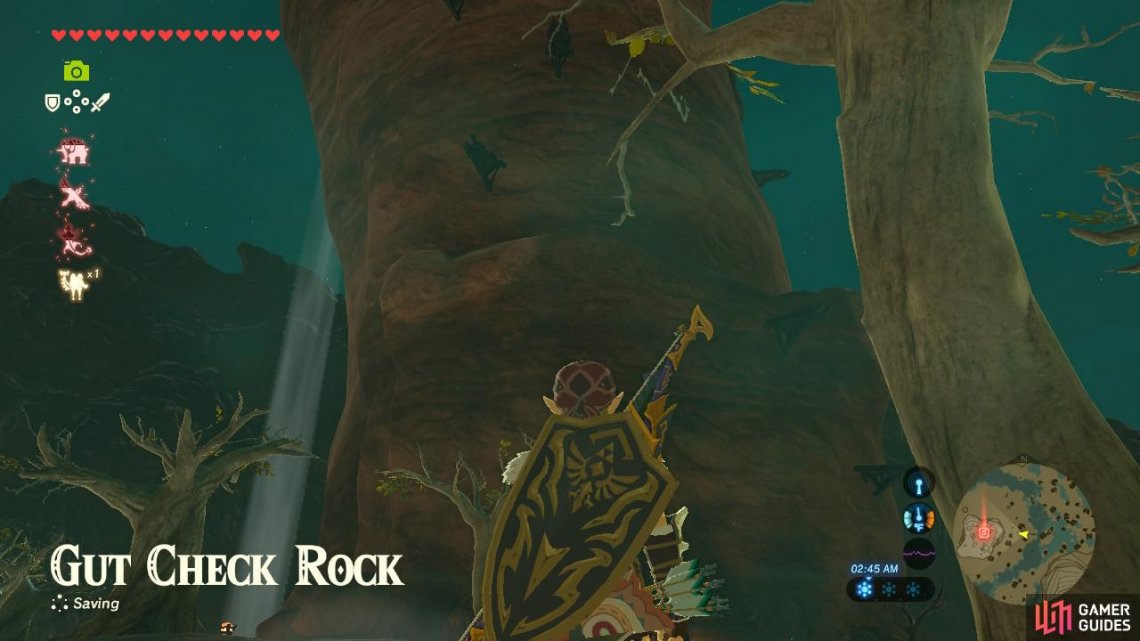 (1 of 2) This is the Gut Check Rock. It’s very tall with platforms scattered around it 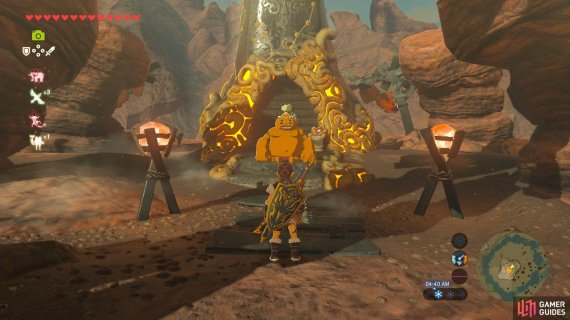 This is the Gut Check Rock. It’s very tall with platforms scattered around it (left), The Goron here won’t let you onto the Shrine until you complete the challenge (right)

Climb to the top of Gut Check Rock north of Death Mountain, surrounded by some hot springs. If you try to activate the Gorae Torr Shrine, however, you will be kicked off the platform by a Goron.

Speak with the Goron and accept to take on the “Gut Check Challenge” so that you can activate the Shrine. Head’s up: There is a lot of climbing involved so if you have any way of boosting climbing speed and/or stamina, now is the time to use it. You will have to climb the rock within the time limit, three minutes, and collect at least 100 Rupees. 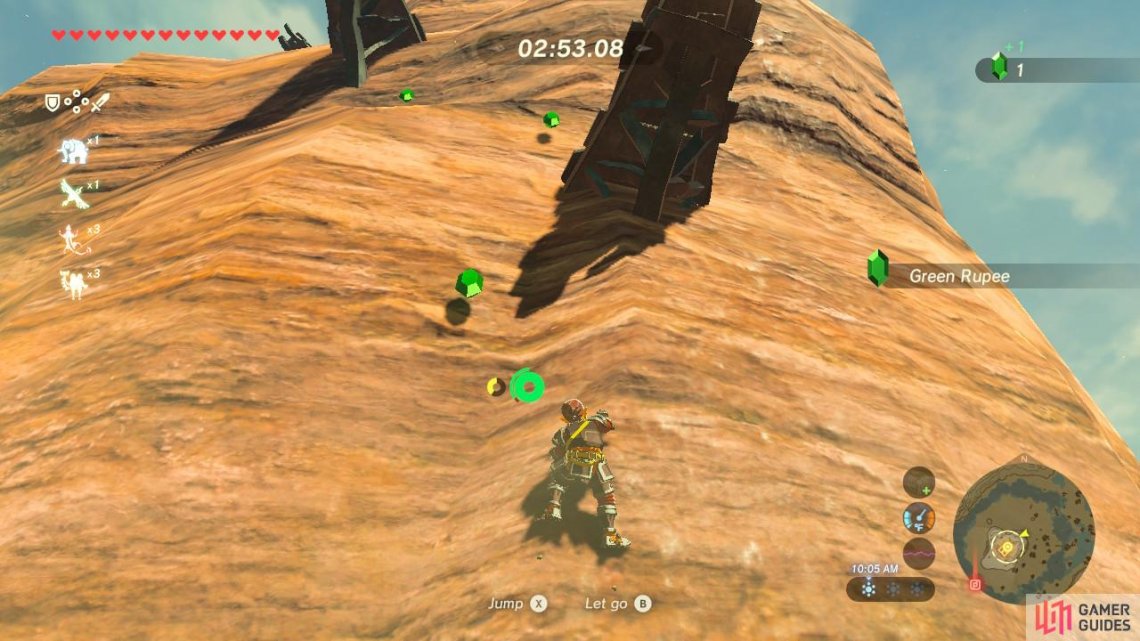 (1 of 2) At the bottom, the Rupees are all not worth much and will waste your time 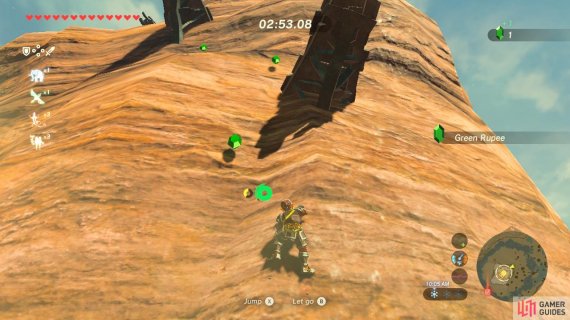 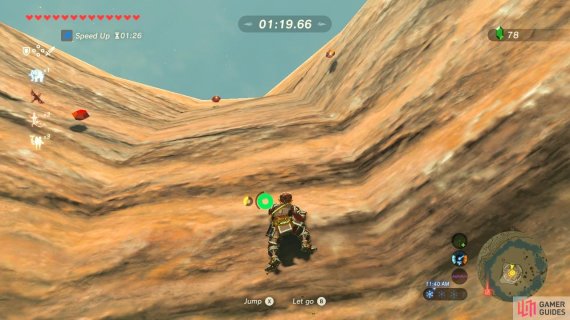 At the bottom, the Rupees are all not worth much and will waste your time (left), Grab all these more precious Rupees closer to the top (right)

Pay up the 20 Rupees to attempt the challenge and let’s have at it! The most valuable Rupees are at the top of the rock, so if you have Revali’s Gale, you can use it to bypass all the green Rupees on the bottom half of the rock that will waste your time.

Note: As usual, it pays to have things like more stamina or stamina-boosting foots, as well as a boost to your movement speed. Things like the climbing armor and foods that provide movement buffs will make this ordeal a lot easier.

Once you have reached the top portions of the rock, you will see the blue and red Rupees much more frequently. Don’t forget to stop on the platforms scattered around the Gut Check Rock both to replenish your stamina and to pick up the Rupee that is there.

Do not finish your climb up the Gut Check Rock until you have 100 Rupees. Once you have reached the top, a cutscene will immediately play judging whether you have passed or not. If you pass, you will finally be allowed to access the Shrine’s pedestal and activate it. 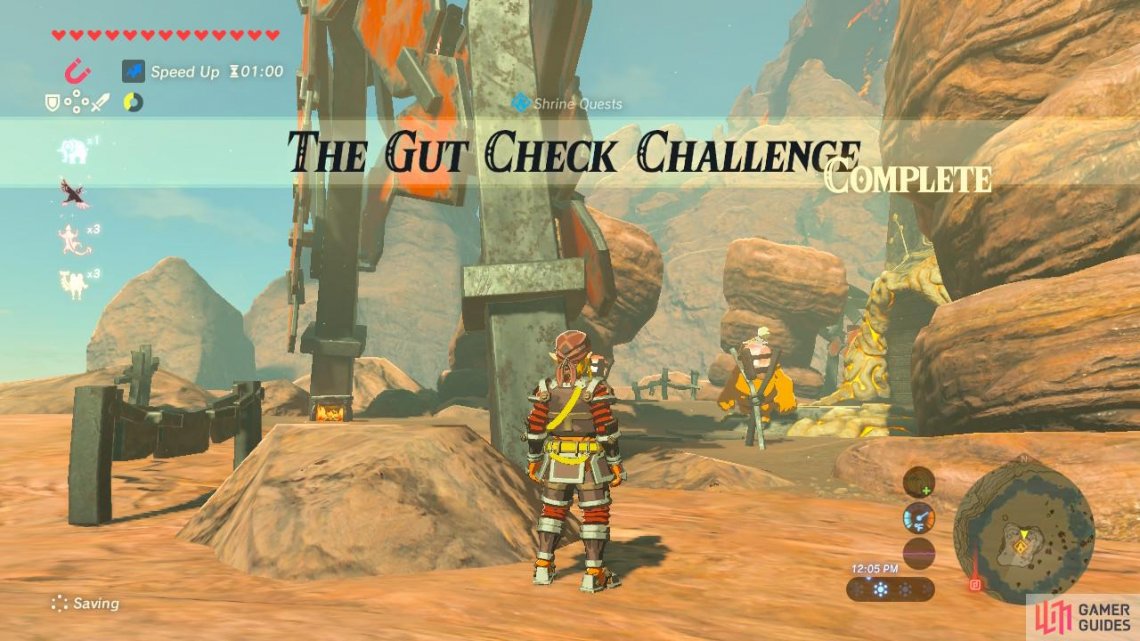 You will also unlock a minigame where you have to do what you just did but under even stricter circumstances. With that, this Shrine Quest is complete.