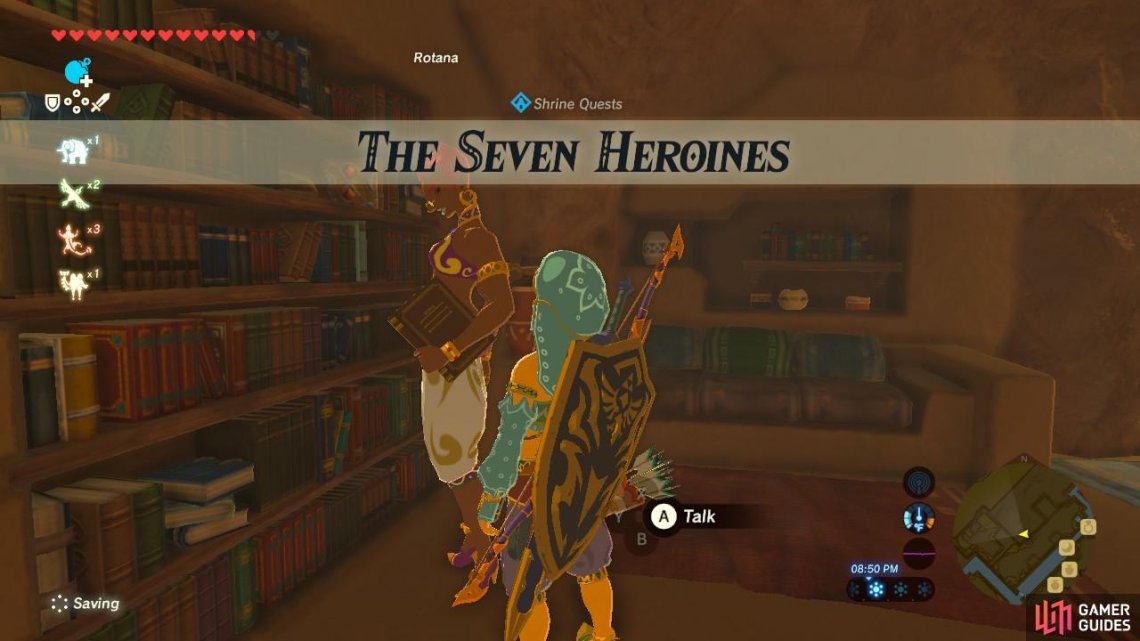 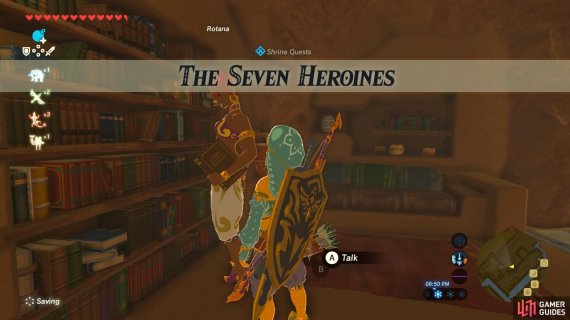 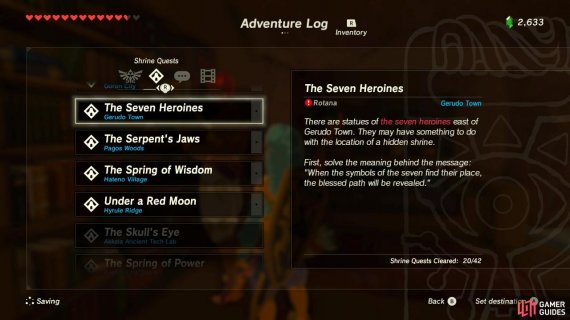 This Shrine Quest is a bit lengthy but not difficult (left), If you mark it on your map you will be told explicitly where to go (right)

Speak with Rotana. She is inside the house next door to the Noble Canteen bar in Gerudo Town. Once you’ve spoken with her, you will receive this Shrine Quest. It seems to have something to do with seven statues of legendary heroines of the past. 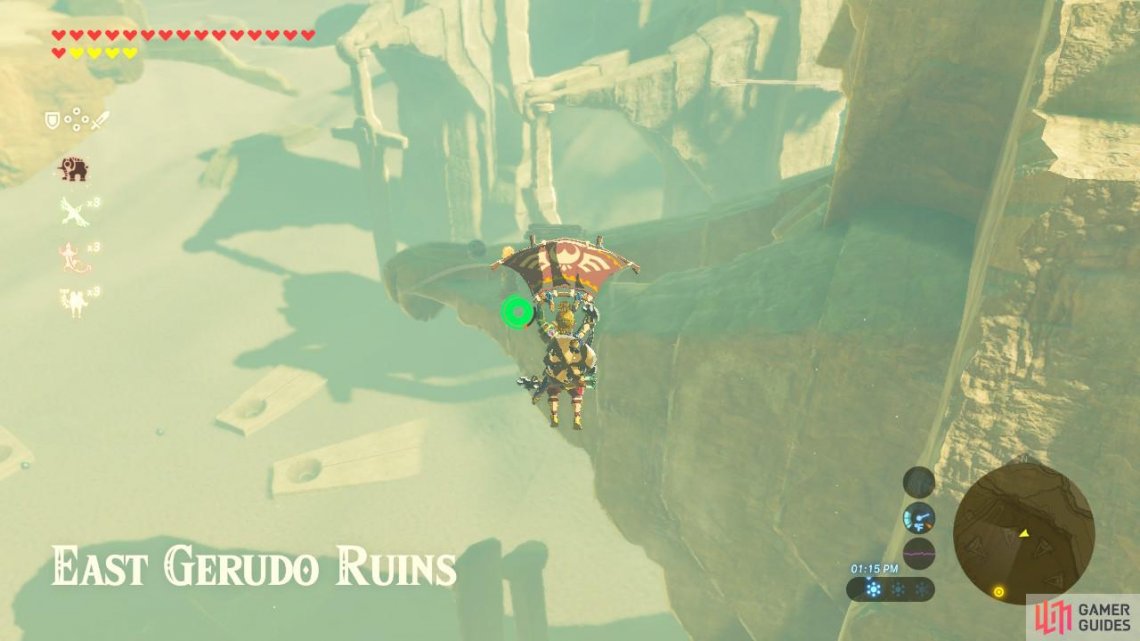 The fastest way to get to the ruins is by Paragliding from the Wasteland Tower. The location of the ruins is marked on your map if you set this Shrine Quest to show up as an objective, so finding it is extra easy.

When you arrive, go to the statue with an orb on top of it. It is actually the statue in the above screenshot where you can see the small ball on the statue’s outstretched hands. You cannot pick it up yourself, so use Magnesis and drop it onto the ground below the statues. 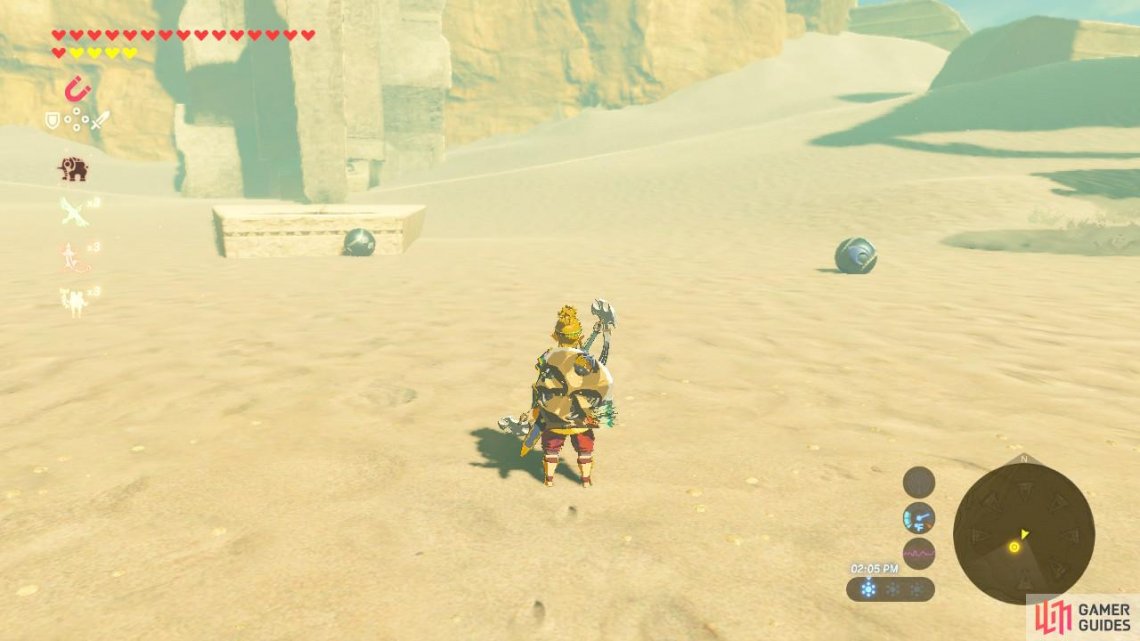 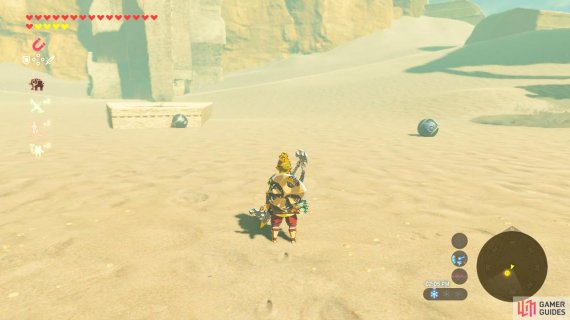 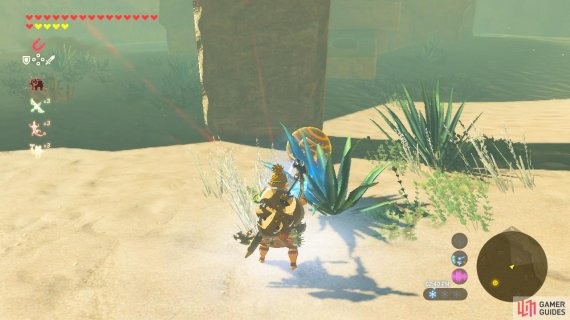 Two orbs are just lying out in the open (left), The others will be half-buried in the sand near pedestals, like this one (right)

Then, go down to the ground and find the rest of the orbs. Two are out in the open, and the other four are half-buried in the sand near the pedestals of the statues. You should end up with a total of six orbs, each with a curious symbol written on them. Each orb needs to go to its proper pedestal. If you look in the seventh pedestal, you will see that it already has an orb with a pause symbol icon on it. 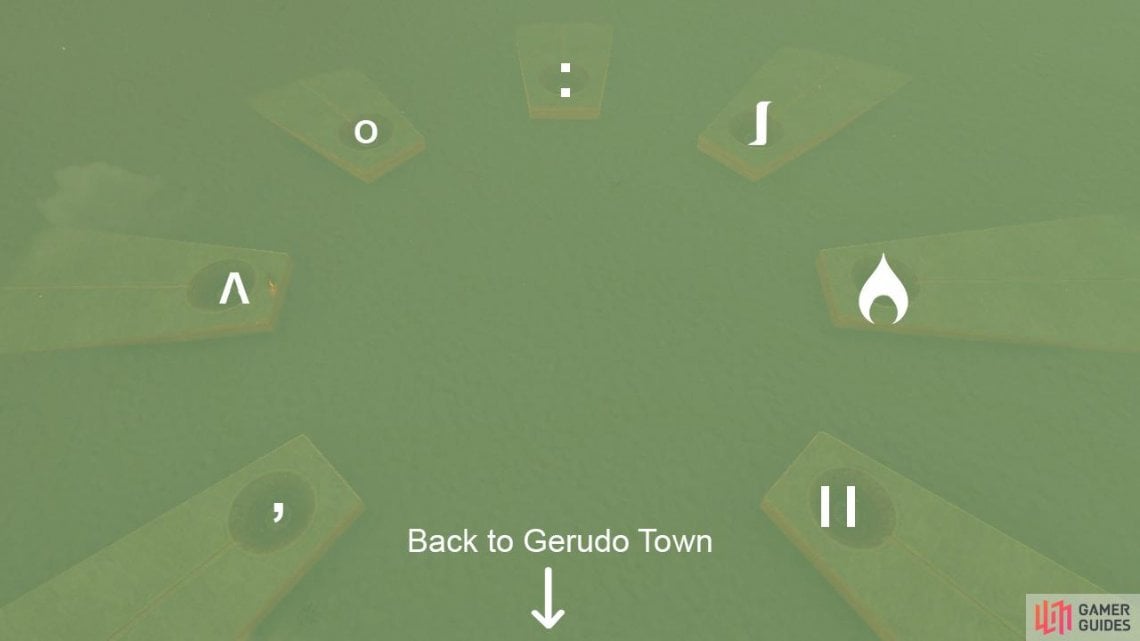 If you stand with your back to the entrance of the ruins (where you see the gap in the circle on your map), here is the order in which you should place the orbs in the pedestals. The hint that the game gives you is on the hilt of the swords of each of the heroines’ statues. If you were to look at each sword’s hilt, you will see the symbol. But of course, to speed things up, you can look at the above screenshot. 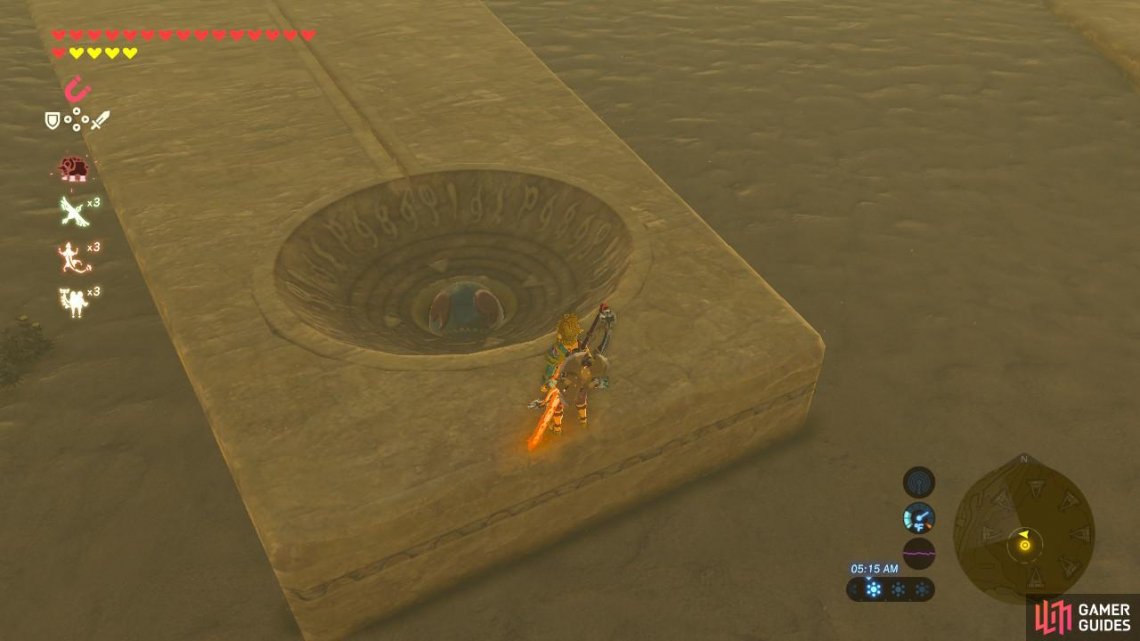 To further assist you, here is a series of images of the orbs in their respective pedestals.

Once you have placed all the orbs in their proper pedestals, the Korsh O’hu Shrine will be revealed and this Shrine Quest will be complete.