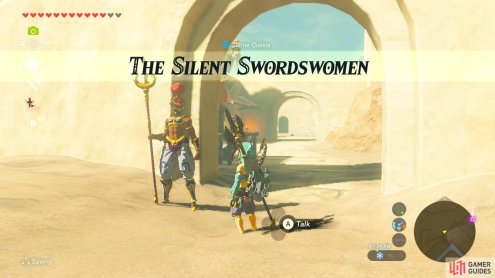 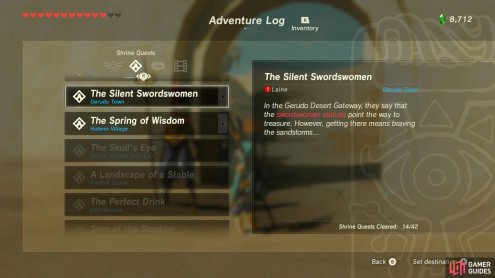 Laine is a Gerudo woman guarding the west entrance of Gerudo Town. Talk to her and she will point out a statue of a swordswoman nearby. She hints that it is connected somehow to the sandstorms that frequent the area and cause your Sheikah Slate to become static. This being a Shrine Quest, it obviously leads also to a Shrine. 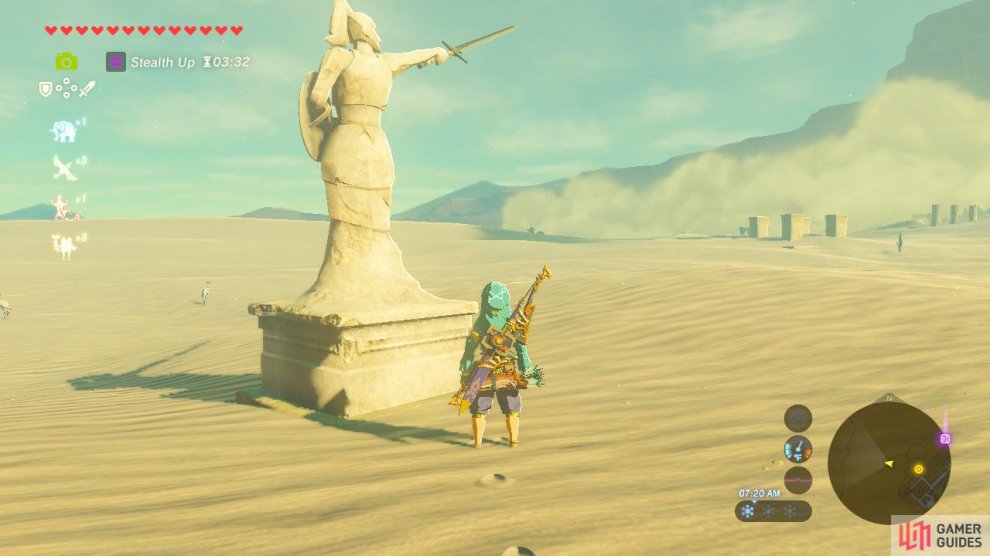 The secret to the swordswomen statues is that each time you find one, face the direction their sword points in and continue in that direction. Of course, it's not that simple. If you get caught up with enemies, for example, you could very well find yourself stuck in a sandstorm not knowing which way is which and that could force you to start over. Try to walk as straight as possible, never deviating, and ignore enemies if you can.

Note: Because you are entering sandstorm territory, even with heat-resistant armor you will still take damage. However, unlike other types of weather damage, this damage happens very slowly and slightly, so it is not terribly annoying. Just watch out for it.

Interestingly, is that it is entirely possible to find the Shrine without running into all of the Swordswomen statues. In fact, the Swordswoman near the skeletons points straight to the Shrine. If you go straight, literally going as ruler-straight as you can, you will run into the Kema Zoos Shrine. That's what happened to us. 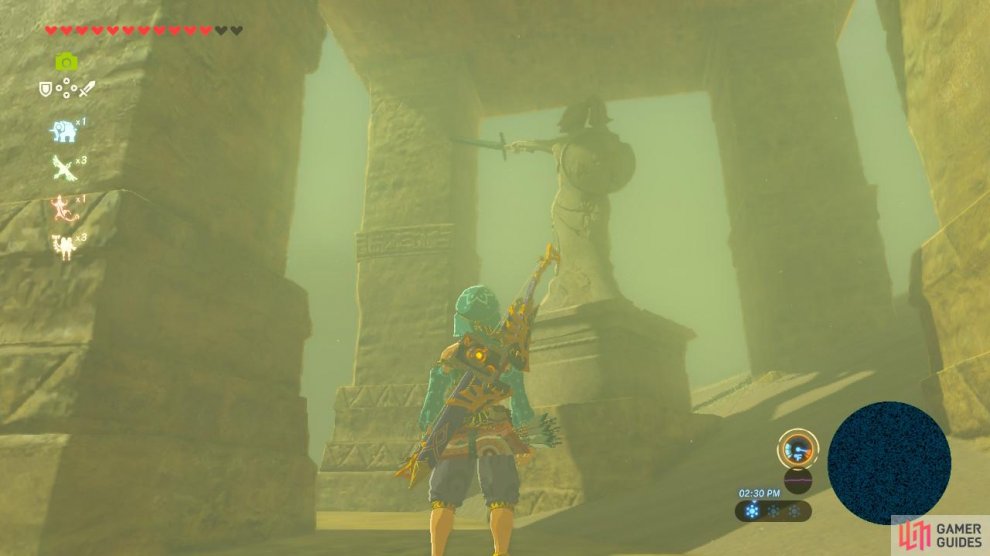 This screenshot above shows the Swordswoman statue closest to the Shrine in question. It is surrounded by four pillars. 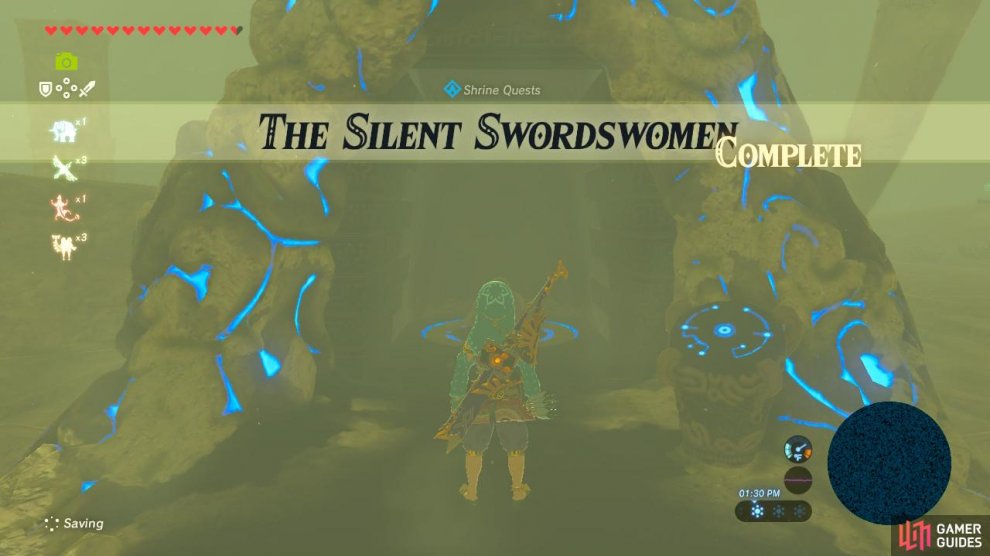 Once you have activated Kema Zoos Shrine, the Shrine Quest will be concluded. However, you can't actually fast travel since you're stuck in the sandstorm. It's unfortunate, but go in any direction for long enough and you will eventually get out.