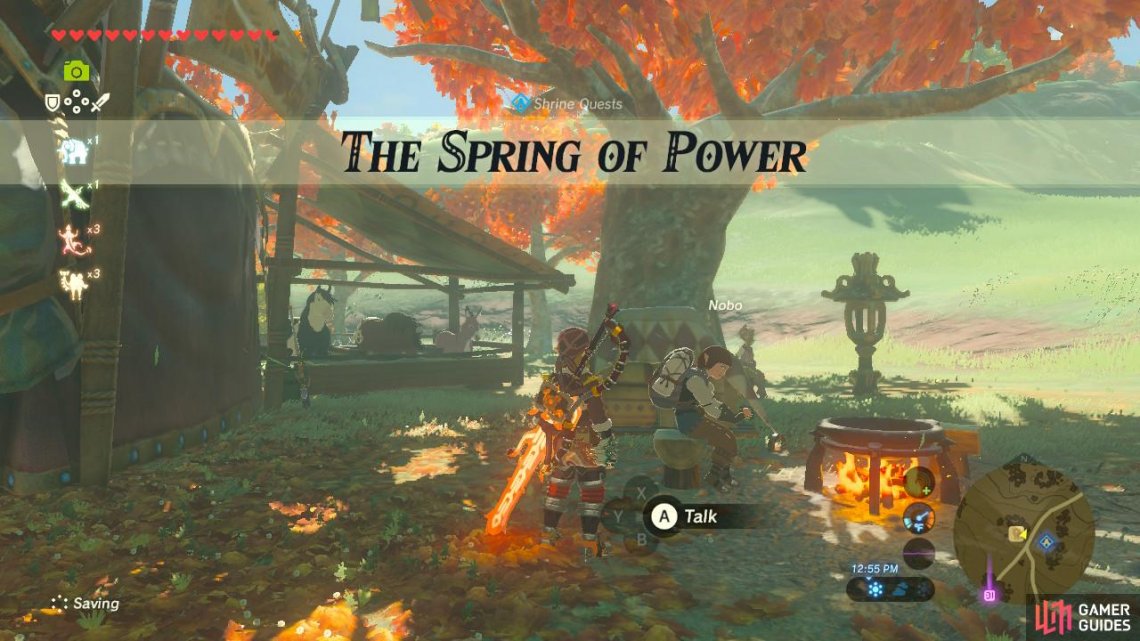 Talk to the NPC Nobo at the East Akkala Stable. Ask her about “this area” when she asks if you’d like to know anything and she will talk about the Spring of Power to the west of this stable.

To complete this Shrine Quest, you will need a Dinraal Scale. To get a scale from the Dinraal dragon, travel to the Tabantha Bridge Stable and set up camp until 5:00 AM.

Dinraal will fly beneath the Tabantha Great Bridge at exactly that time in the morning. Paraglide over it and shoot it with an arrow. To get a scale, shoot Dinraal’s body. Once you have collected a scale, we can tackle this Shrine Quest. 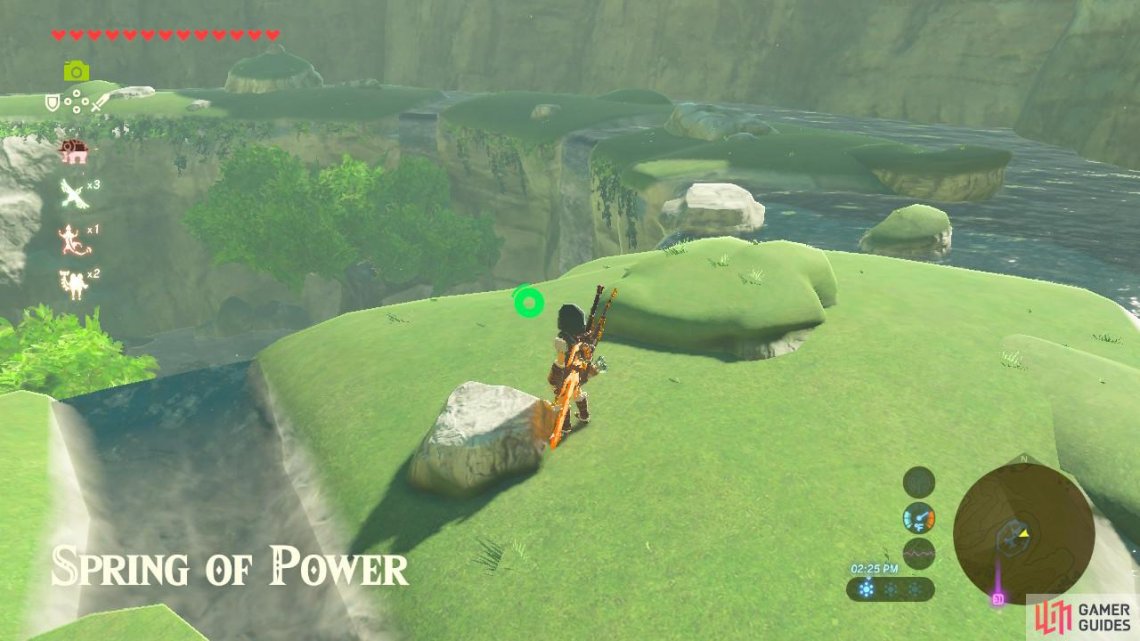 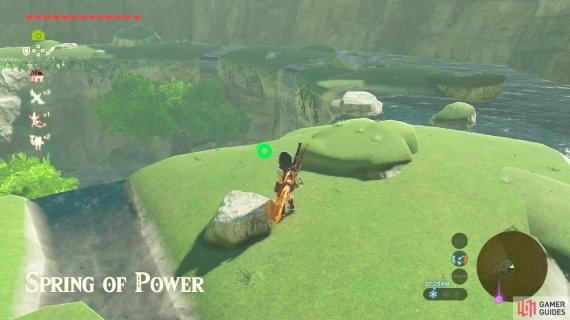 The Spring of Power is inside a valley area (left), Pray to this Goddess Statue (right)

Go to the Spring of Power, which is west of the Akkala Stable. Talk to the Goddess Statue and it will tell you to offer up Dinraal’s Scale. 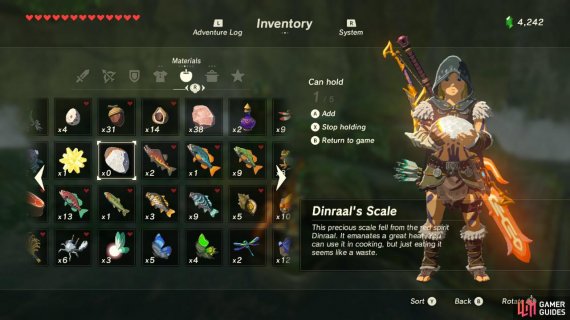 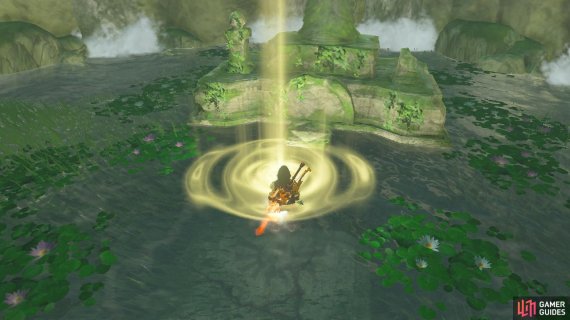 Hold Dinraal’s Scale in your hands (left), Drop in the water in front of the Goddess Statue (right)

Hold the scale like shown and then drop it in front of the Goddess Statue, in the water. The screenshot above shows you where to drop it. 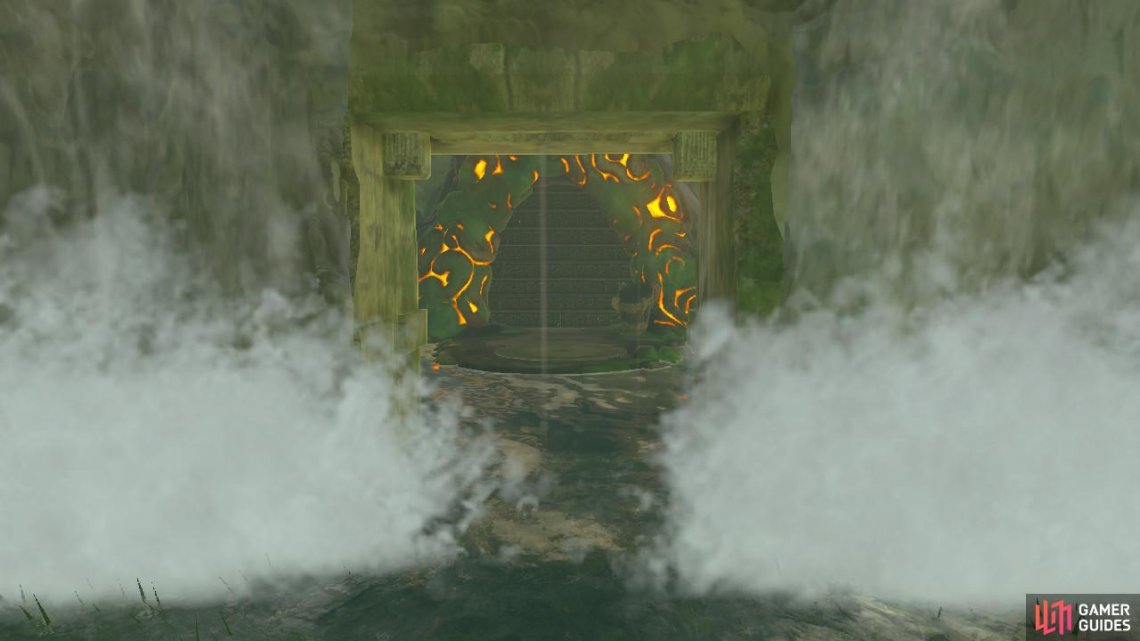 (1 of 2) A Shrine will appear behind the spring 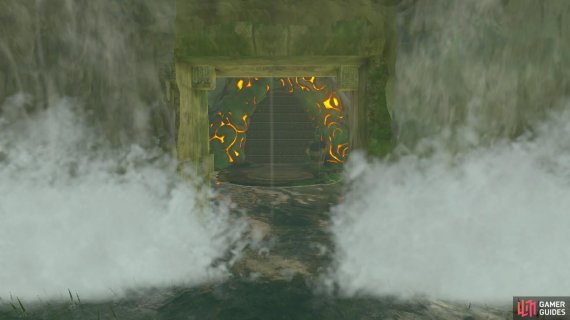 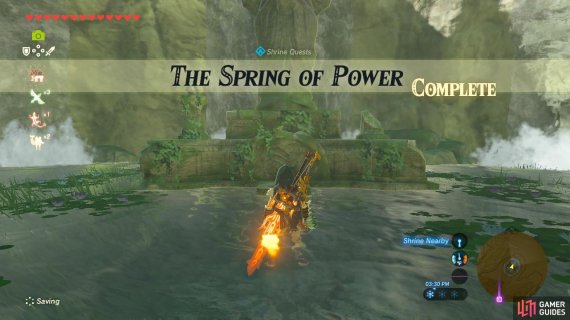 A Shrine will appear behind the spring (left), This completes the sidequest (right)

A cutscene will trigger and a door will open behind the waterfall, revealing the Tutsuwa Nima Shrine. At this point, the Shrine Quest is complete.