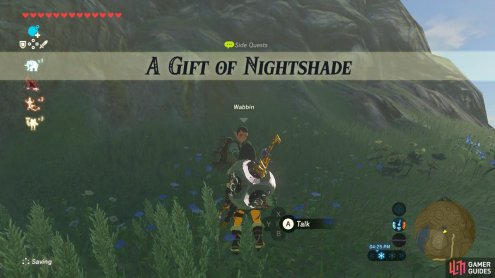 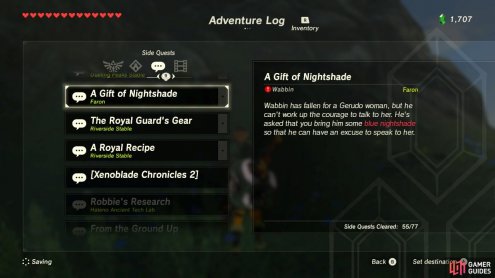 A Gift of Nightshade 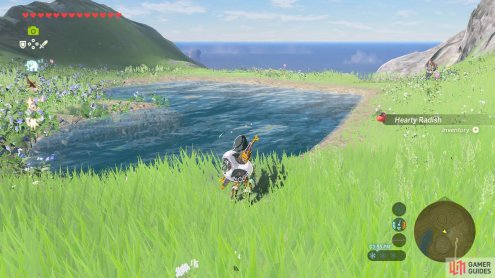 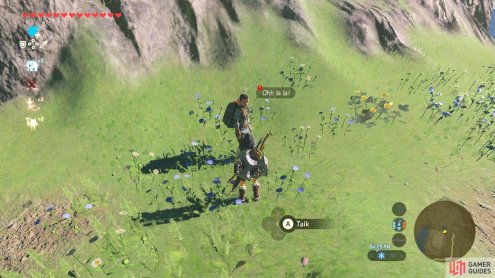 Near the summit of Tuft Mountain is a small, heart-shaped lake. How cute. You'll see two NPCs standing on either side. Talk to the male NPC, Wabbin and he will ask for a Blue Nightshade. Give it to him if you have one. If not, they grow frequently around the Great Fairy Fountain near Kakariko Village. 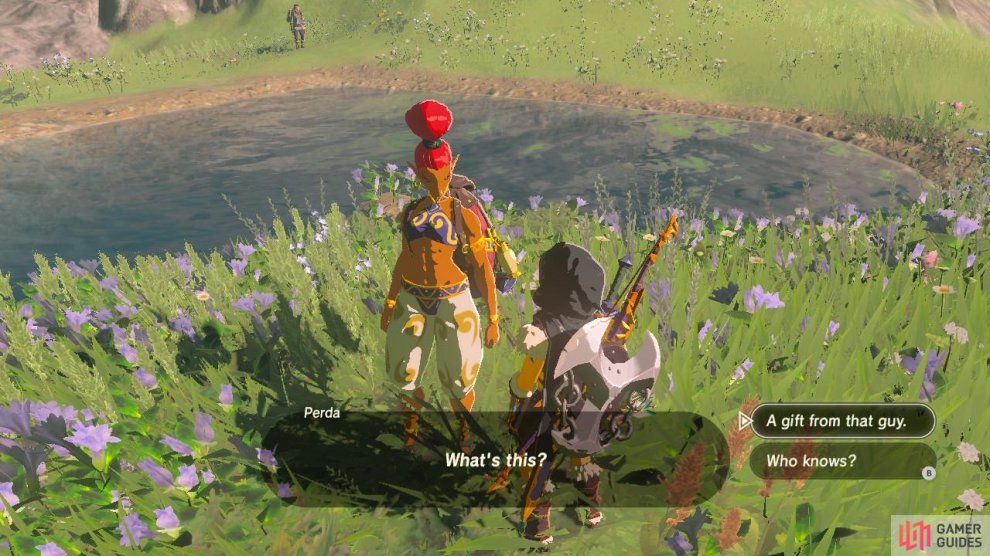 After he takes it though, he'll give it back to you and ask you to give it to the Gerudo woman across the other side of the lake. So go ahead and give the Blue Nightshade to her. Her name is Perda. The first time you talk to her, she will sound a bit disappointed. But chat her up again and offer her the Blue Nightshade.