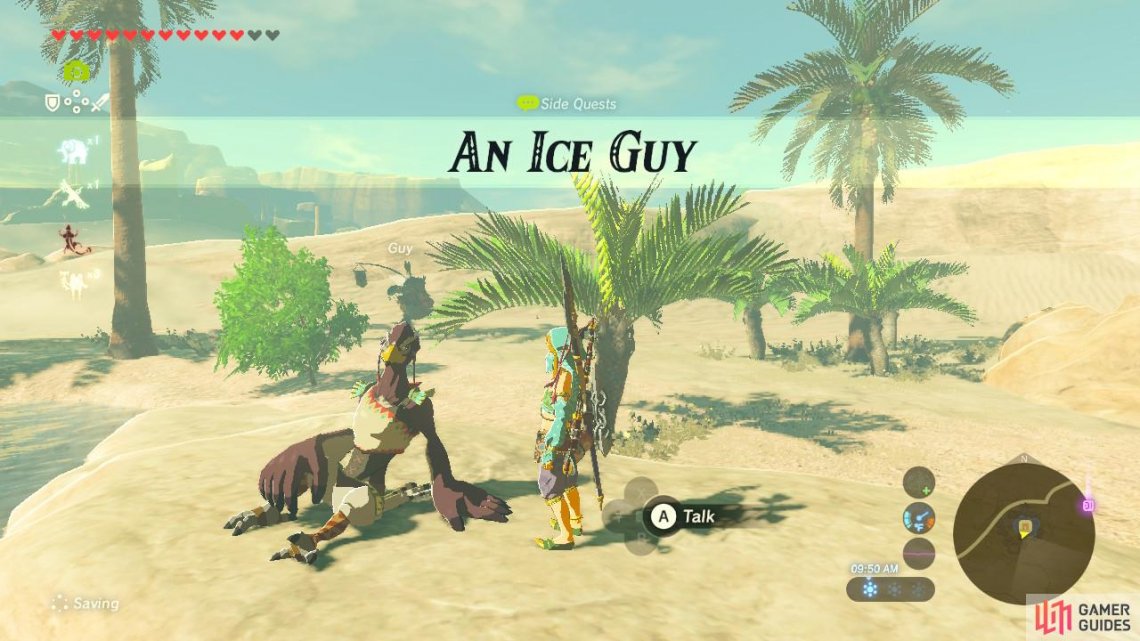 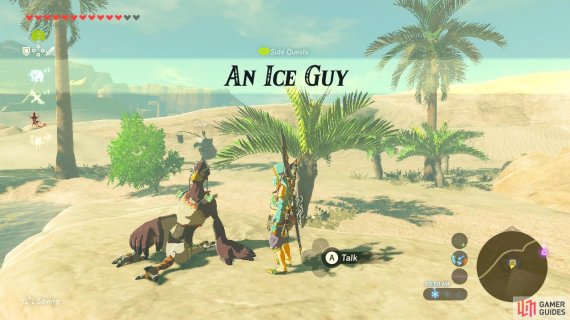 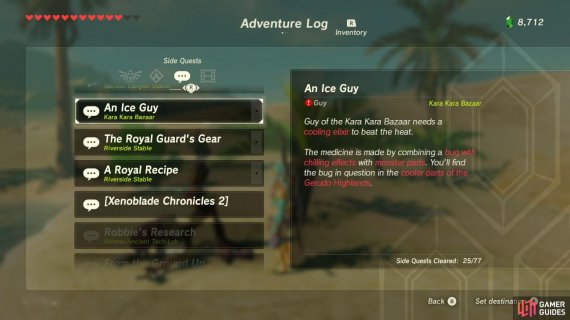 Guy is a Rito at the Kara Kara Bazaar (left), This is just an Elixir-making sidequest (right)

Talk to Guy at the Kara Kara Bazaar. He is a Rito sitting out on a rock. He will ask for you to bring him an elixir that could cool him down to help him deal with the desert heat. 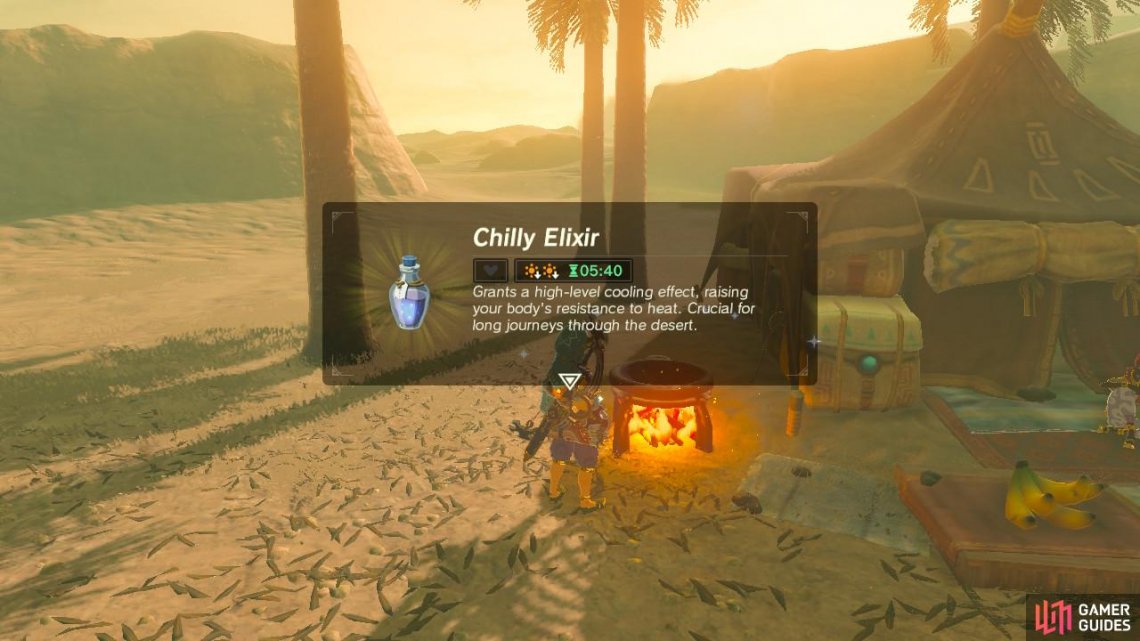 The recipe for said Chilly Elixir is to cook monster parts with a Winterwing Butterfly or a Cold Darner. Both frequent regions where it is cold, like the Hebra region and tall mountains. You can also buy them from Beedle and other merchants near stables. You only need one of either kind.

There is a cooking pot at Kara Kara Bazaar for added convenience. Whip up the elixir and give it to Guy.

For your troubles, Guy will reward you with a purple Rupee worth 50 Rupees.