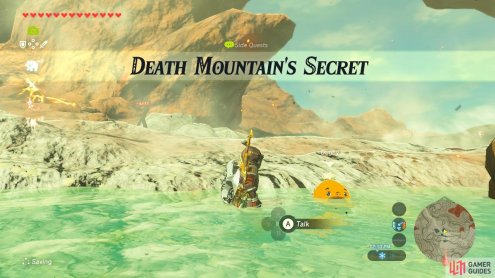 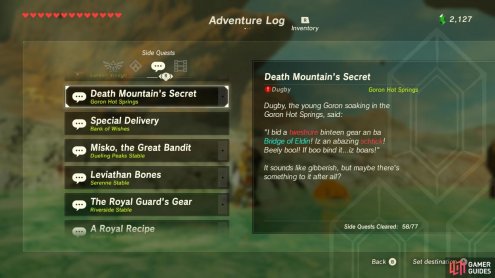 Talk to Dugby, a young Goron child, during the day at the Goron Hot Springs. The Goron Hot Springs are south of Goron City and west of the Bridge of Eldin. It's hard to make out what he's saying, but he apparently hid something somewhere and if we find it, it's ours. 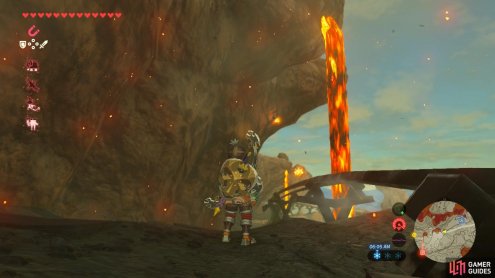 Along the path to Eldin Bridge you will see an overhang where three lava-falls tumble over the path. Climb up that rock and go around to the other side where you will see a cracked, bombable wall. Destroy it.

Behind the rock is a weapon called a Drillshaft. Be sure to take a picture of it for your Compedium if you haven't yet. It's not very powerful, but you will need to pick it up and take it back to Dugby to complete the sidequest.