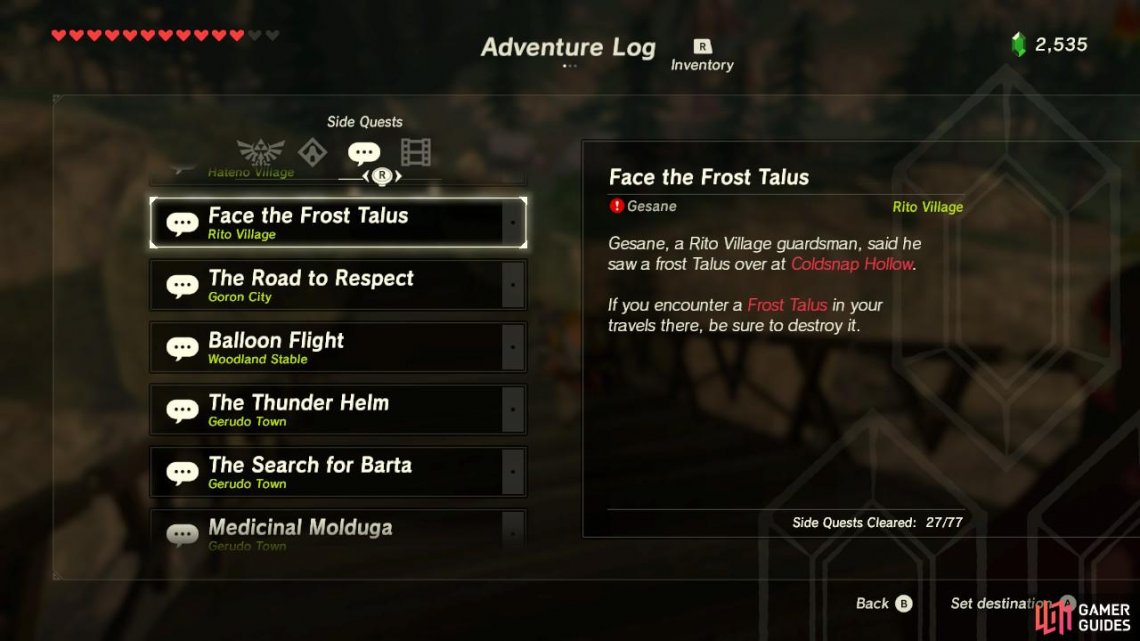 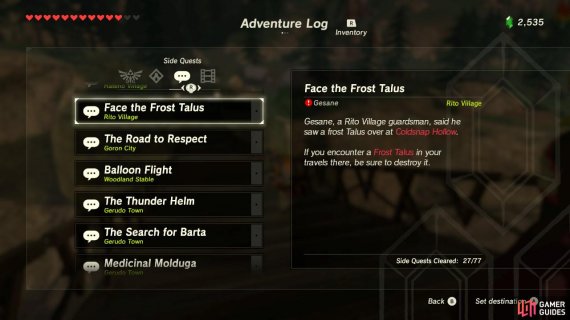 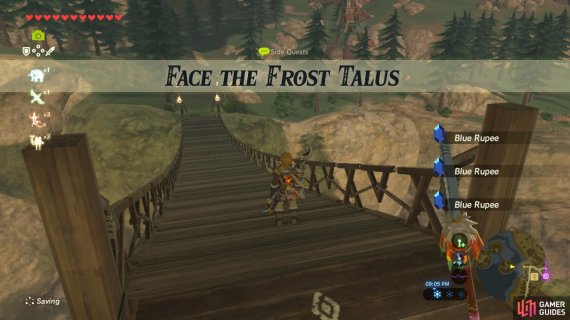 Mark it on your map and let’s go defeat it (left), This sidequest is similar to “The Road to Respect” and involves another kind of Talus (right)

You need to have completed the main quest “Divine Beast Vah Medoh” before this sidequest becomes available. You can learn more about it here. 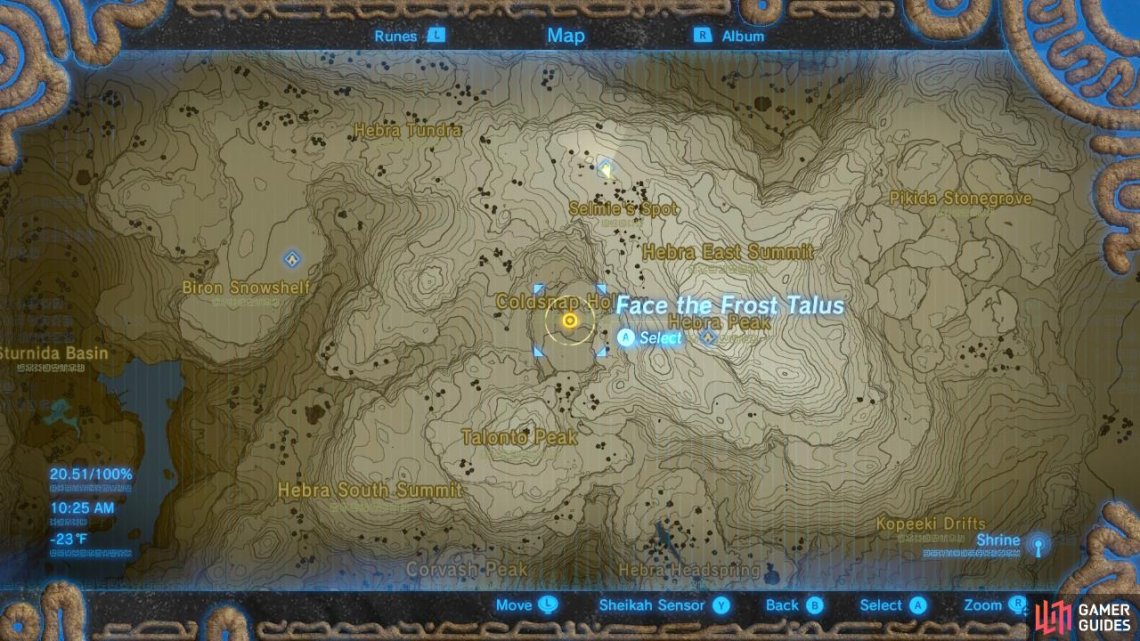 Talk to Gesame. He is a Rito guarding the bridge furthest from the Rito Village, near the Rito Stable. He will ramble about a Frost Talus at Coldsnap Hollow. You know what’s up. You have to defeat it! This sidequest will mark Coldsnap Hollow on your map if you set this quest to be your marker so you can find it easily. 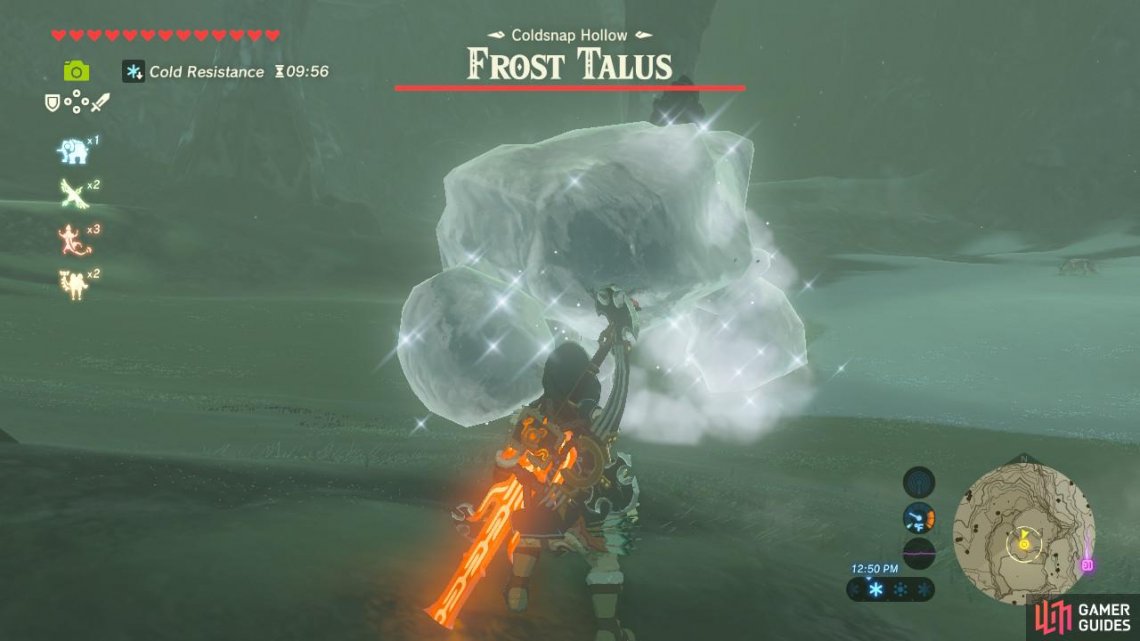 (1 of 2) The Frost Talus is, naturally, covered in frigid ice 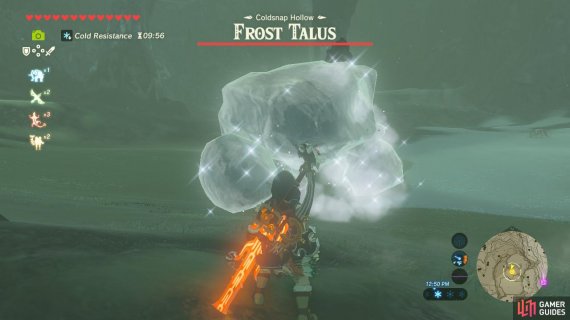 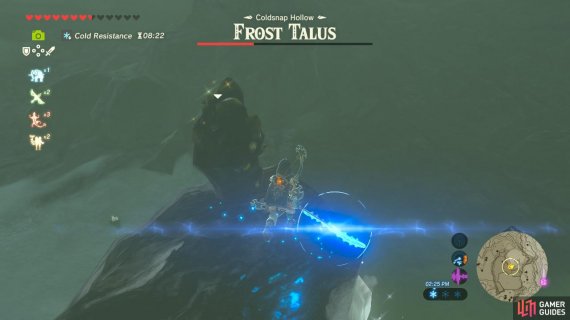 The Frost Talus is, naturally, covered in frigid ice (left), Melt the ice off and hit its weakpoint (right)

The Frost Talus is a particularly annoying variant of the Talus boss because simply touching its body will cause you to freeze, which makes you temporarily immobile. However, hitting it with Fire Arrows or swimging a fiery weapon around it will melt the ice and make it fall over. Then you can whack away at its weak point. The Frost Talus is also weak everywhere to Fire Arrows in general. 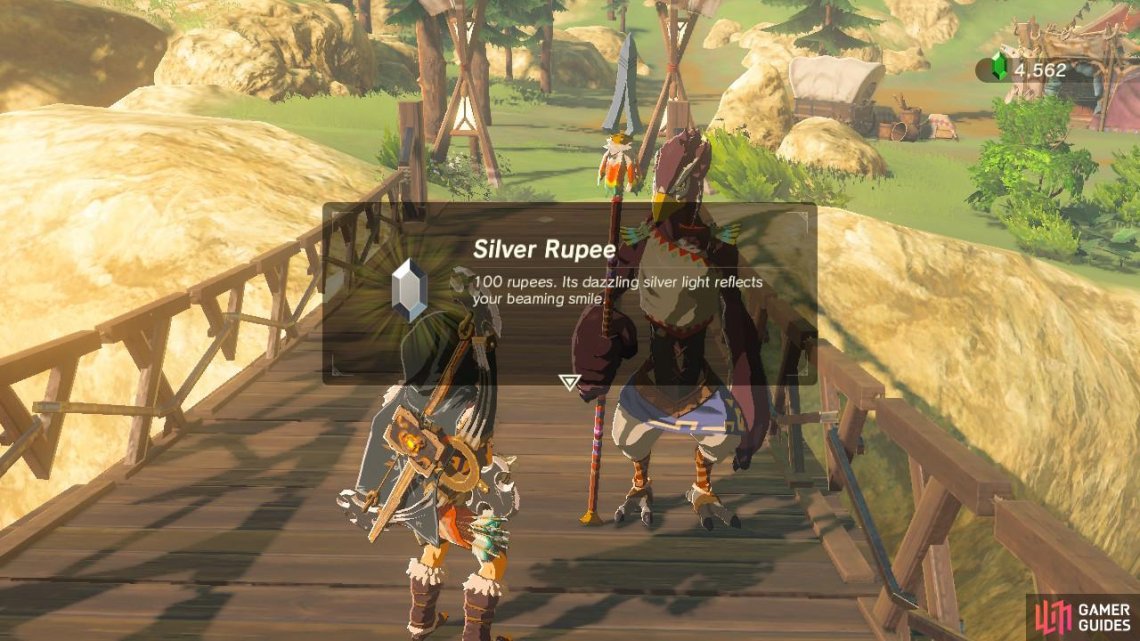 (1 of 2) You will earn some money for your trouble 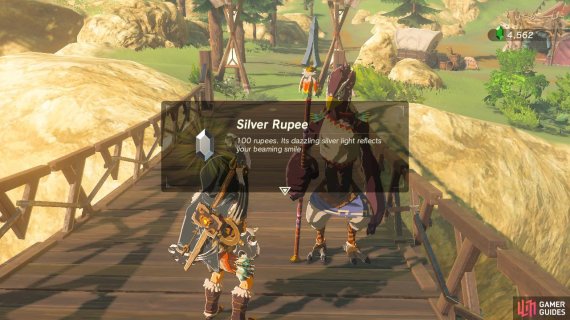 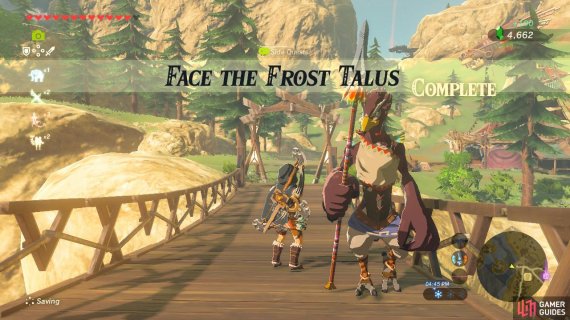 You will earn some money for your trouble (left), That wraps up this sidequest! (right)

Once the Frost Talus is dead, return to Gesame and he will give you a silver Rupee worth 100 Rupees as a reward for your bravery.