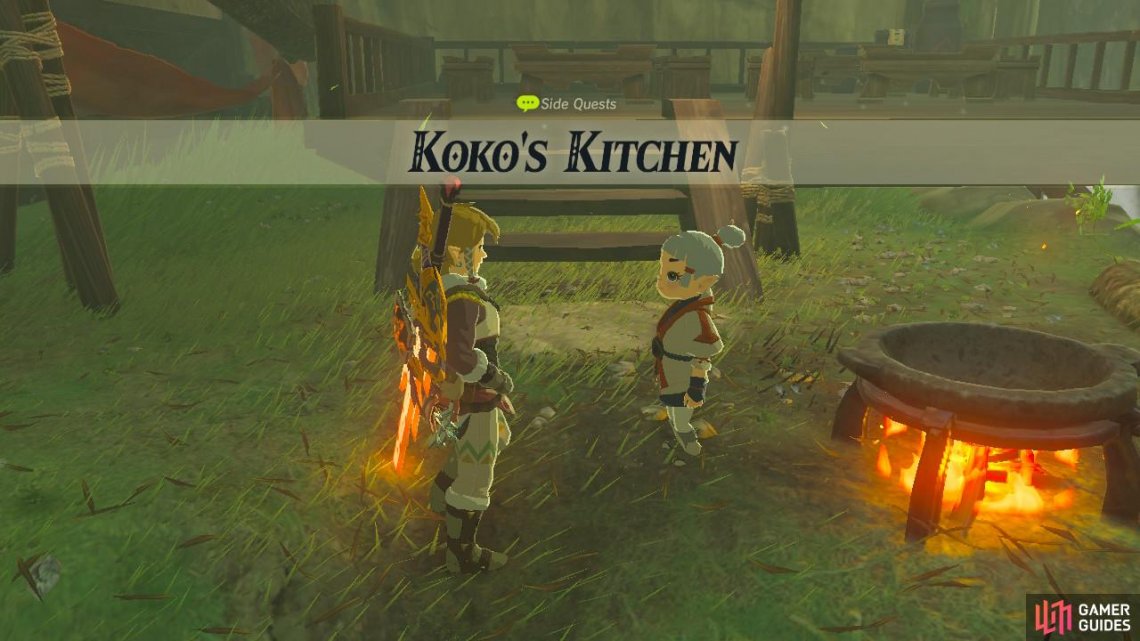 This sidequest will start a short chain of sidequests, all involving helping Koko cook something.

Koko is usually standing next to the cooking pot by the Kakariko Village general store from noon till 7:00 PM. However, if it’s raining, Koko will take shelter in the inn and will not be available to give you the sidequest. So sit by a fire until it’s noon and then talk to Koko if it’s not raining. 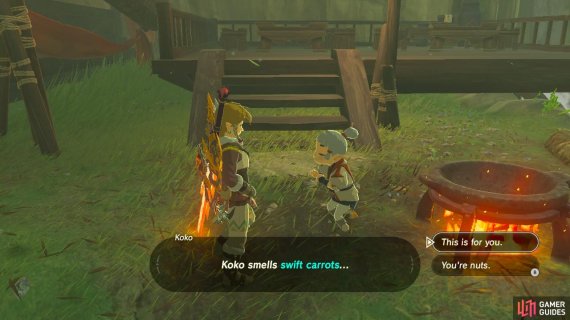 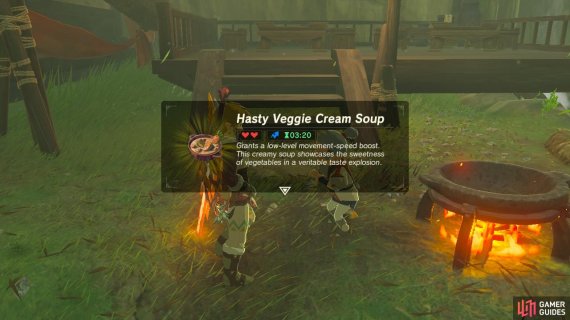 Give her a Swift Carrot (left), In exchange she will give you some cooked food (right)

Koko will need to cook for her and her sister, but she doesn’t have a Swift Carrot. After you have gathered up one for her, deliver it.

As a reward, Koko will share some of her Hasty Veggie Cream Soup with you. You will also learn a recipe that is recorded in your Adventure Log. Cook rock salt, fresh milk, and swift carrots to recreate her recipe.

Note: If it’s not raining and it’s before 7:00 PM, you can talk to Koko immediately after finishing this sidequest to start her next sidequest, and so on. This will save you a lot of time waiting by campfires.