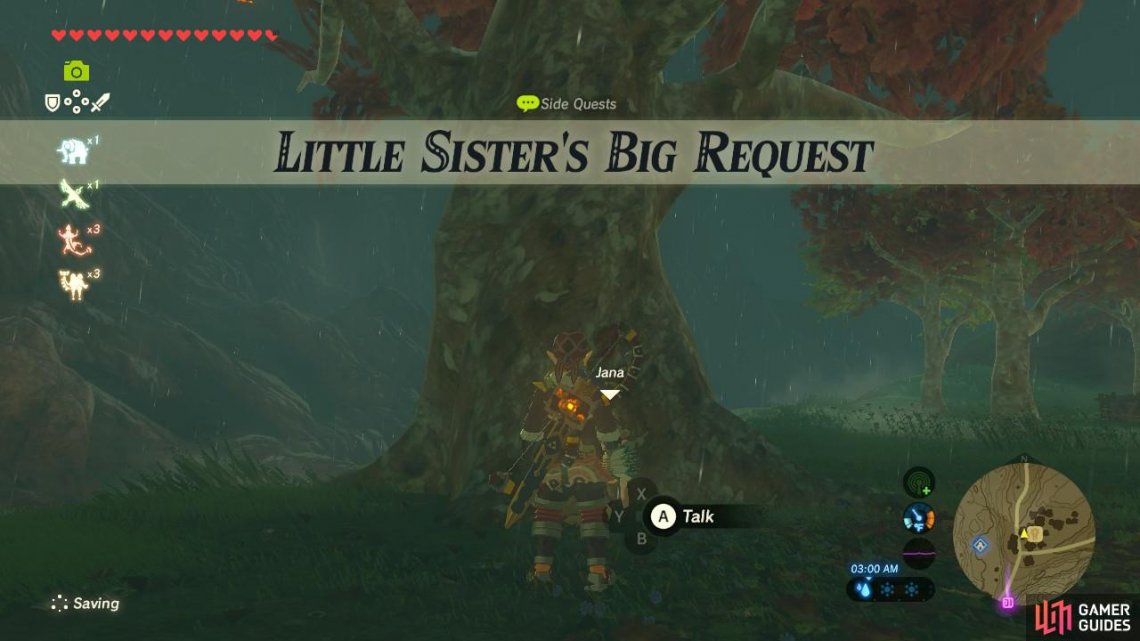 (1 of 2) This is another fetch quest for someone 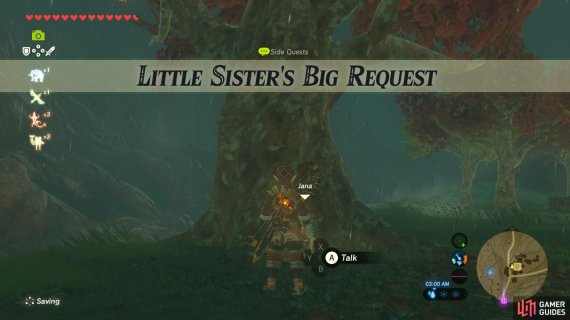 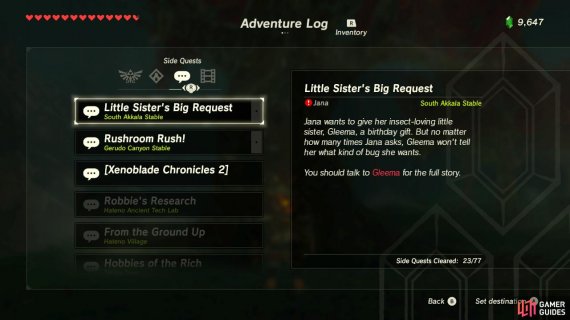 This is another fetch quest for someone (left), This sidequest will involve bug catching (or bug shopping) (right) 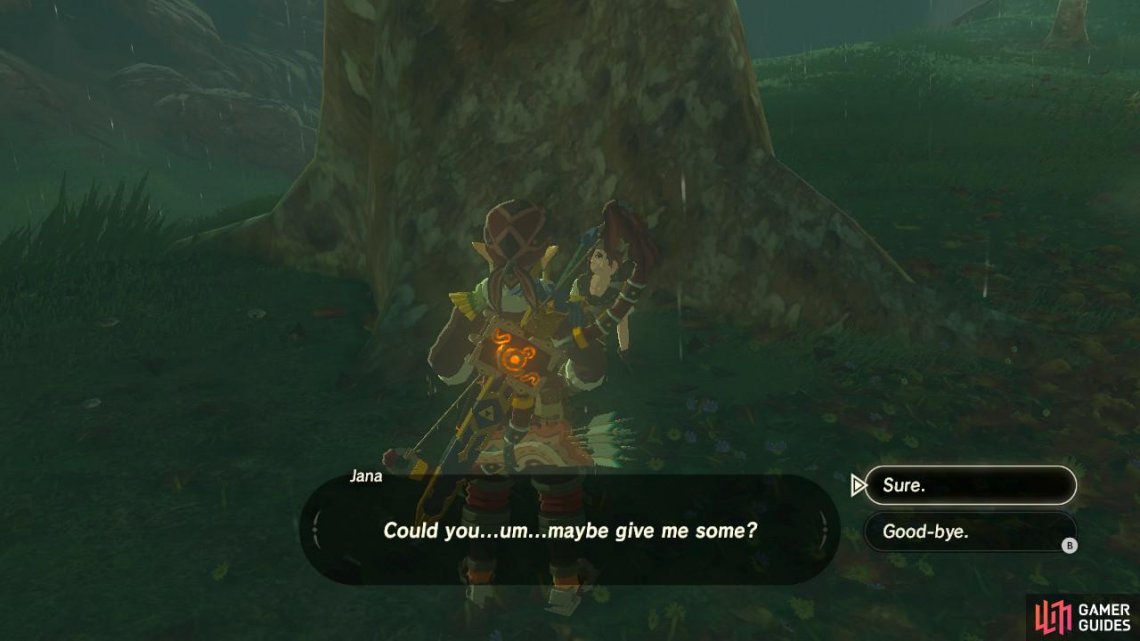 You get this sidequest by talking to Jana at the South Akkala Stable. First she will ask you for an Armoranth. After you have given it to her, she will ask you if you can ask her little sister Gleema about bugs. 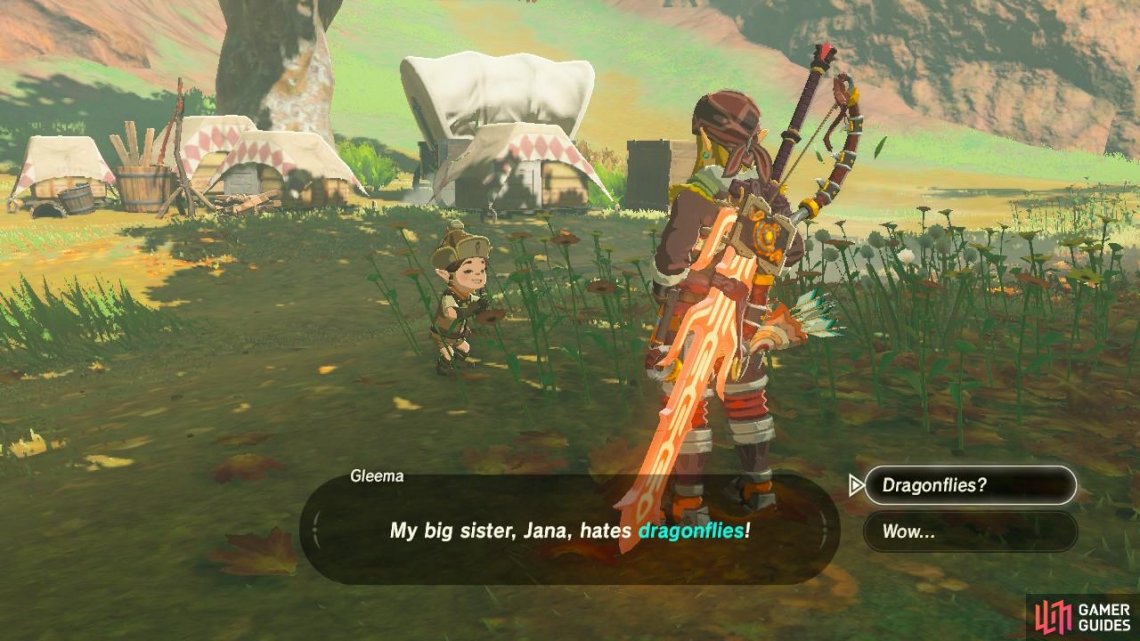 Talk to Gleema during the day since she sleeps at night. Gleema will talk about her newfound obsession with dragonflies. Specifically, she is interested in all three species of Garners: Cold Darner, Warm Darner, and Electric Darner.

If you bring the news back to Jana, she will ask that you do her a favor and collect one of each in her stead. She hates dragonflies but still wants Gleema to have a good birthday gift.

If you have photos of them in your Hyrule Compedium, you can simply set an upgraded Sheikah Sensor+ to beep if they are nearby. You can upgrade your Sheikah Slate by completing the sidequest “Slated For Upgrades”. Learn more about it here. Remember that to catch bugs, you have to sneak up on them.

Cold Darners can be found in the Tabantha region and on Hyrule Ridge.

Warm Darners are most common in the Akkala region and Hyrule Field.

Electric Darners are easiest to farm near Tabantha Stable, but only come out when it’s raining. Sit by the fire until it rains and start looking on the plains near ponds. 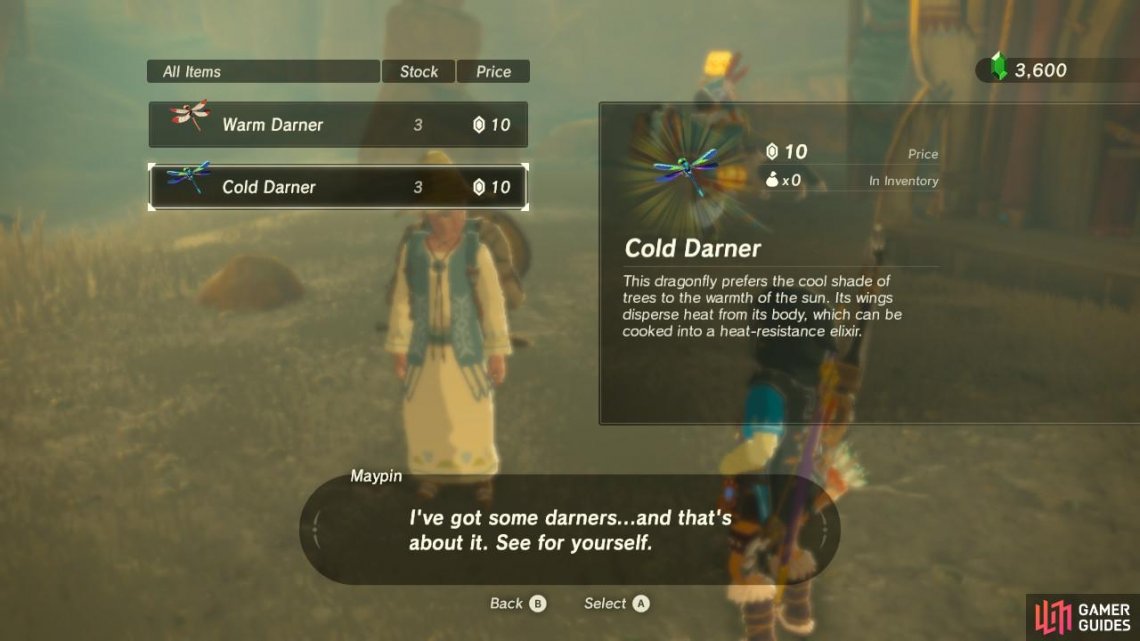 (1 of 2) As you can see, in the end we opted to buy from various vendors 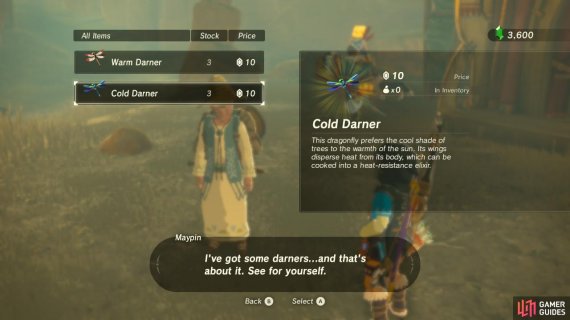 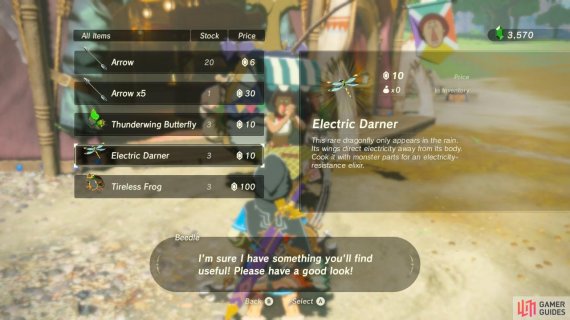 As you can see, in the end we opted to buy from various vendors (left), We had better luck finding an Electric Darner from Beedle (right)

All three species of Darner are sold by an NPC named Maypin at the Gerudo Canyon Stable, and can often be found being sold by Beedle depending on where you run into him. 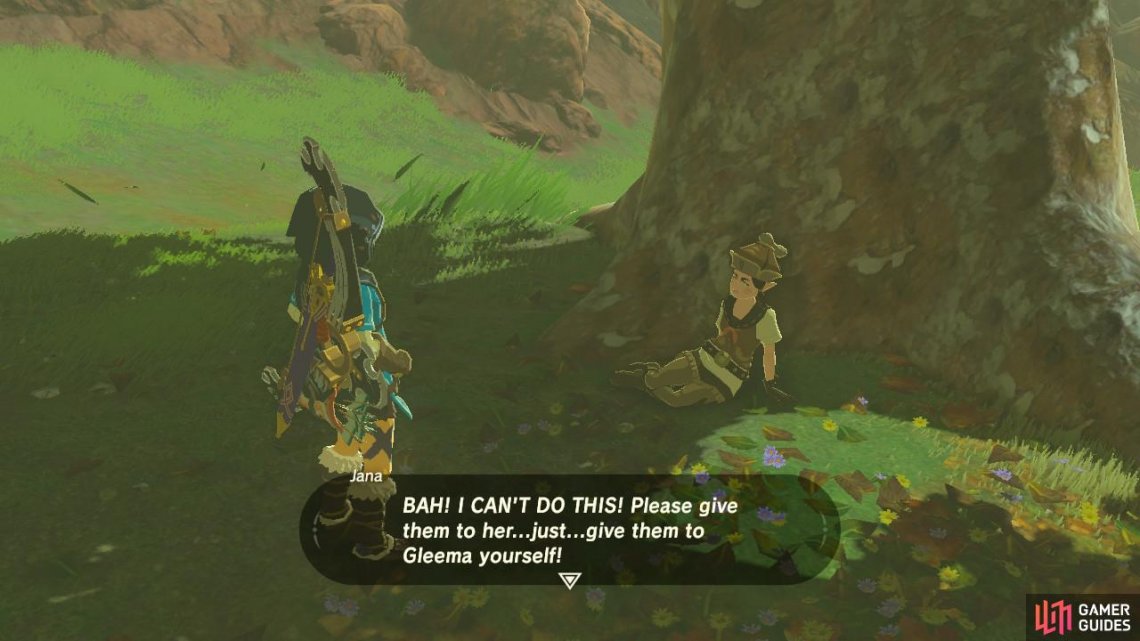 (1 of 2) Poor Jana. You will have to give them to Gleema yourself 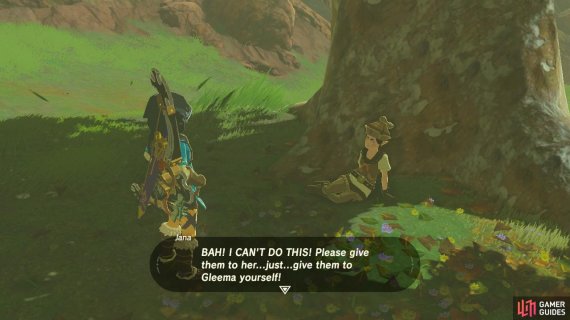 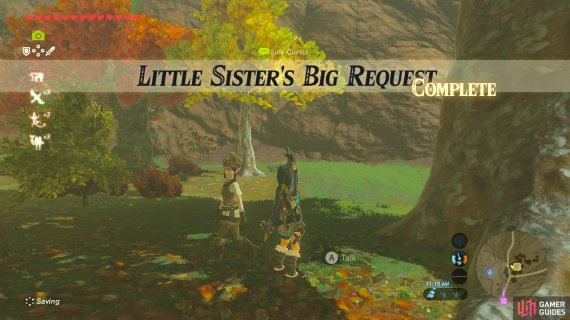 Poor Jana. You will have to give them to Gleema yourself (left), With that, this sidequest is complete (right)

Return to Jana and give her the Darners. Or well, you can try to, but in the end she can’t handle it. Give them to Gleena yourself and she will try to show them to Jana. After the cutscene ends, talk to Jana again for a silver Rupee worth 100 Rupees as your reward.