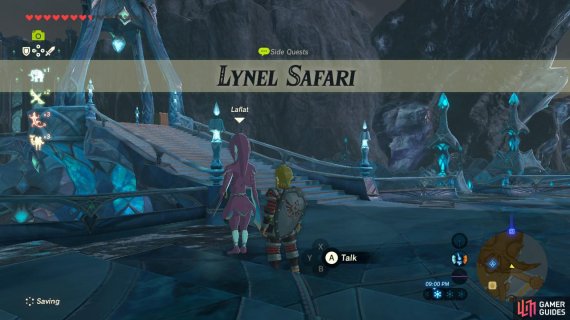 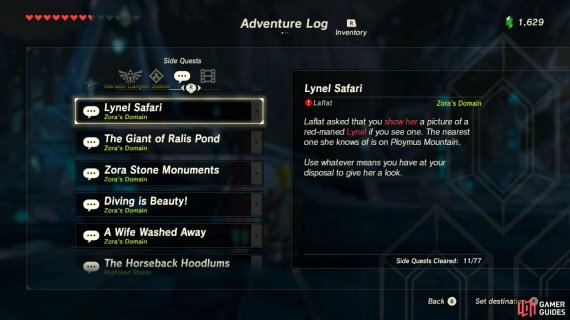 This quest is fairly quick and does not require you to defeat a Lynel (left), You do need to have repaired your Sheikah Slate (right)

Talk to Leflat who will talk about Zoras being reckless and going near Ploymous Mountain. To try and deter them, she wants you to take a photo of a Lynel (not any of the subspecies, just a regular Lynel). The photo has to be in your photo album. If you took a photo of a Lynel in the past for your Hyrule Compedium but deleted the original photo, you will have to go take another one. 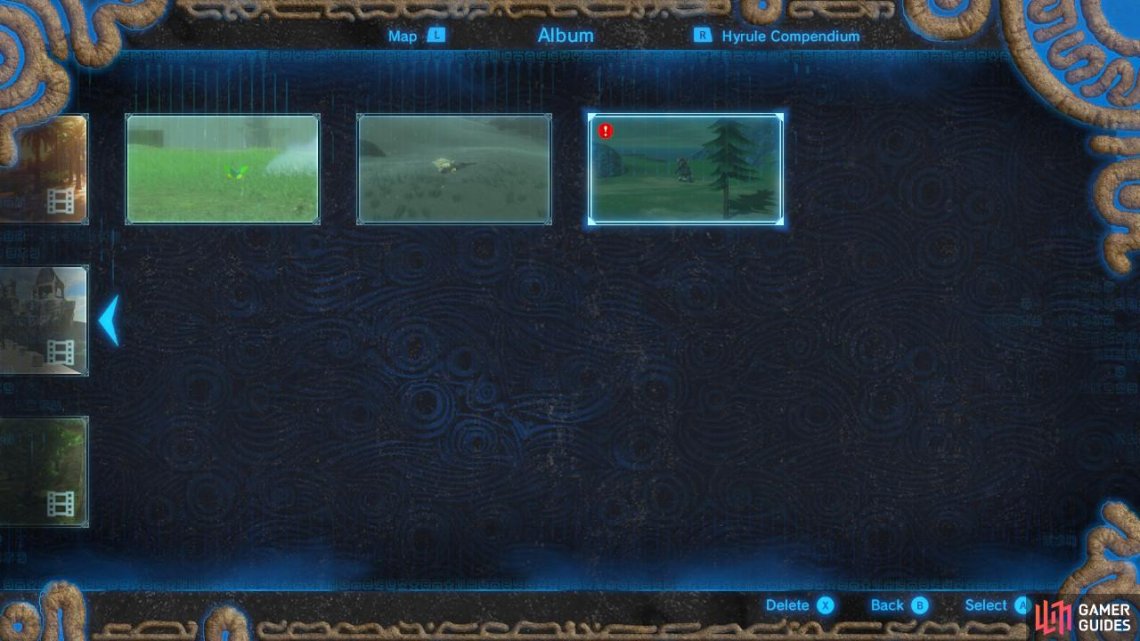 (1 of 2) The photo has to be in your album, not just your Hyrule Compedium 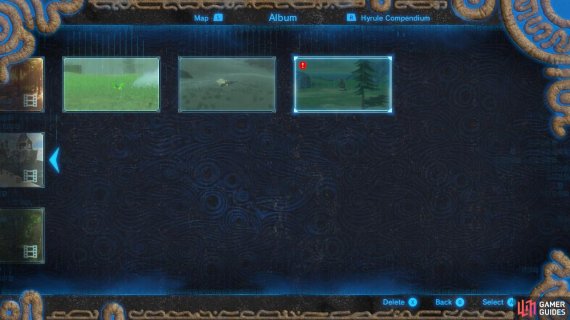 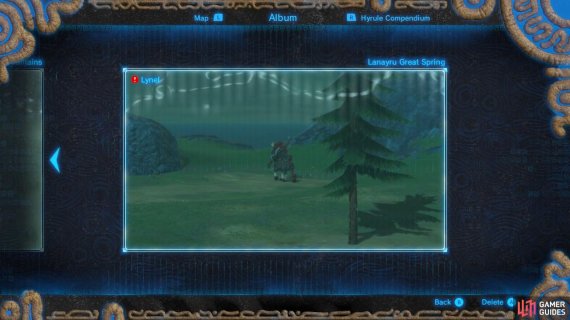 The photo has to be in your album, not just your Hyrule Compedium (left), You will know when you have a good photo because it will have a red exclamation mark (right)

Leflat will mention a Lynel living in Ploymous Mountain but you do not have to take a photo of that specific Lynel. If you just so happen to have an undeleted Lynel photo on your Sheikah Slate, then talk to her again to complete the sidequest. If not, then Ploymous Mountain is the closest place to the Zora’s Domain and the easiest to access using the Zora Armor. 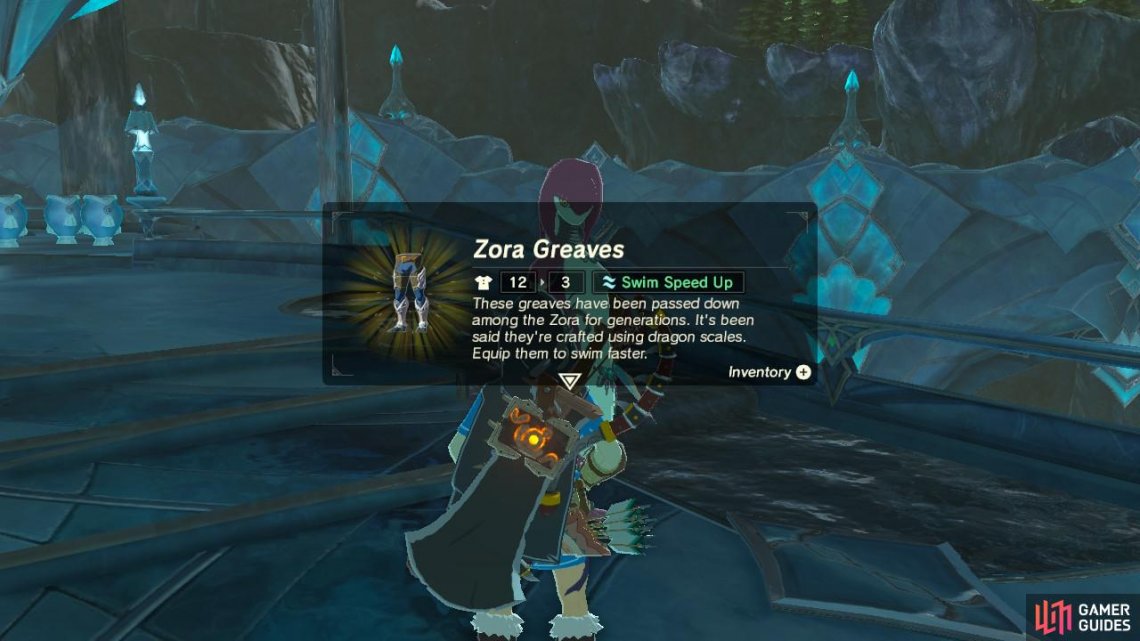 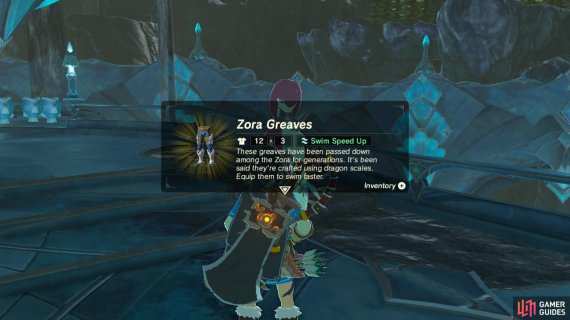 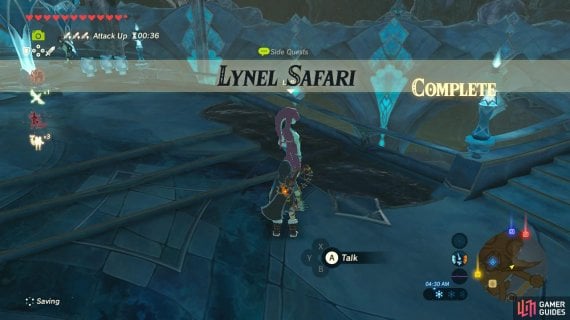 This sidequest is valuable because it gives you the Zora Greaves (left), Now you have two of the three pieces of the Zora Armor, and the last can be found on your own (right)

Once you have the photo, speak to her again and she will give you the Zora Greaves, one of the pieces of the Zora armor set.

Note: If you want to complete the Zora armor set, at this point you are likely missing the Zora Helm. To get the Zora Helm, travel to Toto Lake and go out to where there are ruins in the water. Around the center of the lake, the chest is completely submerged. Pull it up with Magnesis and open it for the Zora Helm!