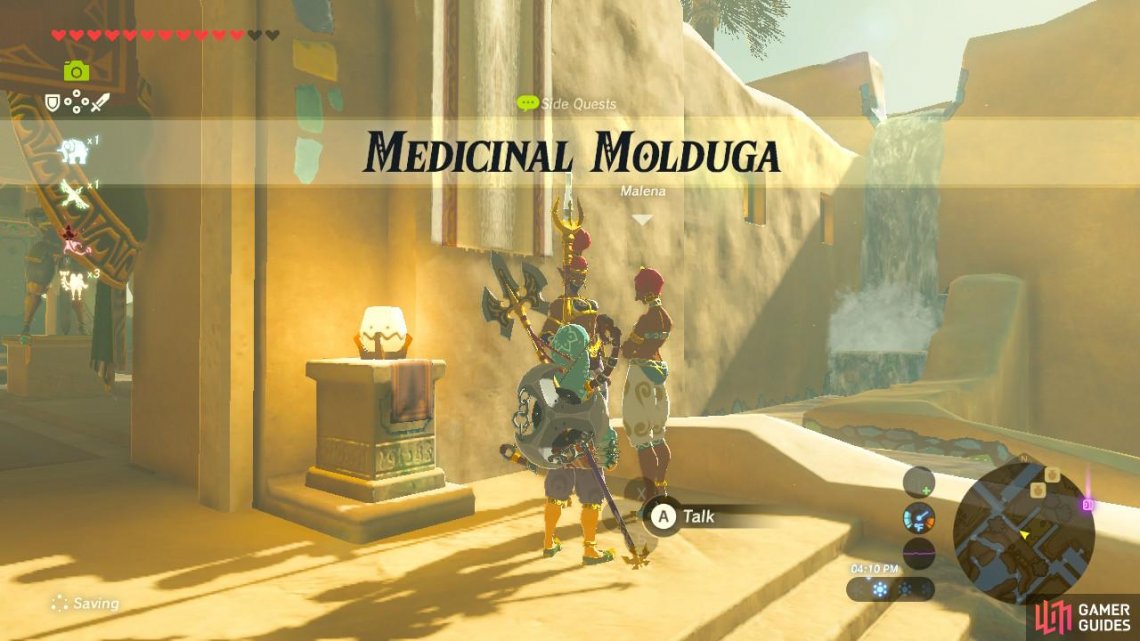 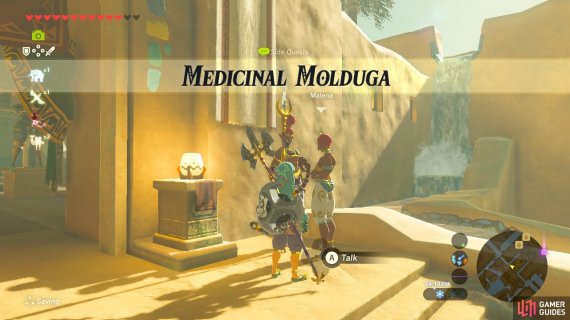 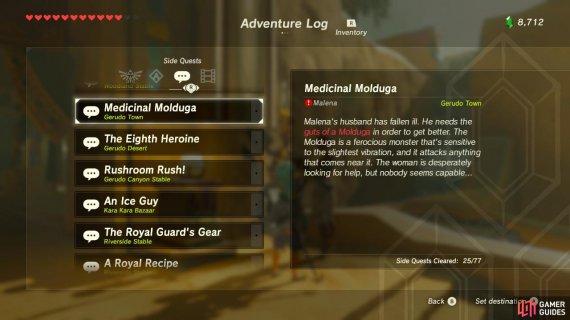 This sidequest will involve defeating a desert overworld boss (left), It’s called the Molduga and it’s out in the west (right)

This is one of the sidequests you must complete to complete the ultimate sidequest “The Thunder Helm”. Learn more about it here. During the afternoon, speak with Malena in Gerudo Town. She is pleading with one of the soldiers guarding Riju’s palace.

She will inform you that her husband is ill and the only cure available needs a gut from a Molduga. Unfortunately for everyone, Molduga is a large overworld boss, like a desert version of a Hinox or Talus. Molduga’s difficulty is exacerbated by the heat of the desert which can damage you even with heat-resistant gear, and the sand being difficult to navigate on foot.

Before you head out, get your hands on a fire weapon or a Torch, some wood, and some way to start a fire. Trust me on this one. 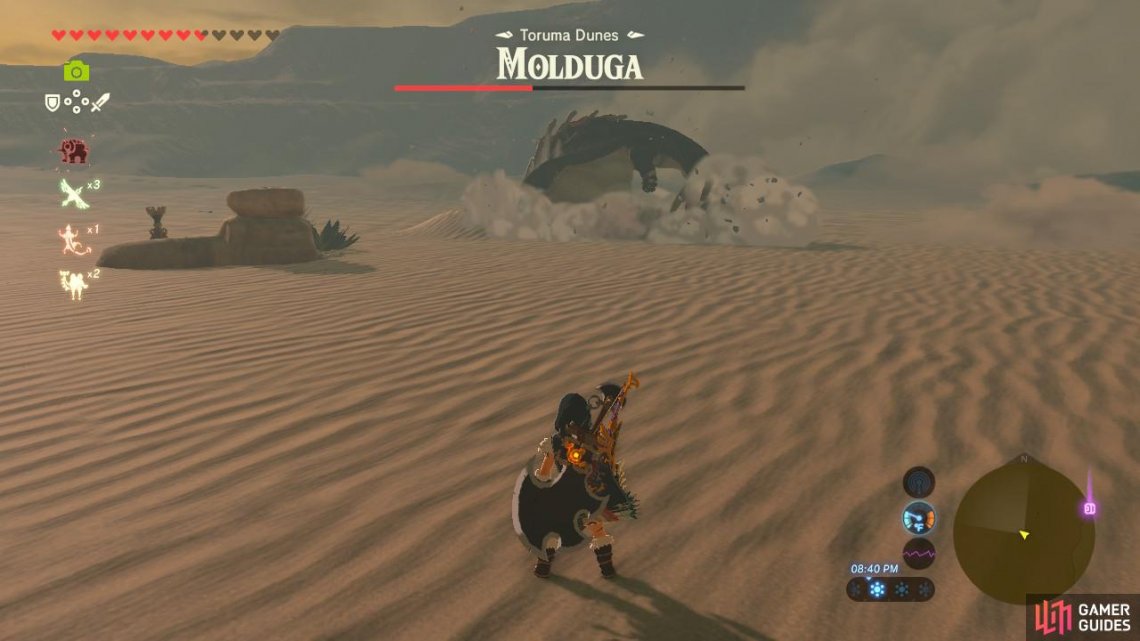 Head over to the Toruma Dunes and you will see a circular flat area surrounded by four small rock outcrops. This is where the Molduga resides. The boss fight music and Molduga’s HP bar will appear once the Molduga senses you. Molduga can hear your footsteps to determine where you are, and will then erupt from beneath your feet for heavy damage before going back underground. 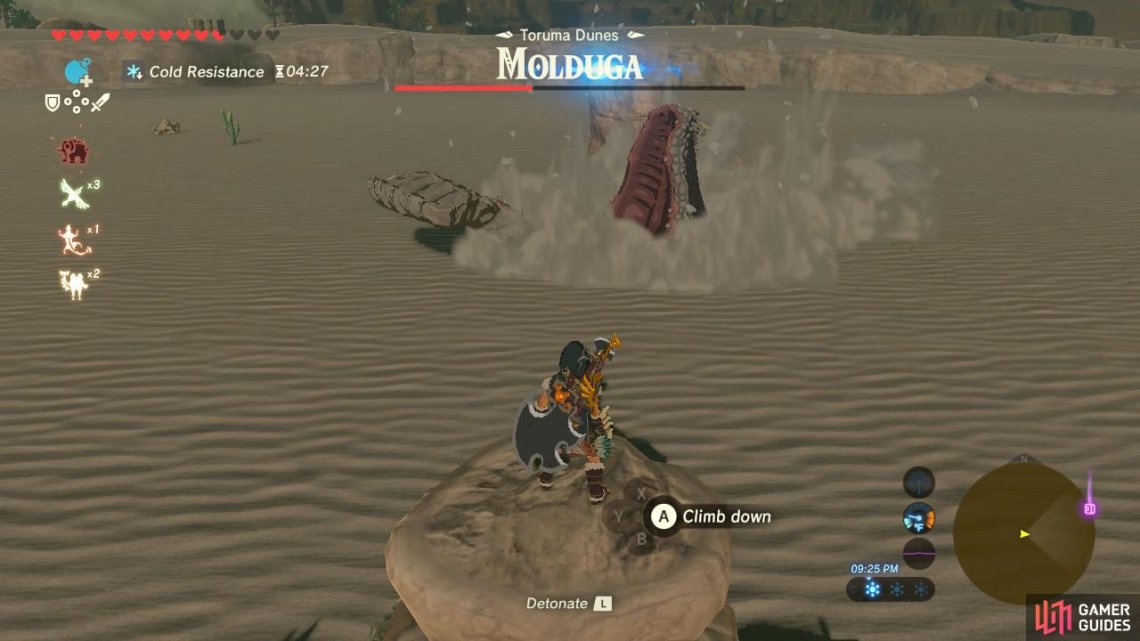 (1 of 2) Detonate the bomb as the Molduga throws it up in the air, trying to attack it 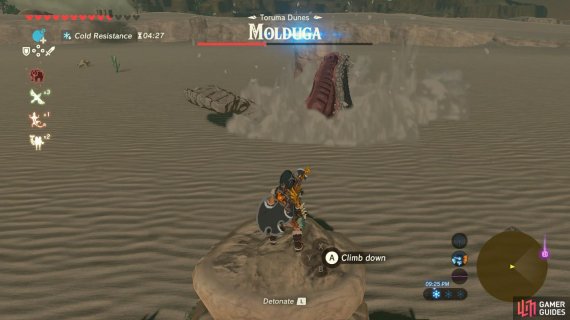 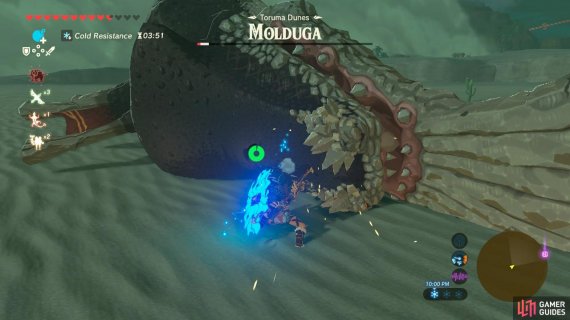 Detonate the bomb as the Molduga throws it up in the air, trying to attack it (left), Whack away at the Molduga when it’s down, or use a spin attack (right)

Defeating a Molduga involves standing on the rocky outcrops so that Molduga can’t hear you. Then, throw a Remote Bomb. Molduga will investigate it and try to attack at it. Detonate it and it will fall, immobile. Run up to the confused Molduga and bust out your strongest weapon.

For the highest damage output, use a charged spinning attack. It helps to have some attack boosting armor and/or food on you as well to defeat it faster. Don’t dawdle too long around Molduga, once it starts to twitch and regain its orientation it won’t hesitate to whack you with its body. Run back to the outcrop and Molduga will disappear back underground.

Rinse and repeat the process until Molduga is dead. 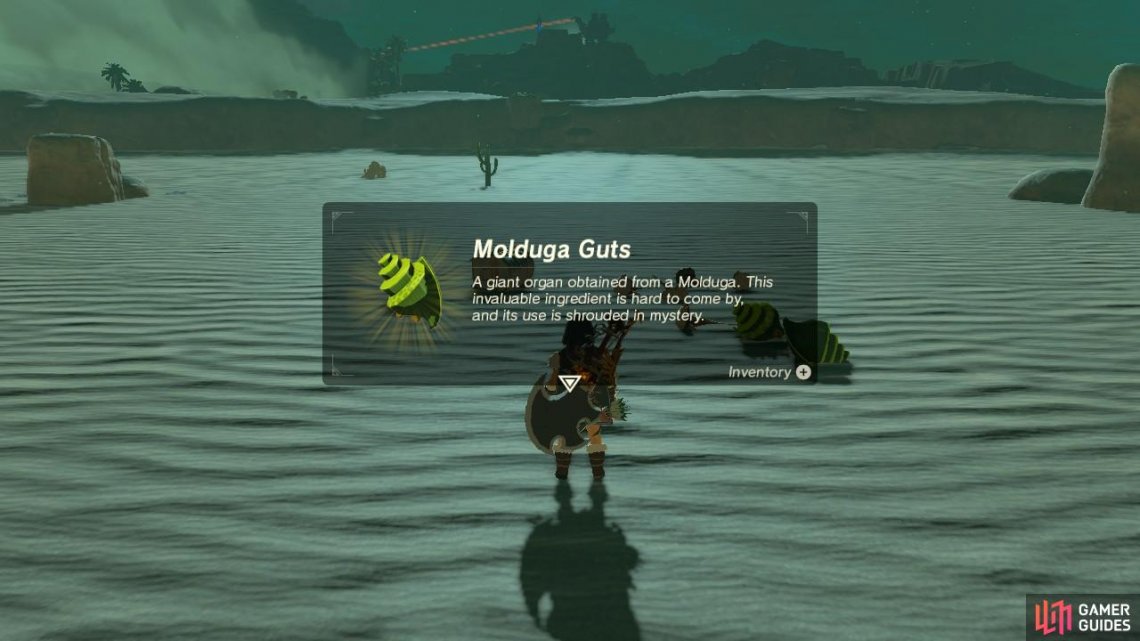 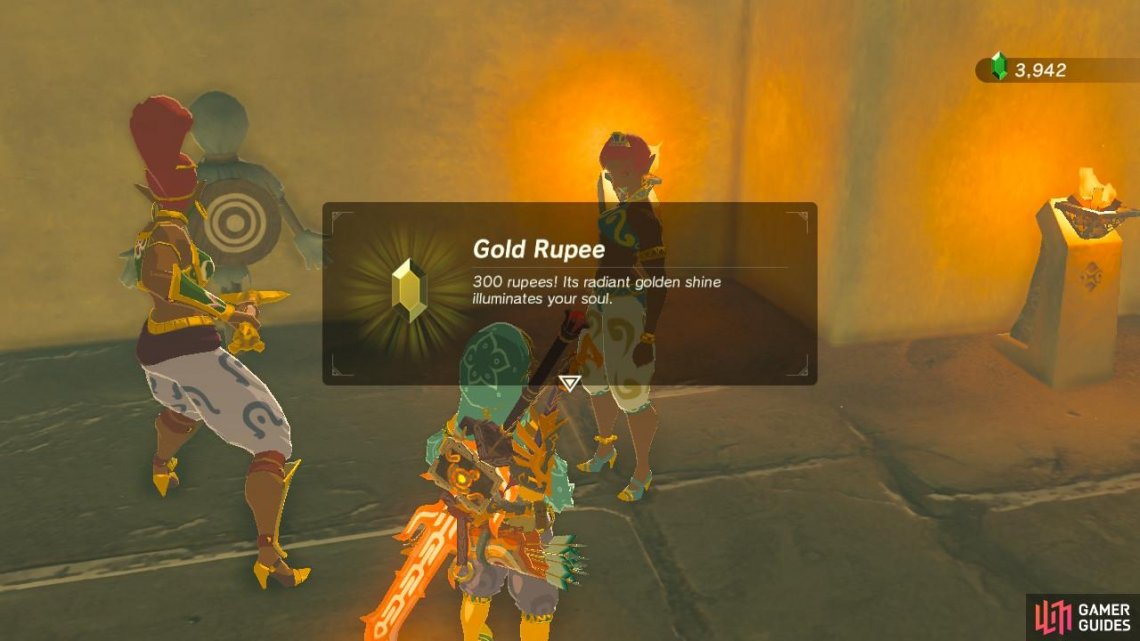 (1 of 2) You will be given a very handsome reward 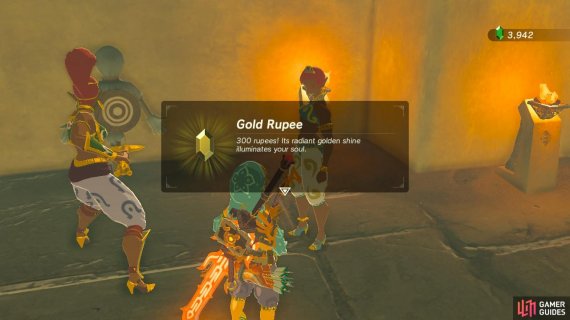 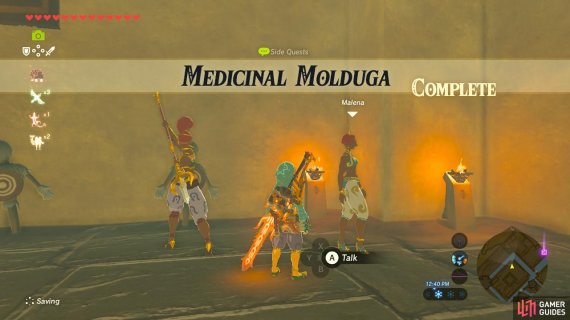 You will be given a very handsome reward (left), Now she can save her husband (right)

Return to Gerudo Town and give the Molduga Gut to Malena. As a show of gratitude, she will give you a gold Rupee worth 300 Rupees. Wow! And with that, this quest is over.