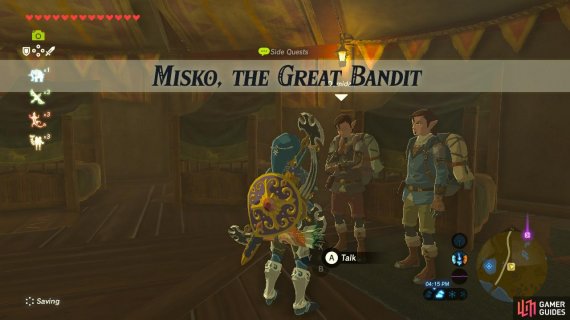 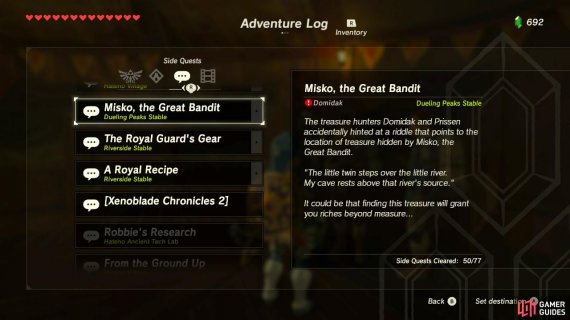 This quest can easily be obtained in the early game and is simple to complete (left), The only issue you might have would be collecting 100 Rupees to pay the guy (right) 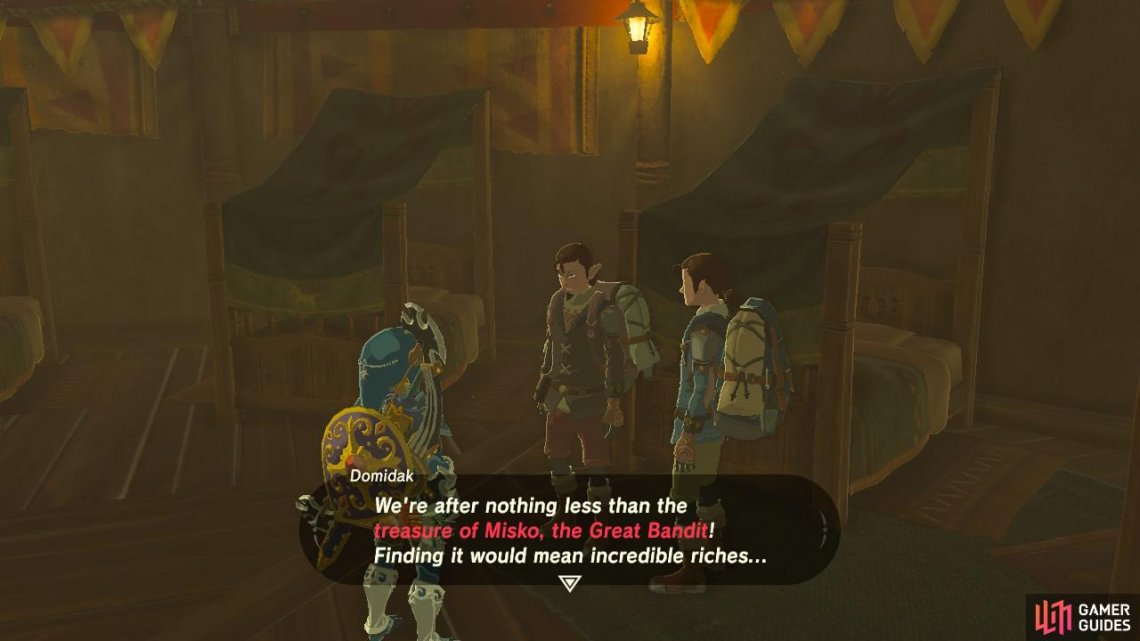 Talk to the two male NPCs inside Dueling Peaks Stable, Domidak and Prissen. They’ll shoo you off, but talk to them again and ask about “Misko”. If you pay them 100 Rupees, Domidak will give you a clue about some sort of treasure stash.

“The little twin steps over the little river. My cave rests above that river’s source.”

If you can solve this riddle, you will find what is rumored to be a stash filled with rich treasure. The “twins” mentioned in the riddle are the Big Twin Bridge and the smaller, unnamed-on-the-map Little Twin Bridge. Cross them both south of the Dueling Peaks Stable. 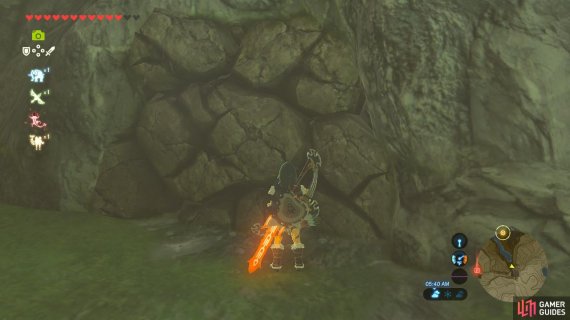 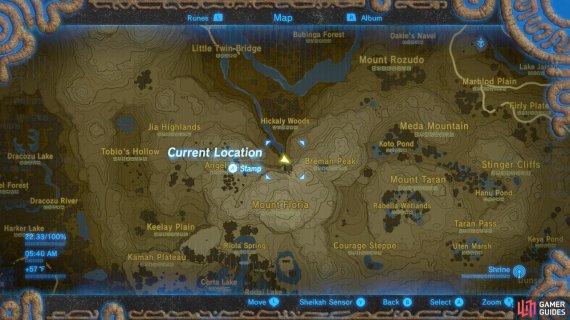 You will see the distinct sign of a wall that can be bombed (left), Here is the location on the map (right) 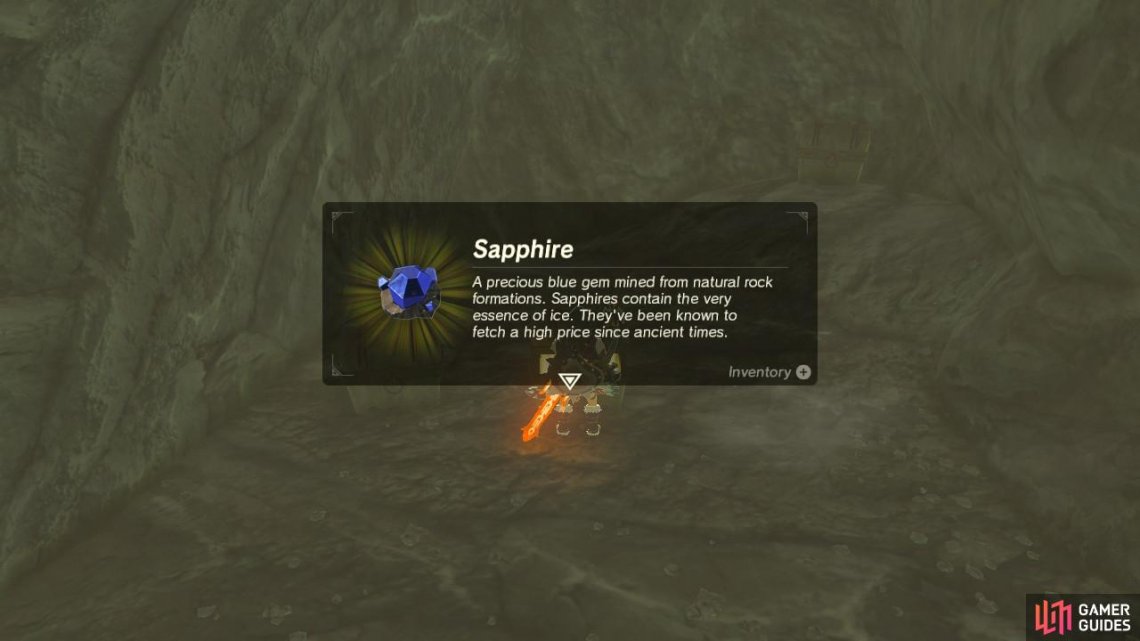 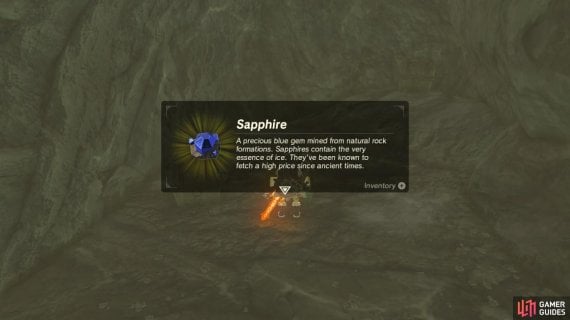 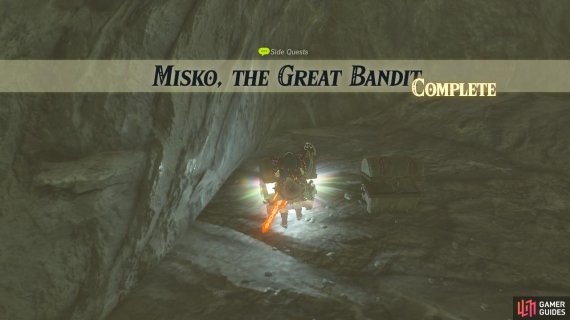 The treasure chests all blend in a little so make sure you get them all (left), Just opening one chest will complete this sidequest. Enjoy your loot! (right)

There are also some treasure chests in the first area before the second bombable wall. You will receive a Flameblade and a variety of gemstones. Just opening one treasure chest will complete this sidequest but make sure you get them all!