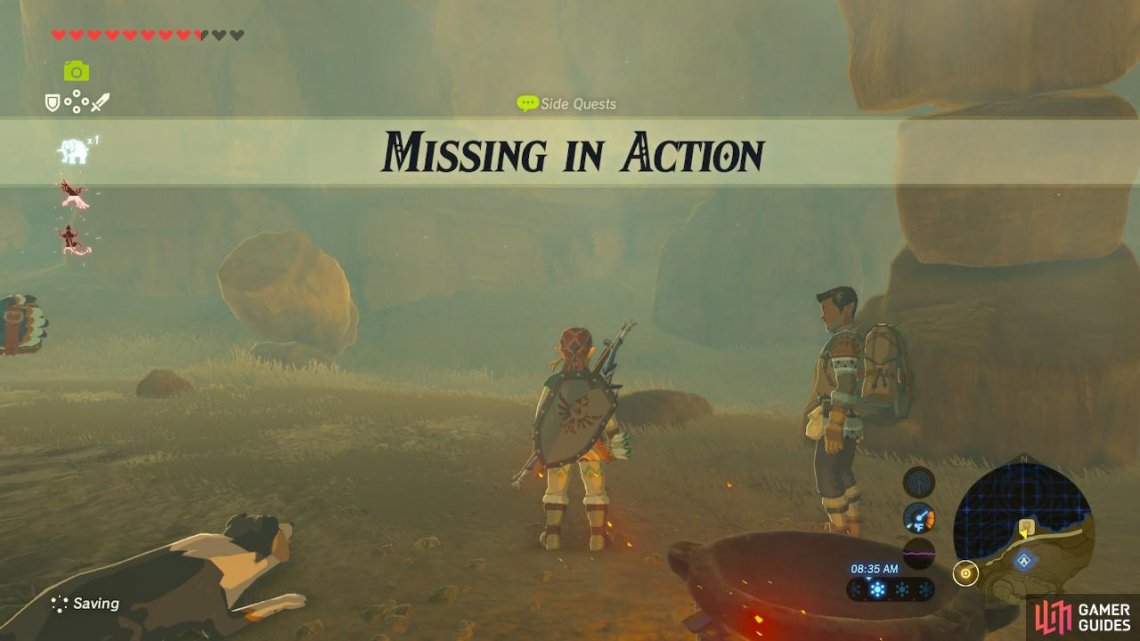 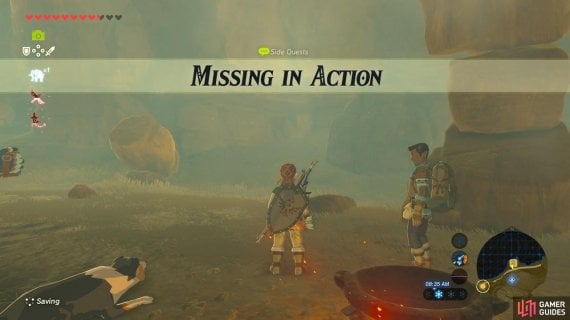 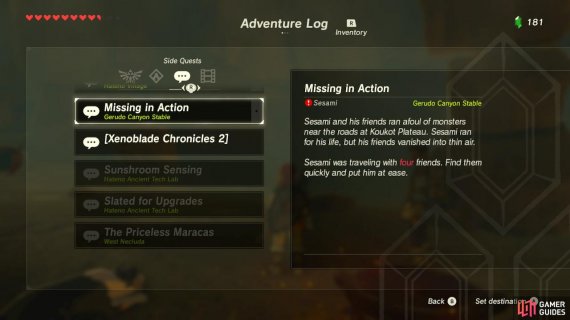 Looks like some friends have gone missing (left), This sidequest is moderately long and requires defeating a lot of Blue Bokoblins (right)

Kick off this sidequest by talking to Sesami, an NPC at the Gerudo Canyon Stable. His friends went missing and he needs your help finding them. Specifically, he can’t find Paime, Flaxel, Canolo, or Oliff. So let’s start looking. 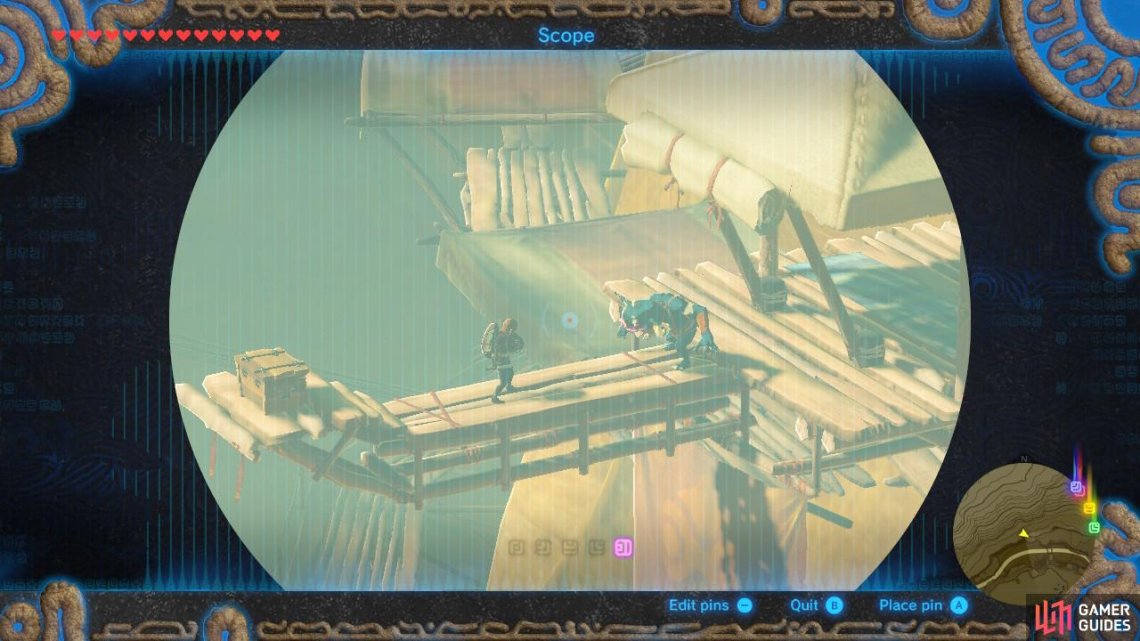 Flaxel is located where the path through Koukat Plateau bends from going north to going west towards the Gerudo Canyon Stable. Flaxel is being harrassed by two Blue Bokoblins. Once the Blue Bokoblins are dead, tell Flaxel about Sesami and how he is waiting for his friends. Flaxel will leave. 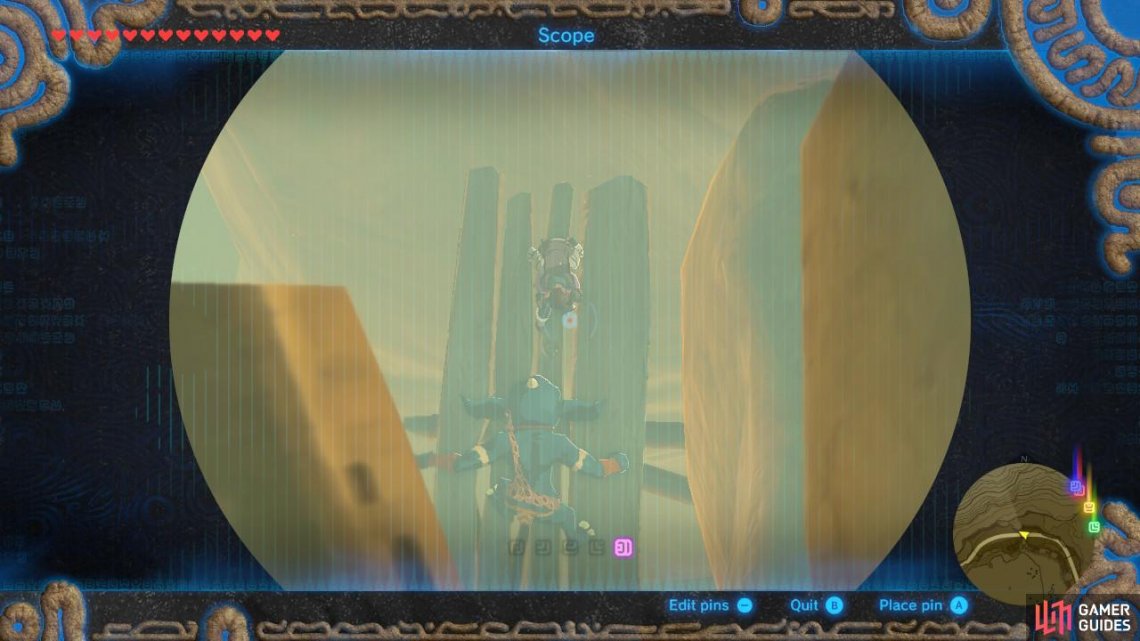 Canolo is located a level beneath Flaxel in the same area and again is being harrassed by two Blue Bokoblins. Defeat them and tell Canolo about Sesami to get her to leave as well. It seems like Sesami is in for an unpleasant reunion. 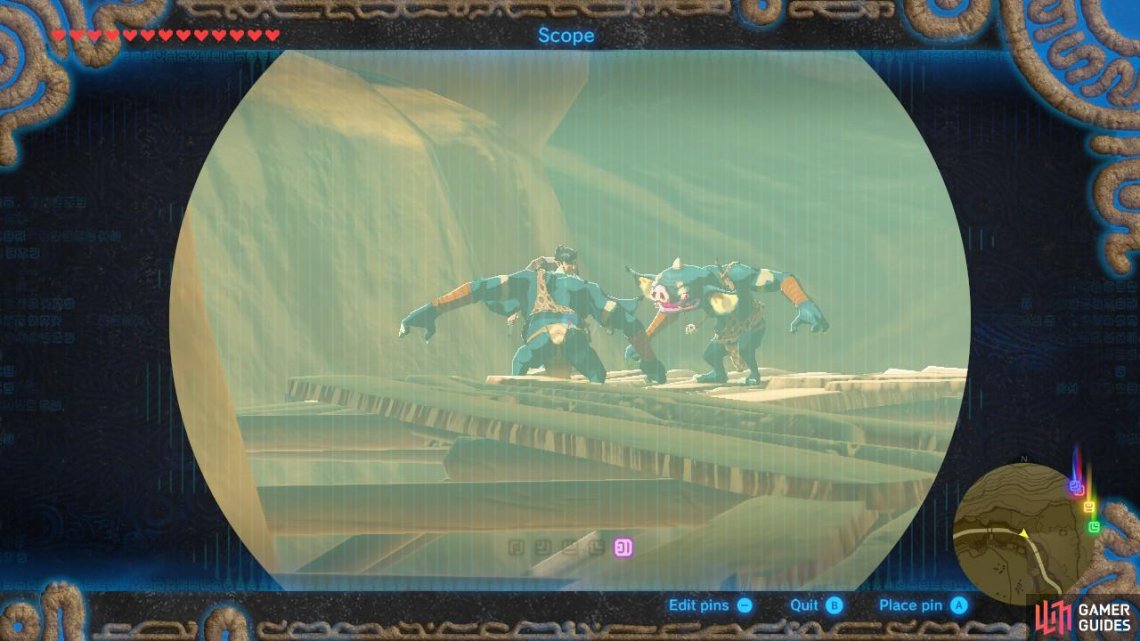 Oliff is located east of Flaxel and Canolo and is on the same level as Canolo. If you are going from Canolo to Flaxel there are three Blue Bokoblins in the way between you and Oliff. Oliff is then being harrassed by two more Blue Bokoblins. Dispense of them and send a surprisingly not-angry Oliff on his way. 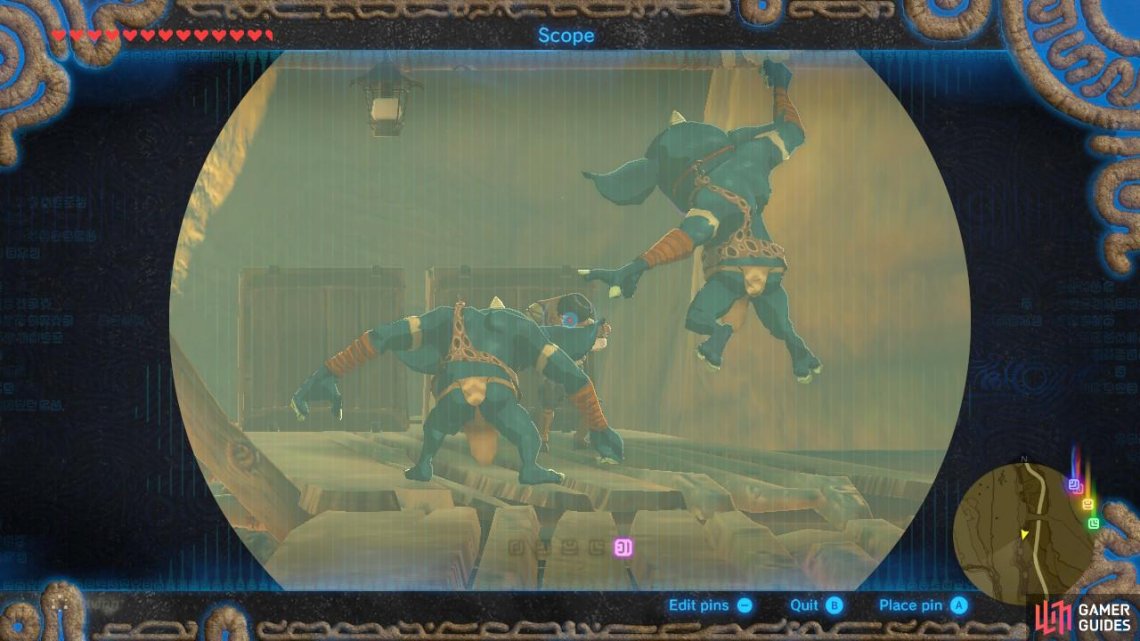 Finally, it’s time to hunt for Palme. She is far to the south. If you just finished finding Oliff, keep following the boardwalk south until you reach the dead end where she is. You will run into a few lone Blue Bokoblins along the way.

Now that you have found all of Sesami’s friends, you can return to the Gerudo Canyon Stable and speak with Sesami. As a reward, you will receive a gold Rupee worth 300 Rupees. Nice! Unfortunately, it looks like this is the end of Sesami’s friendship. Friends come and go in this world, apparently.