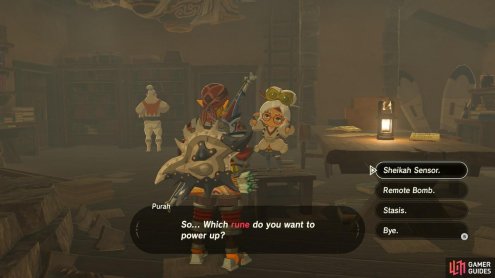 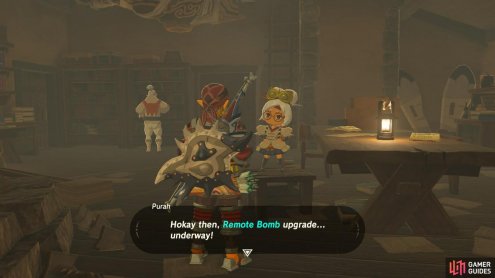 Slated For Upgrades will let you upgrade the powers of your Sheikah Slate, so it’s highly recommended you do this as soon as you have obtained some Ancient materials, which can be scavenged from dead Guardians, will drop from live Guardians that you defeat, and are frequently found in chests all over Hyrule. 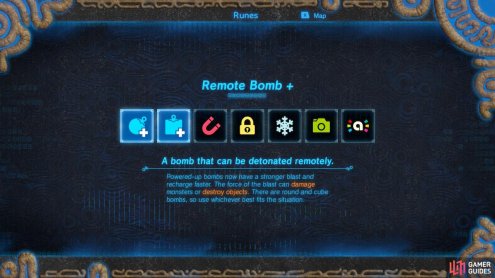 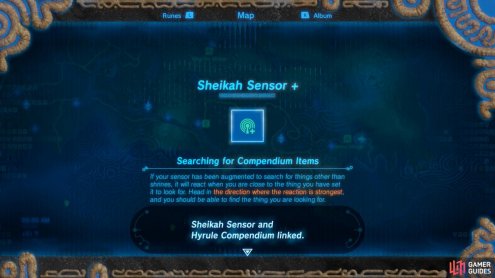 Stasis can be upgraded to Stasis+ by giving Purah three Ancient Cores. The cooldown will drop and the time the object stays in Stasis will last longer. This is especially useful if you want to freeze bosses lik the Ganon Blights, for which regular Stasis is effectively useless.

Speak to Symin after upgrading the Sheikah Sensor for a sidequest teaching you the power of the new sensor.