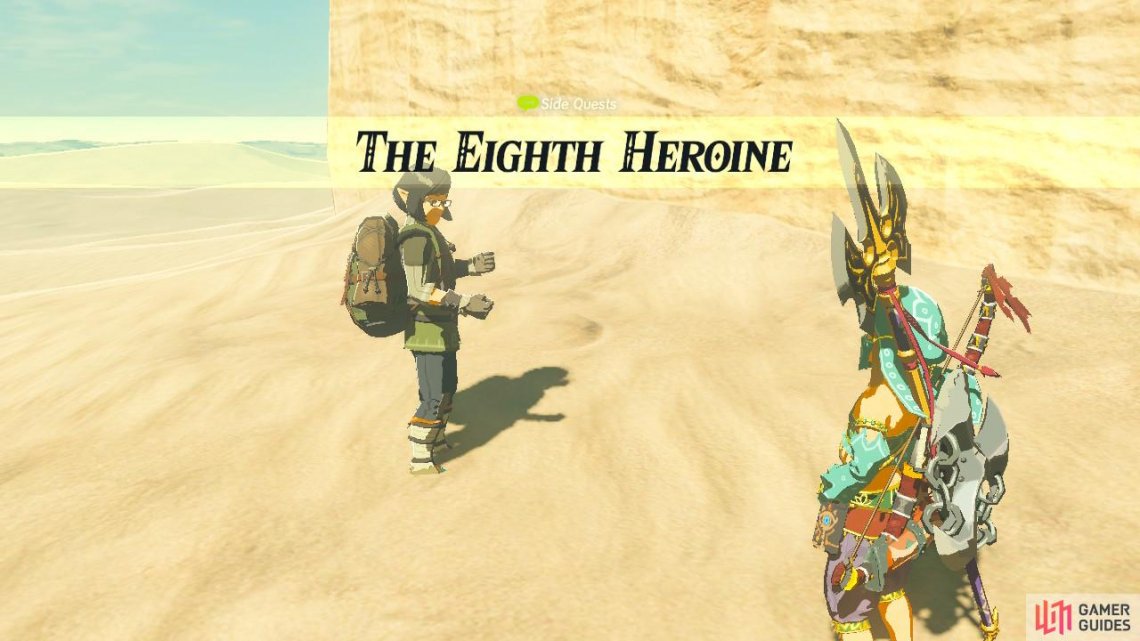 You have to have completed the main quest “Forbidden City Entry” before you can activate this sidequest. Learn more about it here.

Talk to Bozai. He is an NPC who likes to job around Gerudo Town. You have to be wearing the Gerudo Armor because he only talks to girls. He will attempt to woo you by telling you he will give you his valuable Sand Boots if you can do him a favor. He wants to see a picture of a statue called “The Eighth Heroine”. 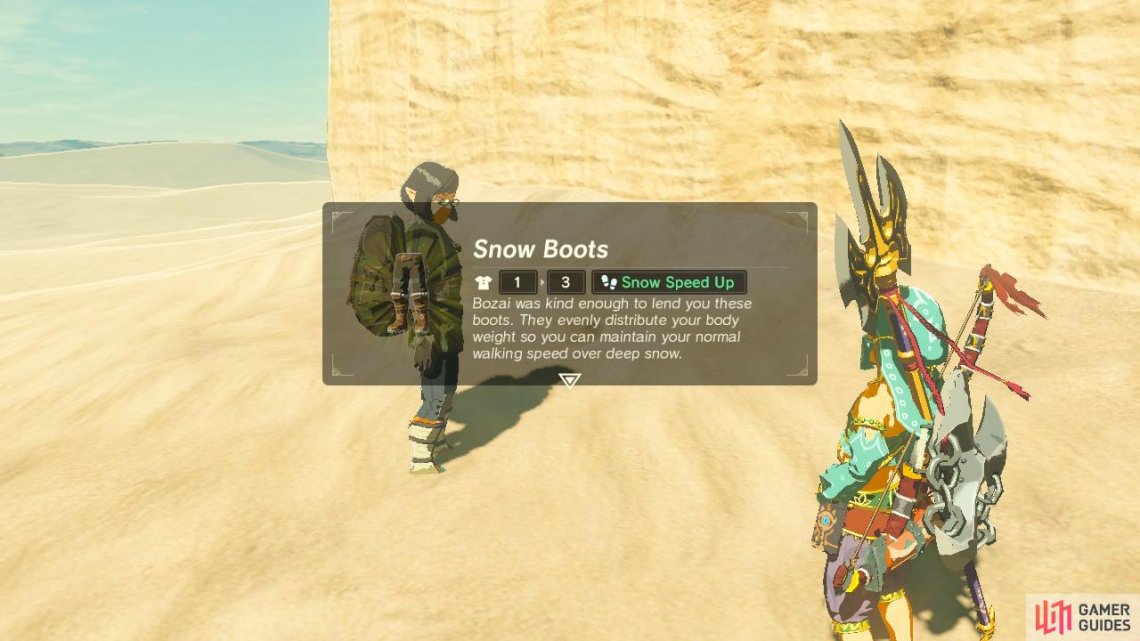 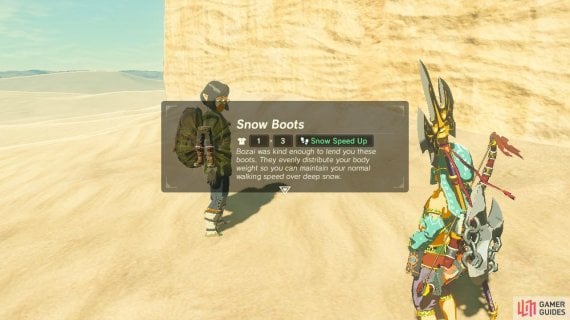 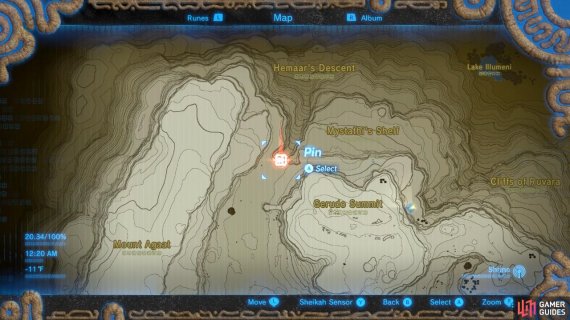 You can use these Snow Boots just to help you get to the statue faster (left), Here is the location of the statue. (right)

To help you get there, he will loan you the Snow Boots. You can wear them or not, it’s up to you. They do help, though.

The statue in question is actually visible from the map! West of the text “Gerudo Summit” and south of the text “Hemaar’s Descent” you will see what looks like two arms stretched out inside a cranny. Go ahead and pin it and start heading through the highlands area. It’s cold, so pack some armor.

Note: There are treasure chests hidden in the snow all throughout the path, so keep Magnesis on to pull them up! But if a chest does not show that it will react to Magnesis, it might be an Octorok posing as one. 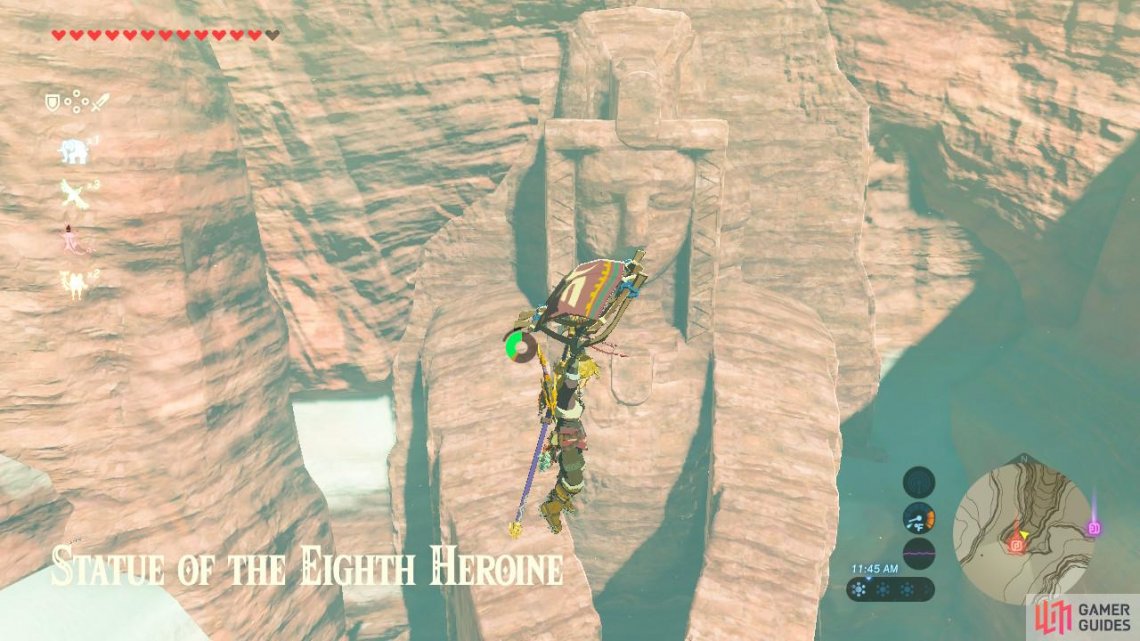 (1 of 2) The statue stands proudly in a valley, so Paraglide to her 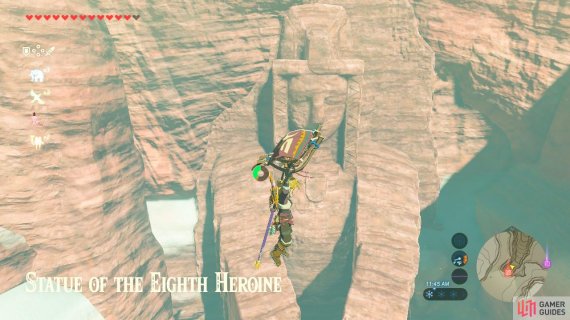 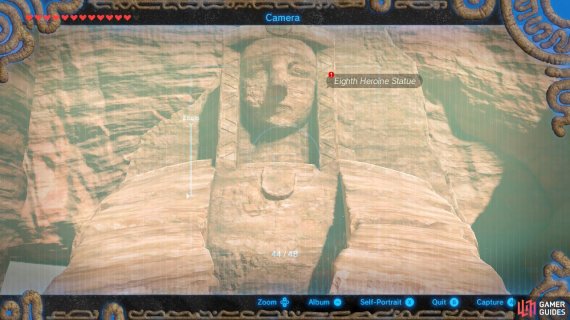 The statue stands proudly in a valley, so Paraglide to her (left), Take a picture like shown (right)

Once you have reached the Statue of the Eighth Heroine, you will want to Paraglide down to her outstretched hands. Then, take a photo of her upper half like shown, zoomed as far out as you can and including her face. 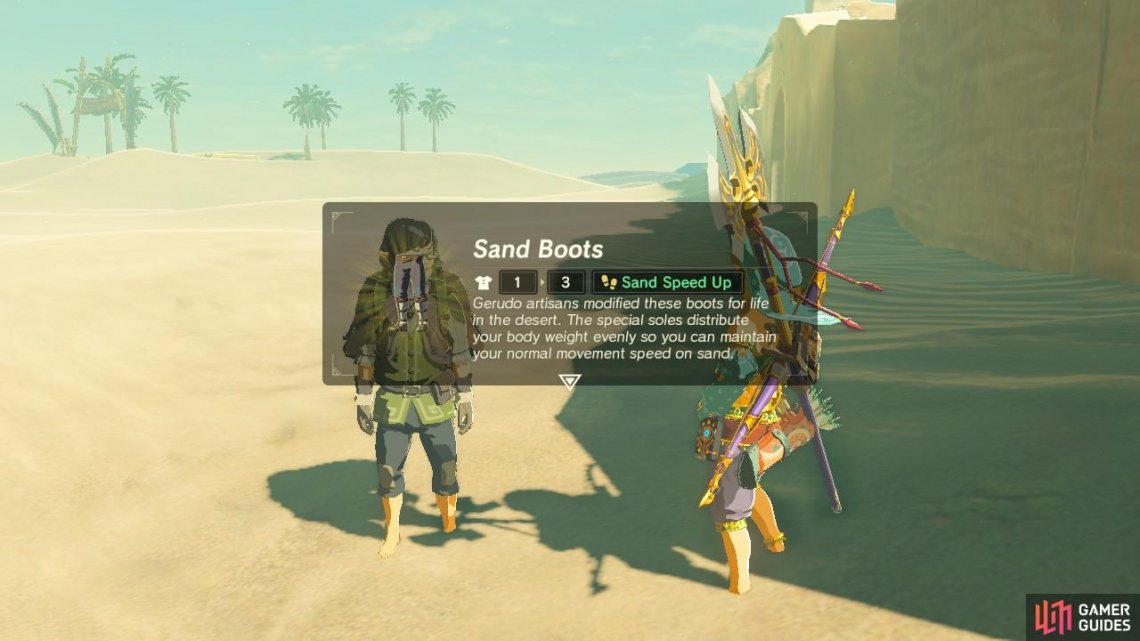 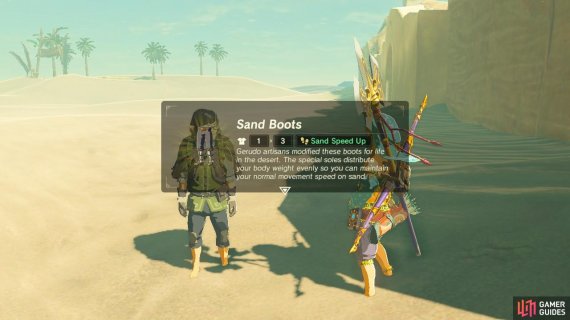 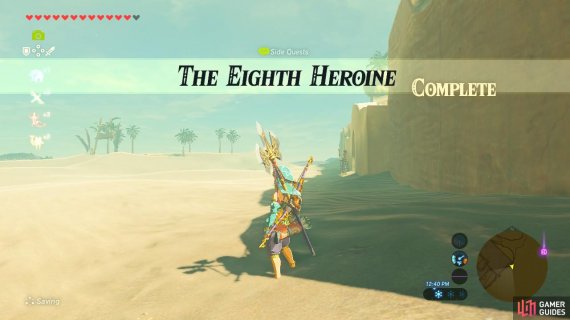 You will be gifted the Sand Boots as promised (left), Talk to Bozai again once he’s under the tent for another sidequest from him (right)

Return to Gerudo Town and track down Bozai so you can show him the photo. He will then give you the precious Sand Boots but you will have to return the Snow Boots. No worries though, because he has another sidequest for you later that will let you get the Snow Boots back. Check out “The Forgotten Sword” here.