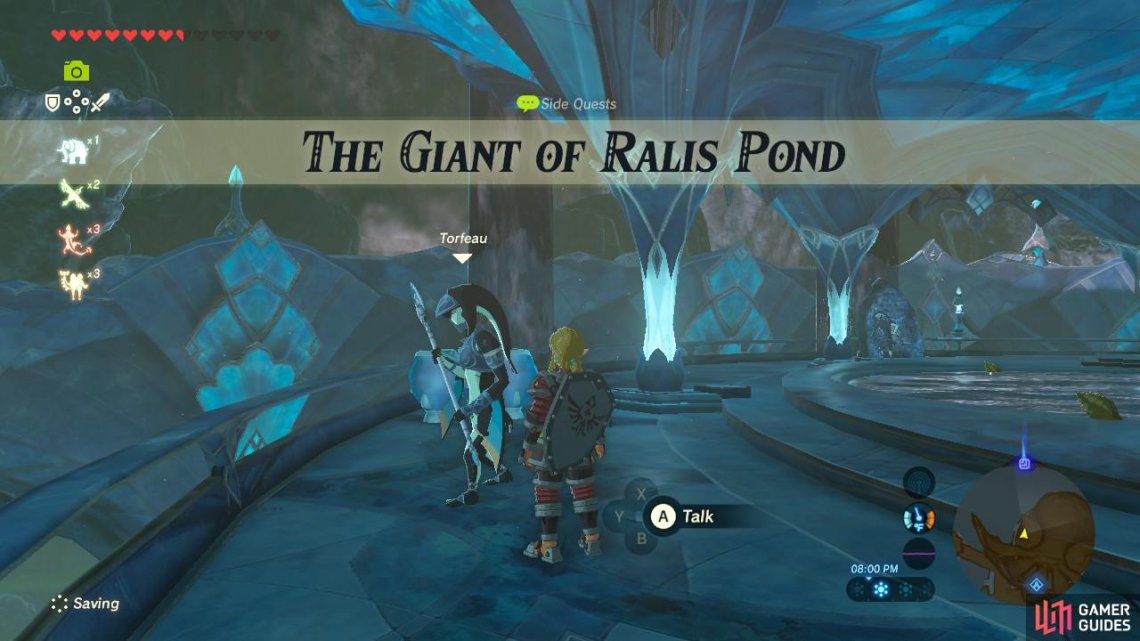 (1 of 2) This sidequest involves defeating an overworld boss, so be prepared 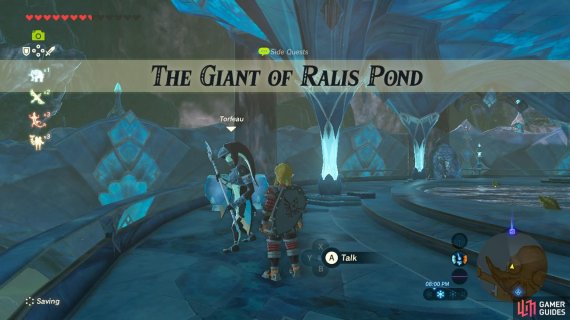 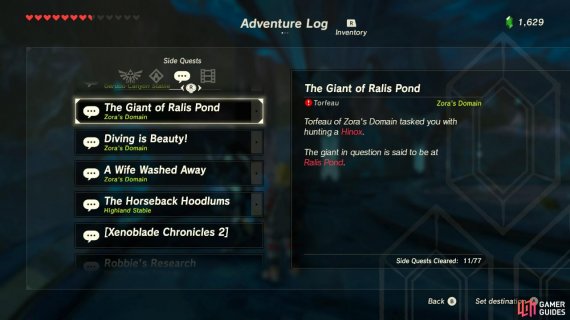 This sidequest involves defeating an overworld boss, so be prepared (left), Depending on your loadout, it could be easy or difficult (right)

The Giant of Ralis Pond¶

To access this sidequest, you need to have completed the main quest “Divine Beast Vah Ruta”. Learn more about it here.

Talk to Torfeau at Zora’s Domain. He is practicing with his spear and wants you to complete a challenge, if you’re up to it. There is a Hinox at Ralis Pond and he will charge you with the task of defeating it.

If you have already defeated the Hinox, simply talk to him again. 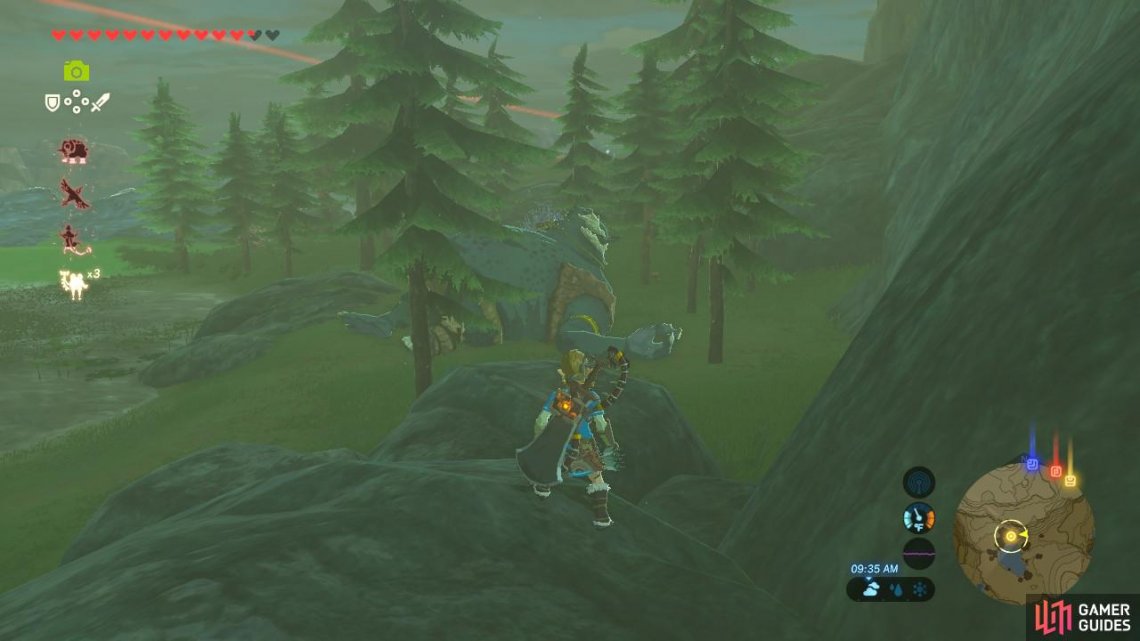 (1 of 2) Hinoxes are actually scattered all around Hyrule, and they are always sleeping 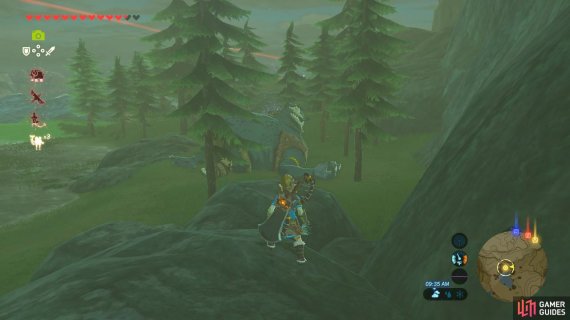 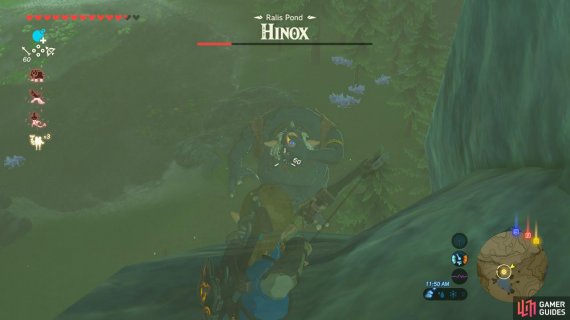 Hinoxes are actually scattered all around Hyrule, and they are always sleeping (left), If you stand here, you can attack the Hinox and it cannot attack you back. Brutal! (right)

Otherwise, let’s go find this Hinox. Ralis Pond is labeled clearly on your map and the Hinox is sleeping right at the shore. Hinoxes are giant, overworld bosses that resemble some sort of unholy cross between a Moblin and a Cyclops. They wear a lot of weapons around their neck which if you are stealthy, you can actually steal while they sleep.

The Hinox’s biggest weakpoint is its eye. If you shoot its eye, you will temporarily blind it during which time it will simply cover its eye in pain. To protect itself, the Hinox will frequently attack with one arm and cover its eye with the other, but a well-aimed arrow can slip through its fingers.

If you do not feel like fighting the Hinox head-on, you can climb up to a nearby cliff and throw cleverly aimed bombs or fire arrows without fearing a counterattack. 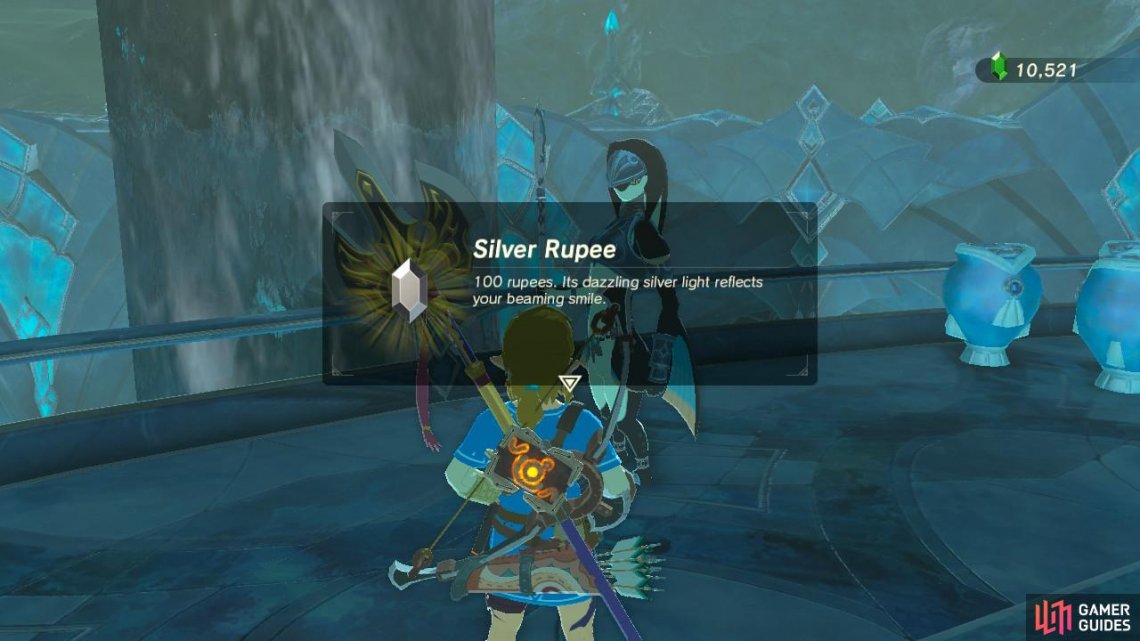 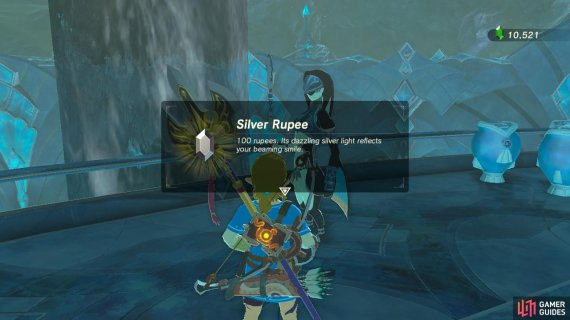 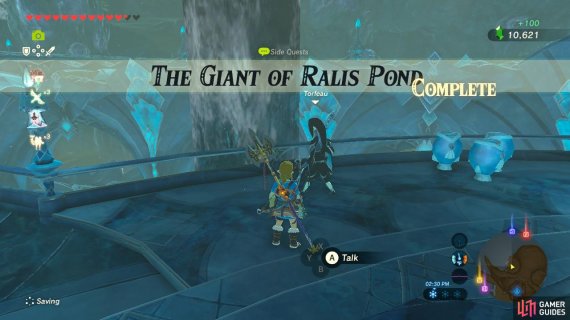 For your efforts you gain 100 Rupees (left), Next time there is a Blood Moon, the Hinox will respawn (right)

Once you have defeated the Hinox using whatever method you chose, return to Torfeau and he will give you the reward of a silver Rupee worth 100 Rupees.