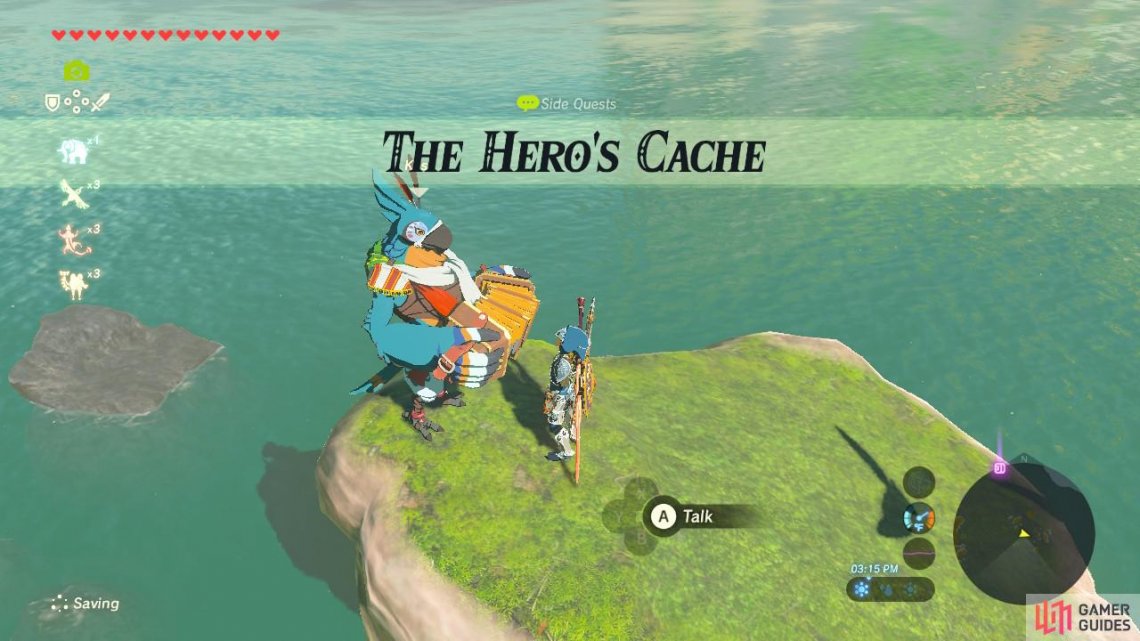 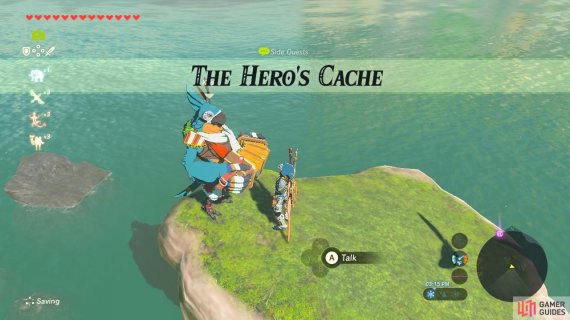 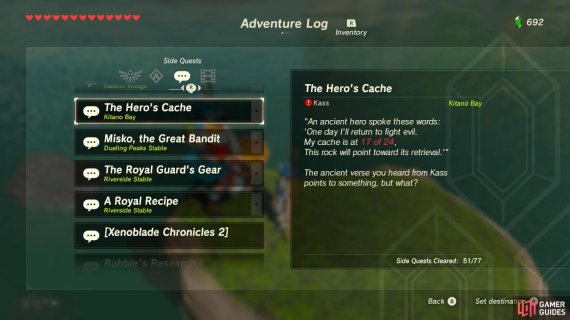 This is one of Kass’s many side and Shrine Quests that he has to offer (left), This particular one is centralized to this location and is pretty simple (right)

Kass, the accordion-playing Rito who travels all over Hyrule, is standing out on the tallest rock column in Kitano Bay near Hateno Village. It’s easiest to reach by Paragliding from the nearby Ancient Tech Lab. 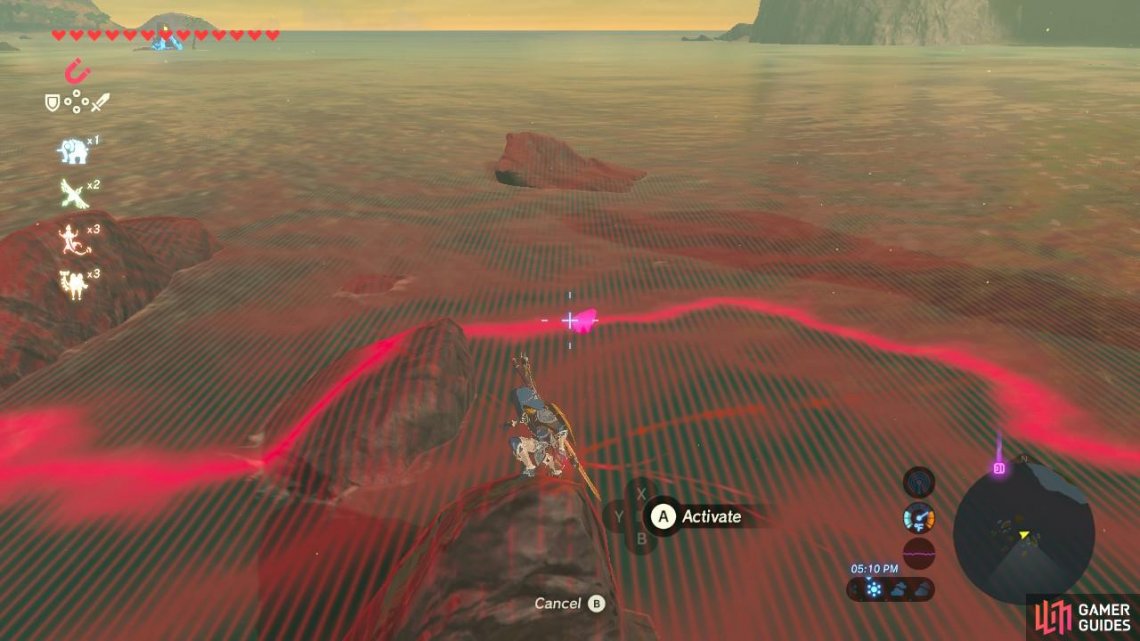 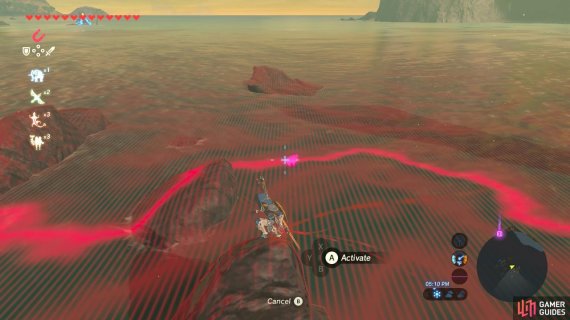 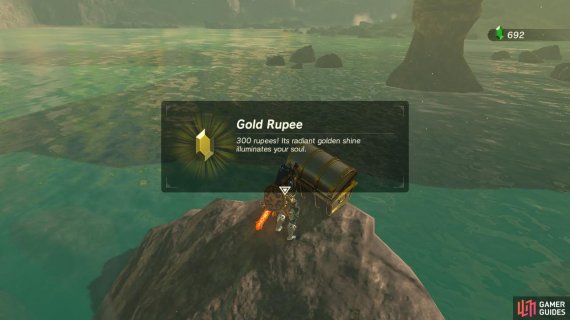 The chest won’t show up until the time indicated by Kass’s song (left), You will get yourself a shiny gold Rupee! (right)

Paraglide directly east in the direction Kass is facing as he plays the accordion. Scope out the area with Magnesis and you will see the treasure chest. Pop it open for a shiny gold Rupee worth 300 Rupees!