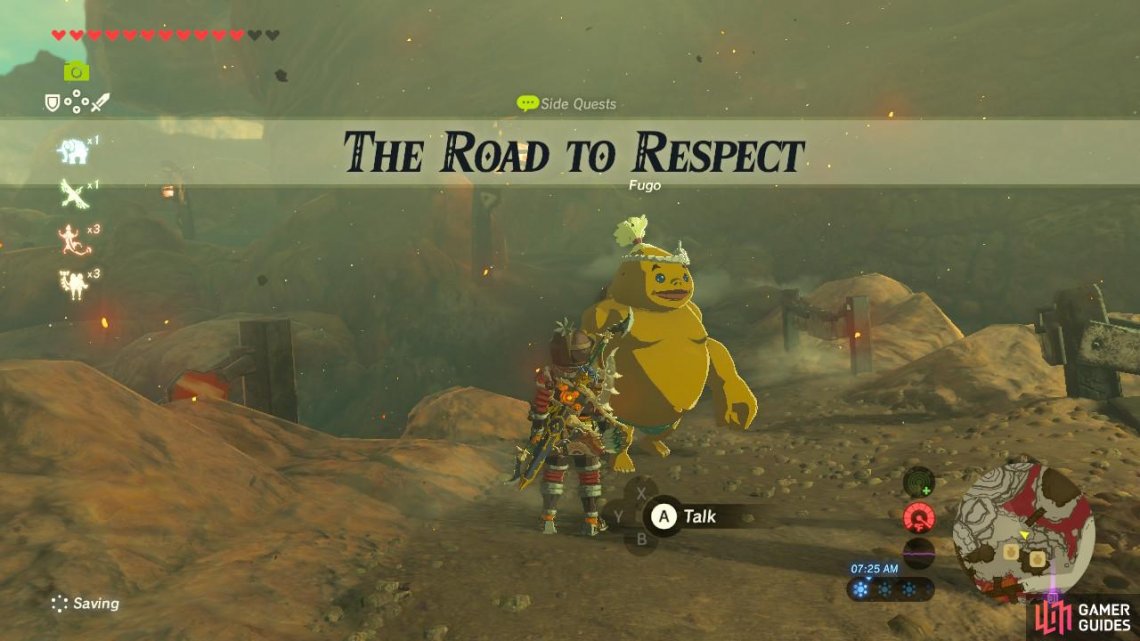 (1 of 2) This sidequest involves defeating an overworld boss 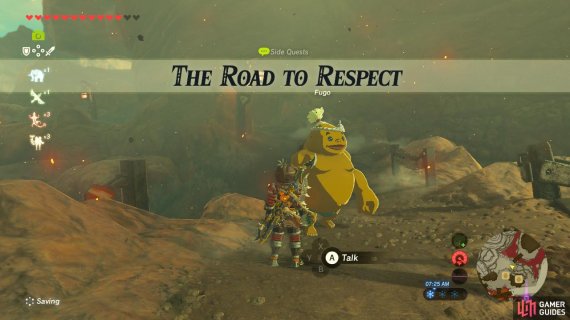 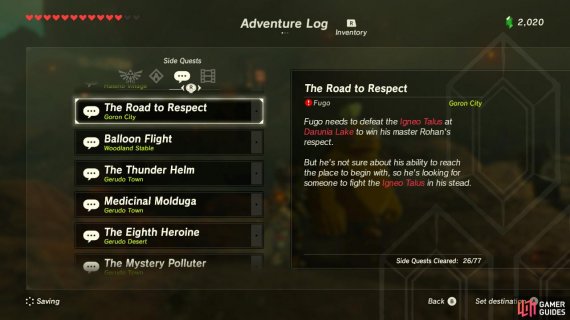 This sidequest involves defeating an overworld boss (left), Mark it on your map and let’s head out (right)

You can unlock this sidequest by speaking with Fugo. He’s hanging out at Goron City. He will talk about how in order to move up in his apprenticeship, he has to defeat an Igneo Talus at Darunia Lake. Unfortunately, he’s not the most courageous and he will ask you to go defeat the boss on his behalf. 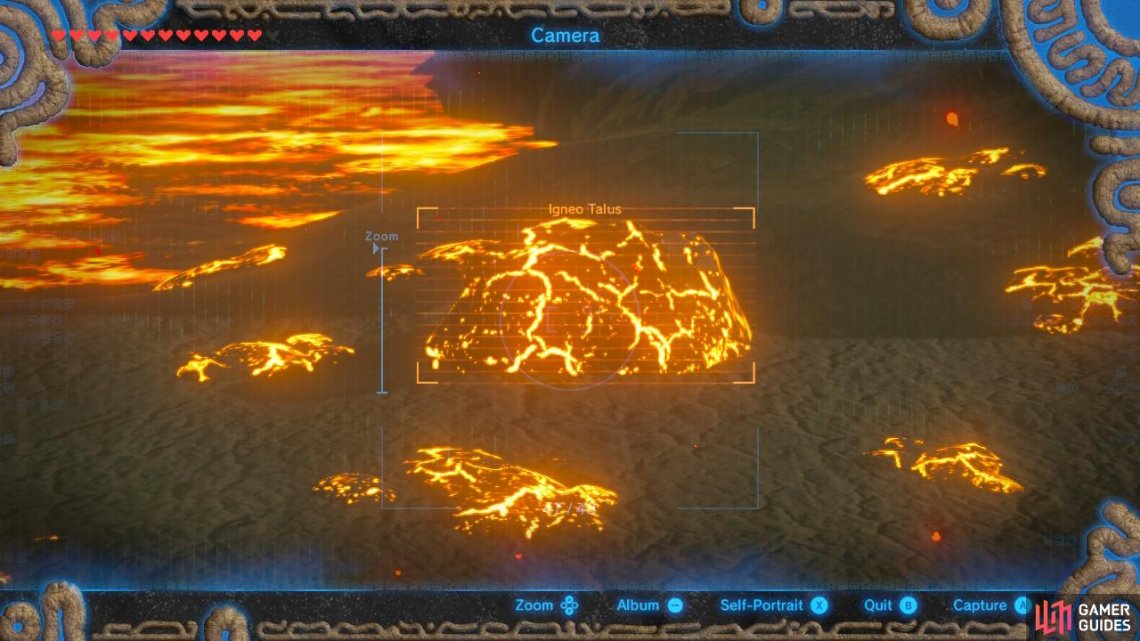 (1 of 2) This giant rock is the Igneo Talus hiding 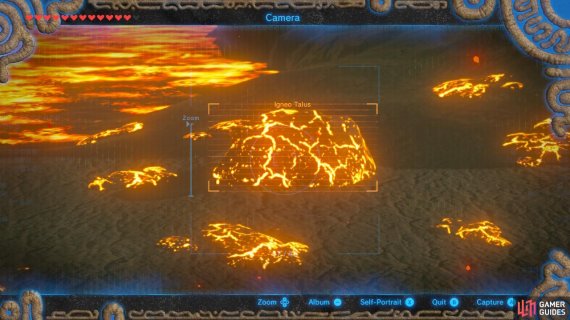 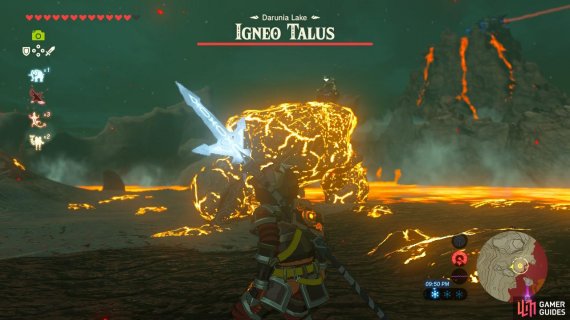 This giant rock is the Igneo Talus hiding (left), Get close to it and it will emerge from the ground to confront you (right)

The Igneo Talus can be found northwest of the North Abandoned Mines near a bunch of Luminous Stone ores. It is the large lava rock in the middle of teeny puddles of lava. Get close to it and it will pop out of the ground, ready to attack you. An HP bar will also appear.

The easiest way to defeat the Igneo Talus is to cool its body with ice weapons or Ice Arrows. This will cause the Igneo Talus to collapse. Then climb up its body to hit its weak point with a charged spin attack using your most powerful weapon for massive damage. 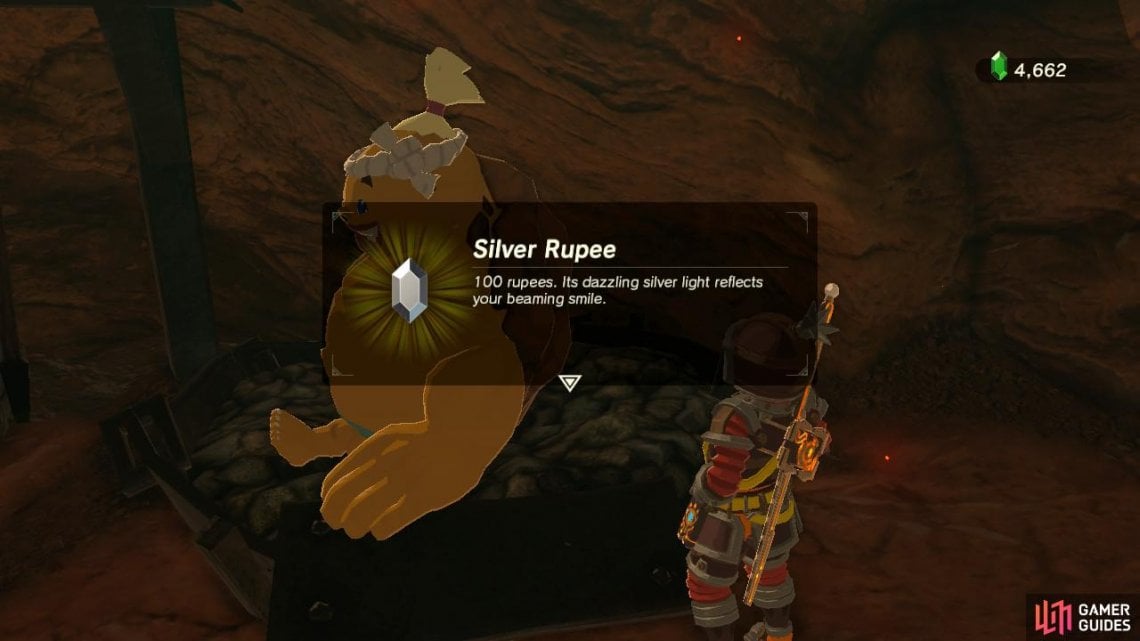 (1 of 2) If you talk to him later, he’s actually too scared to tell the boss about it 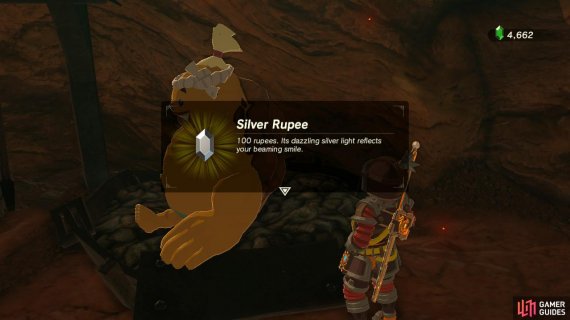 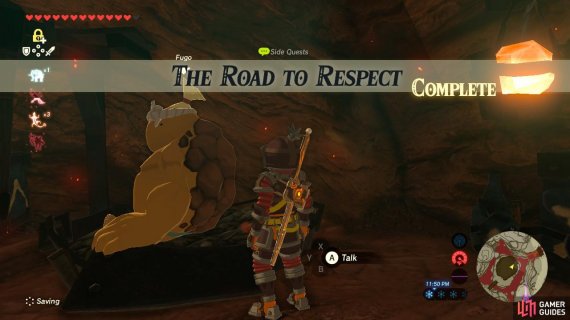 If you talk to him later, he’s actually too scared to tell the boss about it (left), It seems like it’s not that easy to buy an achievement after all (right)

Once the Igneo Talus has been defeated, return to Fugo. He will offer to “buy your achievement” for 100 Rupees. Accept for your reward, a silver Rupee!