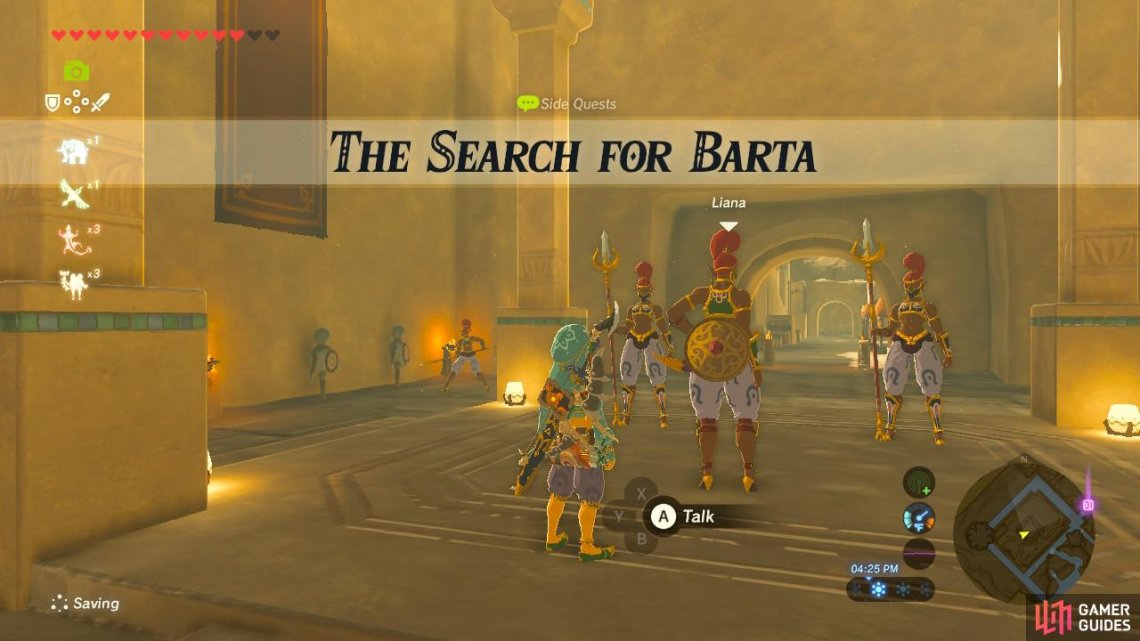 (1 of 2) This quest involves finding a missing Gerudo. 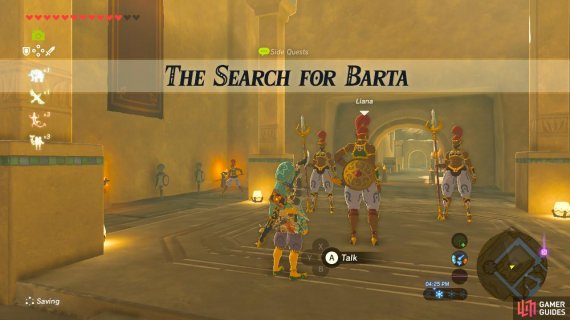 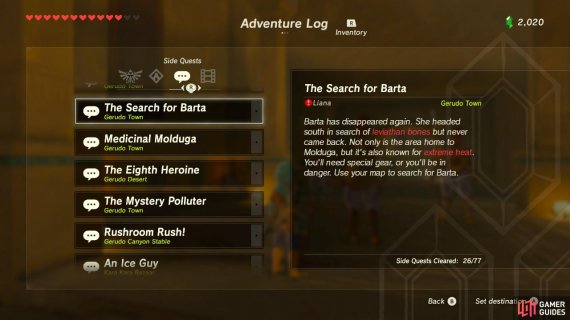 This quest involves finding a missing Gerudo. (left), It’s not too hard because there are no bosses involved, just finding someone (right)

You will be able to access this sidequest after talking to Riju to unlock the Thunder Helm, which you can learn about here. 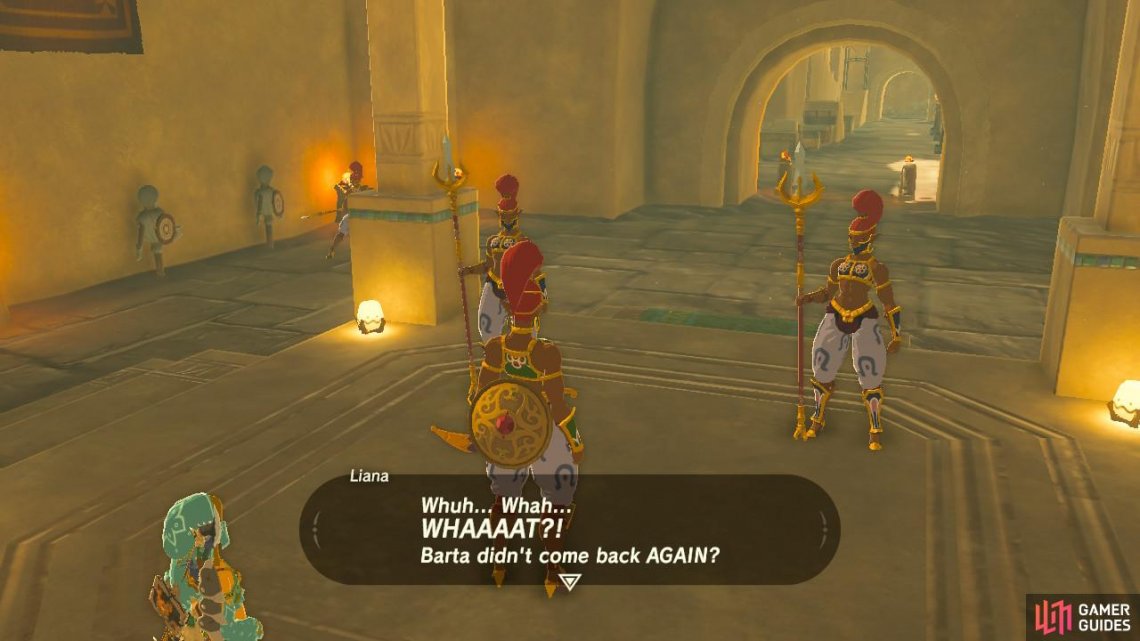 Go to the soldier’s training quarters and talk to Liana. She will learn that Barta, the Gerudo who you had to rescue at the Yiga Clan Hideout, has gone missing again. Barta apparently wanted to go investigate “leviathan bones” and left of her own accord. Unfortunately, where she went is so hot that even heat-resistant gear can’t protect you from damages. And the Gerudo don’t seem to be exempt from it either, so let’s go find Barta and bring her back. 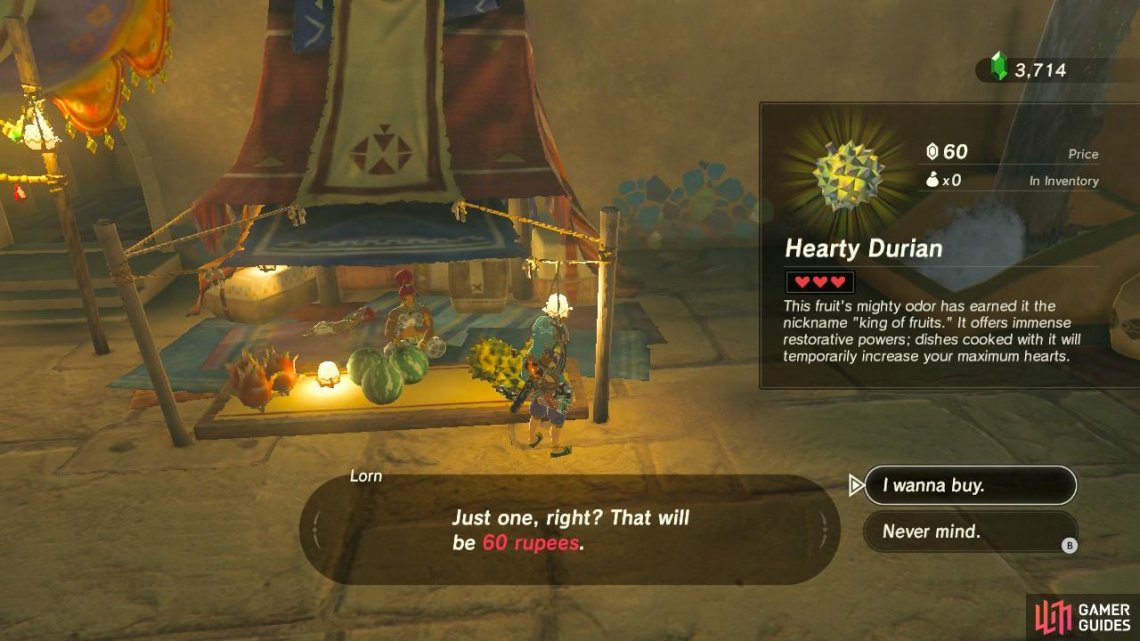 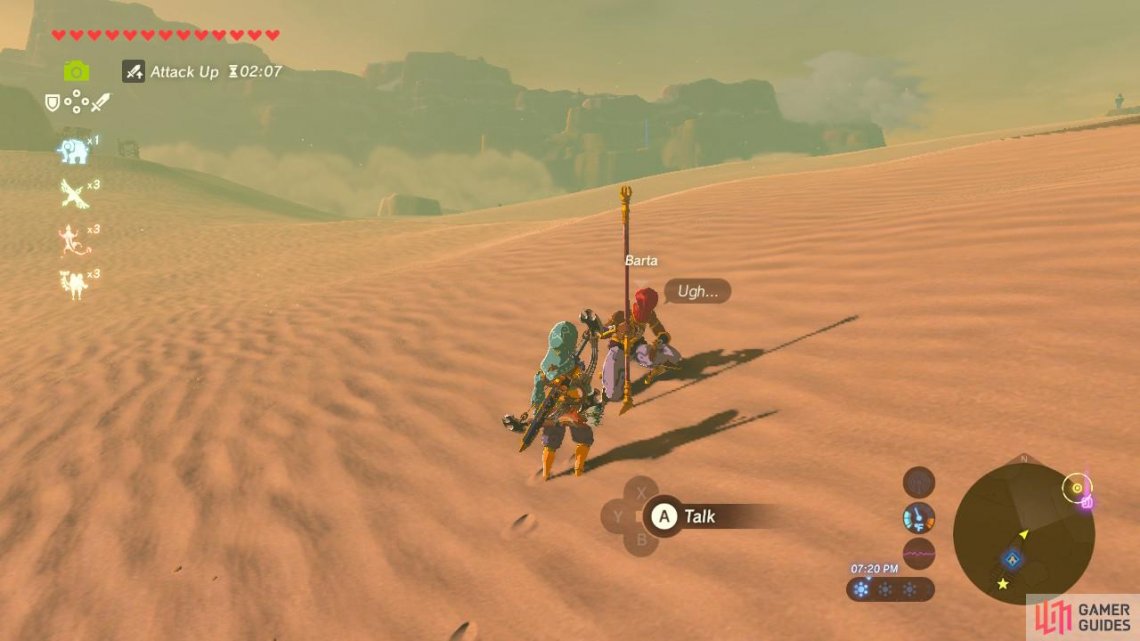 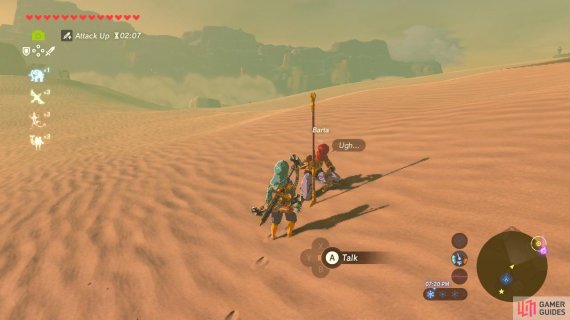 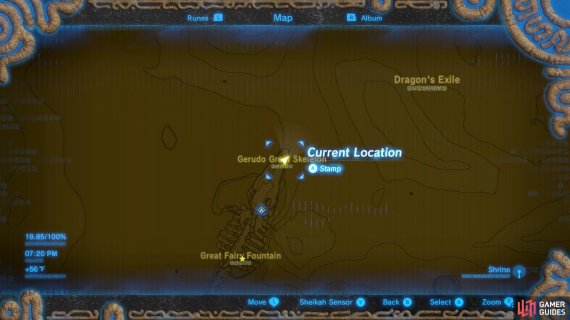 Barta is collapsed on the sand (left), Here is the location of Barta. This is in the far southwestern corner of Hyrule (right)

If you have already discovered the Great Fairy Fountain in the far southewest corner of Gerudo Desert and the Hawa Koth Shrine that’s near it, you can simply fast travel there. If not, ride on a sand seal in a straight southwest trajectory. You will go through a sandstorm but do not deviate from your path.

Eventually you will arrive at the Shrine and the Great Fairy Fountain standing amidst the giant bones of some long-dead creature. Barta is right behind the Shrine, underneath the tip of the snout of the skull. Talk to her and she will want a Hearty Durian. Give her your Hearty Durian and she will leave back to Gerudo Town. 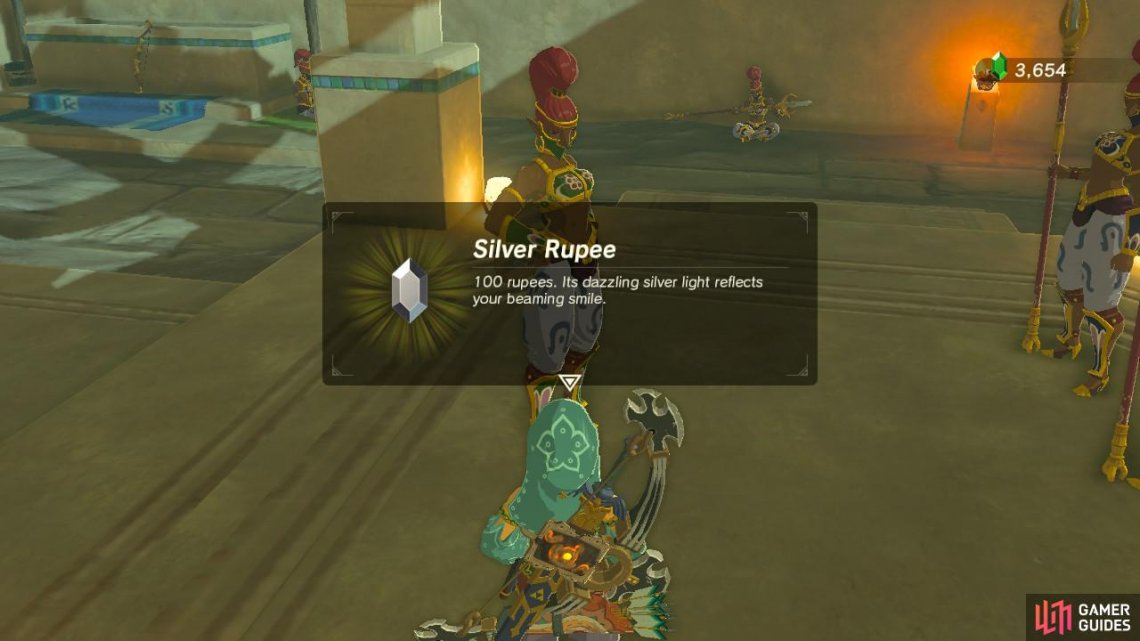 (1 of 2) You will get some money for helping out 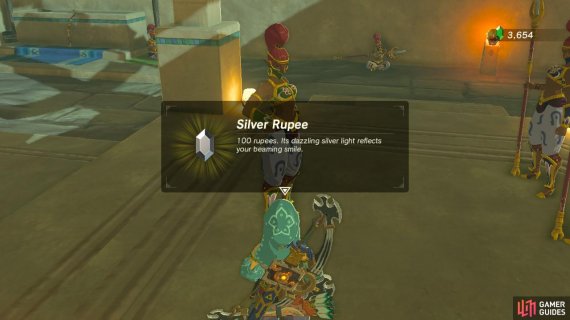 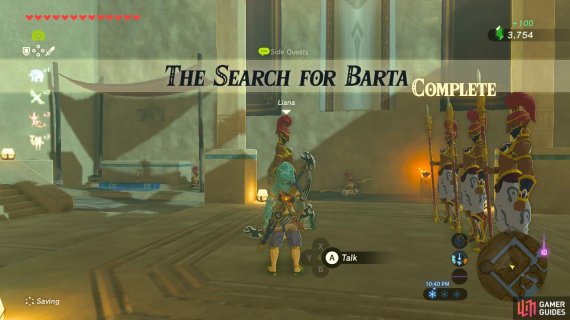 You will get some money for helping out (left), Hopefully Barta learns her lesson (right)

Speak with Liana back at the soldier’s training quarters and for your troubles, you will be given a silver Rupee worth 100 Rupees.